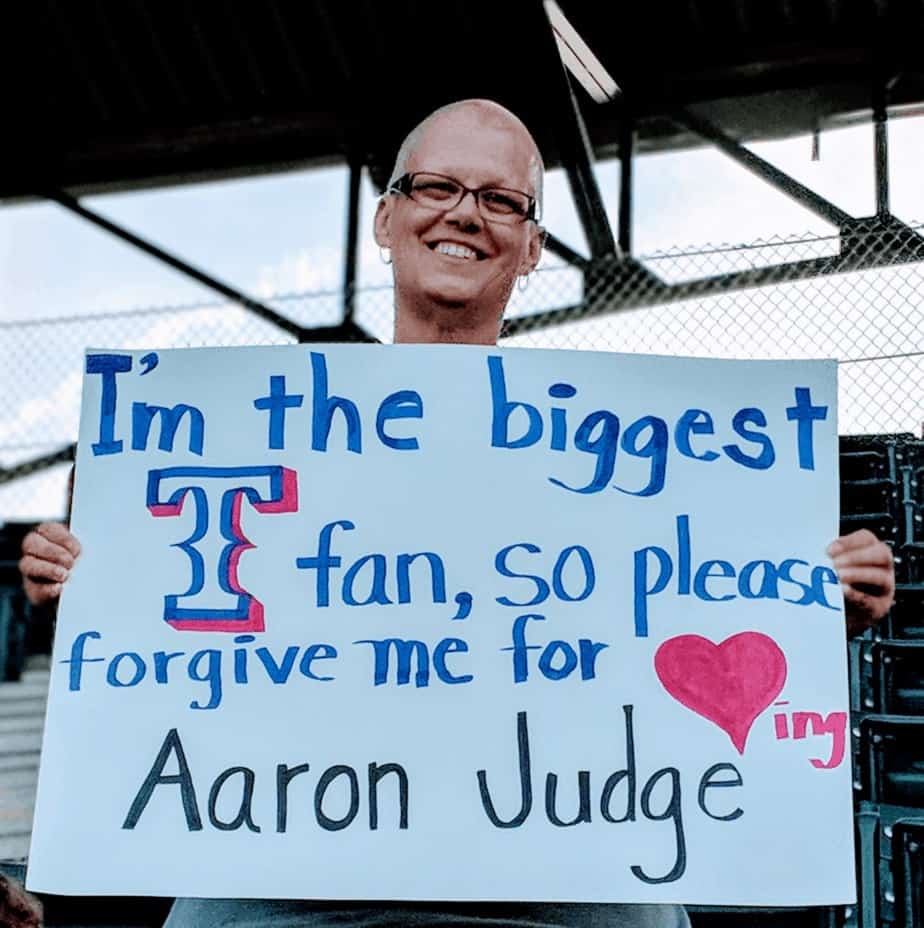 In my 38 years of existence, 2019 was probably the hardest one yet. I don’t really know where I’m going with this post other than to share a little bit about my life during this last year and more pictures that I took at Dr Pepper Ballpark this year.

We had a couple of weddings to attend on the year. The first was for my sister in law in Charlotte North Carolina. The wedding itself was amazing- how can it not be when beer, dancing and bundt cakes are involved?

The location was an old firehouse community center. The only unfortunate thing about the timing was that it wasn’t during baseball season but I did take a walk from our hotel in downtown to BB&T park.

BB&T is home to the Charlotte Knights, which is the Triple-A affiliate of the Chicago White Sox. It’s a beautiful ballpark and I will be going next time we’re in town.

I started Criswell’s Clubhouse Chatter in 2018 which is where myself and other fans blogged about the Texas Rangers. I decided that I’d like to focus more on the farm system instead of the Majors as we’ve got tons of beat writers that cover the Rangers. I started this site in February of 2019 to learn more about the Rangers farm system and whoever wanted to tag along and learn with me was more than welcome. I figured I should try and apply for credentials with the Frisco RoughRiders.

Luckily, I was approved and of course I texted my mom and later called her to let her know. My mom was just like every other mom- her children were her world. She was proud and excited that I was approved for credentials.

My first experience was on Media day before the season started. I was nervous as I’m naturally shy and this was definitely out of my comfort zone. I get checked in and then walk towards the home plate area and see John Moore, the recliner nerd-come walking by. Minutes later I see a familiar face walking up. It was Evan Grant of the Dallas Morning News. I also met Ryan Rouillard, Sean Bass and saw Jared Sandler. Everyone I met was extremely nice and made me appreciate their work even more.

I was lucky enough to be able to meet Joseph Palumbo, the father of Joe Palumbo. John Moore has a fantastic story about his experience while watching the game with him. I was the the press box the whole time watching the spin rates from Palumbo. Let me just say, his spin rates are elite on that fastball.

My mom earned her wings

My wife and I have experienced quite a bit of death within the last year and a half. In 2018, we lost our surviving grandma’s (two on her side, one on mine). We often refer to 2018 as the year of death in our family which is something I hadn’t experienced much of in my 37 years at the time. Now, I realize death impacts people more than I ever thought it would.

My mom passed away on the morning of June 22, 2019. My life hasn’t been the same since then. I guess it’s safe to say that I’ve always been a mamas boy. Not a day goes by that I don’t think about her. I find myself wanting to call or text for a second until I realize that’s no longer possible. She was a great Christian example to me and my siblings. Over the last 6 months I’ve found myself in all the stages of grief. I’ve been sad, angry, depressed and I’ve taken it out on others. I knew the day was coming but my mom was young and had a fighting spirit about her. When things started going south for her, they went in a hurry. The saying seems true to me, The good die young, she was 59 years young.

My mom was diagnosed with stage 4 pancreatic cancer in January of 2014. She told us before the appointment that she didn’t want to know what stage it was, she just figured that she had cancer. My whole family went to her Dr Appointment when the Dr told us it was stage 4 pancreatic cancer. My heart sank as I put my hand on her shoulder. The Dr said ” there are patients that have lived for 2 years”, then she said, ” I’m going to be one of them” as she raised her arms in the air. She lasted over 5 years with a diagnosis that most people die of within 6 months. She valued her prayer warriors as did the rest of my family and gave the credit to the great physician, God. She praised God while I am angry but also grateful that we got 5 years.

My mom is the reason I love baseball

My parents used to take me and my siblings to Ranger games in old Arlington stadium. We used to I grew up on baseball but never really had the deep appreciation for the game until I was older. My mom and I bonded over baseball. We both shared a love for Pudge, Nolan, Juan Gone, Boochele, Michael Young, Beltre and just about anyone to ever put on a Rangers uniform. She loved Odor over the past few years as well. She was the one I talked baseball with and it brought us closer together.

After her death, I went to more Frisco RoughRiders games. Before she passed, she let me borrow her camera to take nice pictures for the blog. Most of the pictures you see in the blog were taken with her camera so I felt like she was with me at the games even after she passed.

More pictures from the season

Another wedding, this time in WI

We had another wedding to attend in October. It was my wife’s cousins wedding. He’s a Brewers fan who cheers for the Rangers if they make the postseason and I usually do the same since my wife’s family is from up North. His wedding was amazing as well and I probably drank more Miller Lite than I have in the previous 5 years combined.

We closed out the year by going to Bass Hall and seeing Robert Earl Keen in concert. It’s a family tradition, thanks to my father in law.

Of course I have to give a shout out to my wife. We celebrated our 9th anniversary this October. She has been a rock for me especially when it hasn’t been easy. She’s been more supportive over the last year than I ever thought possible. Being credentialed and running a blog takes some time away from the family. Luckily my family also loves going to RoughRiders games together.

The experience of being credentialed is something that I will never forget and I’ll always be thankful for the opportunity. As we enter into the 2nd day of this new year I hope you find health and happiness. Stay tuned as we have more coverage headed your way! Stay blessed and we will see you at tbe ballpark. #LetsRide.