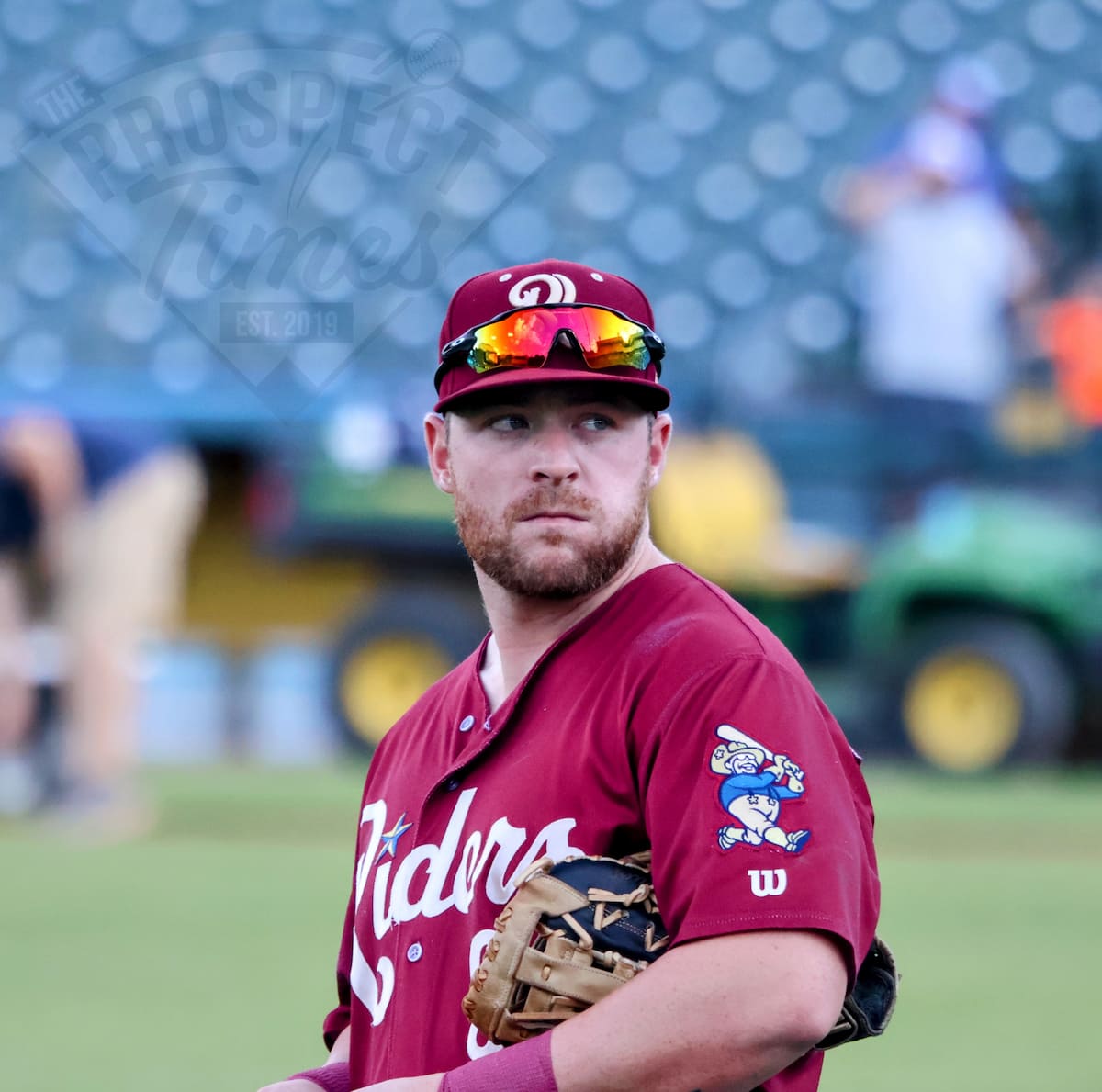 Blaine Crim had an outstanding series against the Amarillo Sod Poodles. In the six-game series he tied a franchise record.

The RoughRiders won four games of the six game series and Crim’s bat was a big contributing factor.

They all came in the series against the Amarillo Sod Poodles where the ball is known to fly out of the park in Hodgetown. If you can hit the ball hard, you can do damage. Blaine Crim’s specialty is hitting the ball hard and that is exactly what he did.

Blaine’s 5th game with a home run was on Sunday, the series finale against the Amarillo Sod Poodles. It was a grand slam that gave the RoughRiders the lead and helped maintain 1st place in the 2nd half of the season.

Trey Hair accomplished the same feat earlier this season prior to being released by the Texas Rangers.

In not so surprising news, Blaine Crim has been named Texas League Player of the Week.