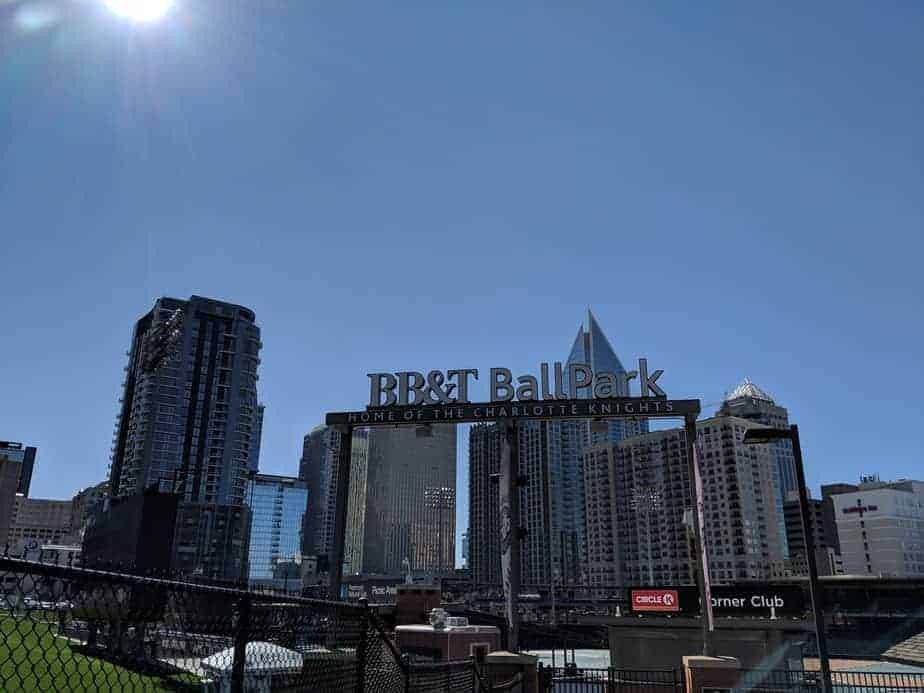 The Charlotte Knights are the Triple-A affiliate of the Chicago White Sox and play at the BB&T ballpark in downtown Charlotte that opened in 2014. It’s too early in March for it to be open but let me tell you, it’s nice a beautiful ballpark. The city as the backdrop is a perfect view.

We were in Charlotte at the time for a family wedding and I was getting steps in so I decided to take a walk to the ballpark. It’s right in Uptown Charlotte so if you are ever here during baseball season you need to go to a game. Click here for tickets.

Charlotte has a very rich Baseball history. Specifically the Charlotte Knights came about in 1993 when they moved from Double-A to Triple-A. They have been the affiliate of the Chicago White Sox since 1999 so they have a long standing relationship.

The Charlotte Knights finished 2018 with a record of 64-75 and finished in last place in the International League.

Charlotte Knights have a Top Prospect but not for long.

They’ve got Outfielder Eloy Jimenez who is 22 years old. He has had fantastic numbers the last couple of years. Last year in Double-A ball with the Birmingham Barons he hit .317 with 10 home runs and 42 runs batted in. That was in 53 games and he played in 55 games with the Knights. In Triple-A he hit for a better average of .355 with 12 home runs and 33 runs batted in. Now you see part of the reason he is ranked the number 3 overall prospect by mlb.com.

There doesn’t seem to be any reason why he won’t be on the roster shortly after the season starts. The only reason he wouldn’t be on the Other day roster is to delay his service time.

Eloy made his Major-League debut on March 28, 2019 and hit 31 home runs during his rookie campaign.

The Charlotte Knights 2019 season starts April 4th against the Durham Bulls, the Rays Triple-A affiliate at 7:04 PM. I will be going to a game next time I’m in town.