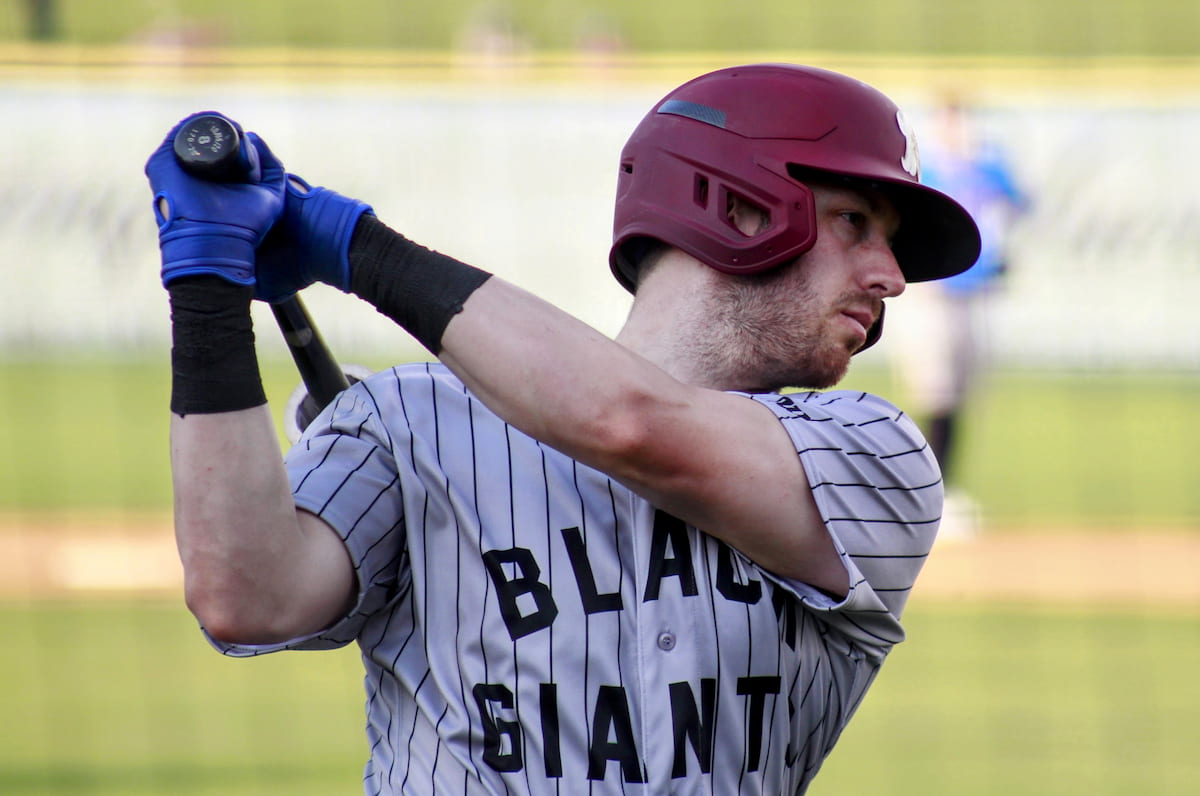 This is one game that I had circled on the calendar since it was announced that Kendrick would be in attendance. The wait didn’t disappoint.

The RoughRiders Dallas Black Giants uniforms are easily my favorite of the specialty jerseys. They’re crisp, clean and the pinstripes.

The first 1,500 fans through the gate got to take home one of these hats.

Prior to the game, Bob Kendrick, took part in a storytelling session that was split into two parts. The stories were amazing and he’s got plenty of them. You can check out the video clips on our YouTube channel.

Tim Brennan mase his 7th appearance of the season but his 2nd start.

The RockHounds jumped out to an early lead. Logan Davidson hit a solo home run (9) to lead-off. Brennan allowed a double off the bat of Max Schuemann but then retired the next three to limit the damage.

The Dallas Black Giants didn’t let the lead last. They tied the game in the bottom of the 1st inning. Blaine Crim hit an RBI-double off Midland starter, David Leal.

The Dallas Black Giants did the rest of their scoring in the bottom of the 2nd. They scored four runs with the first coming from a groundout by Catcher Jordan Procyshen, then a single off the bat of Jonathan Ornelas, a Justin Foscue double and a Mitch Garver single. At the end of two, the score was 5-1 Dallas Black Giants.

Mitch Garver is on an MLB rehab assignment.

Tim Brennan held the RockHounds scoreless for the next three innings.

Right-hander Justin Slaten replaced Brennan in the top of the 5th inning. Slaten pitched three scoreless innings, allowing only one hit and one walk. He was missing bats with 6 strikeouts/ 3 swinging.

Right-hander Grant Anderson replaced Justin Slaten in the top of the 8th. His mistake was a leadoff HBP and a 2-run home run off the bat of Jordan Diaz. The score was 5-3 Dallas Black Giants.

Fernery Ozuna earned the save after retiring the side in order in the top of the 9th.

The RoughRiders move to 32-31 on the season and are 1-1 overall as the Dallas Black Giants but 1-0 at Riders Field.

This game was one I won’t soon forget.