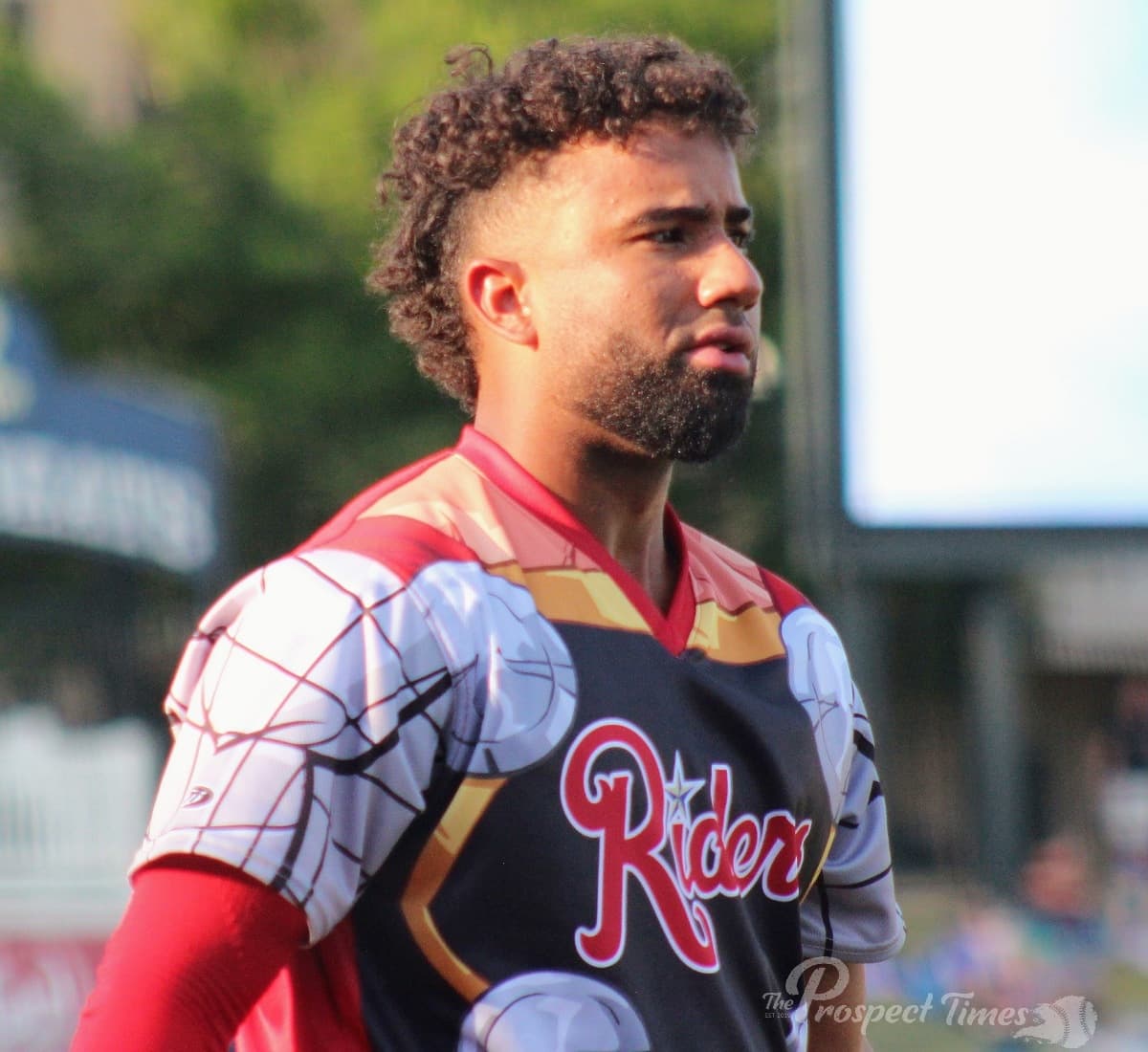 Ezequiel Duran continues to be one of the exciting storylines coming out of Frisco this season. As you know, Duran was part of the Joey Gallo trade. His arrival along with Josh Smith and Trevor Hauver gave a pretty big boost to the Rangers farm system. Glenn Otto was also part of the Gallo trade. Duran has really impressed at the plate, making hard contact with the baseball and tonight went 4-for-5 with two doubles and two RBI. Ezequiel Duran leads all of baseball again, this time with 21 doubles.

The current doubles leaders at each level

To the game last night.

Left-hander Avery Weems opened for the Riders against left-hander Jason Blanchard for the Missions.

Weems (7.67) allowed one run on two hits, including a home run in his inning of work.

The RoughRiders scored two in the bottom of the 1st. One from an RBI single off the bat of Justin Foscue. The other came from an RBI double from Ezequiel Duran. Score 2-1 Riders.

Justin Slaten came in out of the pen and replaced Weems to start the 2nd. Slaten got right to work, striking out the first batter and then allowing a single to Yorman Rodriguez but then got the next two batters to strikeout. He struckout the side- all swinging.

Slaten made quick work of the Missions on 9 pitches in the top of the 3rd.

The RoughRiders scored two in the bottom of the 3rd. One was fron the other RBI double from Ezequiel Duran and the other was from a single off rhe bat of JP Martinez. Score 4-1 Riders.

It was a scoreless 4th inning for both teams.

Each team put up a 3 spot in the 5th inning. The Missions loaded the bases on three straight walks. Then Slaten got a strikeout and then a groundout, that scored a runner. Another walk.

Kevin Gowdy replaced Justin Slaten in the top of the 5th.

A wild pitch allowed a run to score. That was followed by an RBI-single which tied the game at 4-4.

The RoughRiders three runs in the bottom of the 5th came from a 3-run home run off the bat of Dustin Harris that went 433 feet to center field.

Tim Brennan replaced Kevin Gowdy in the top of the 6th and each team held the other scoreless.

In the 7th each team traded a run. JP Martinez hit his 8th home run in the bottom of the 7th. It went 402 feet to left center field.

Nick Starr replaced Tim Brennan in the top of the 8th for the final two outs.

Justin Foscue hit his 3rd home run in the bottom of the 8th to make it 9-5 Riders.

The Missions tried to rally with a 2-run top of the 9th but Chase Lee was able to shut the door. This is only the 2nd game of the season that Lee has allowed runs. He allowed two runs on three hits with 1 strikeout and still has a very respectable 2.29 earned run average.

Tim Brennan (1-0, 1.42) earned the win with his 2.1 innings pitched. He allowed one run on three hits and two strikeouts.

Ornelas, Foscue, Crim, Duran and Martinez each had a multi-hit game.

The RoughRiders move to 25-20 and will be on the road for the next two series. The first will be a six-game series against the Wichita Wind Surge (Twins) at Riverfront stadium in Wichita Kansas.

After the Wind Surge series the RoughRiders head back to Texas to take on the Amarillo Sod Poodles (Diamondbacks) for a six-game series. The Soddies have a 20-25 record currently.