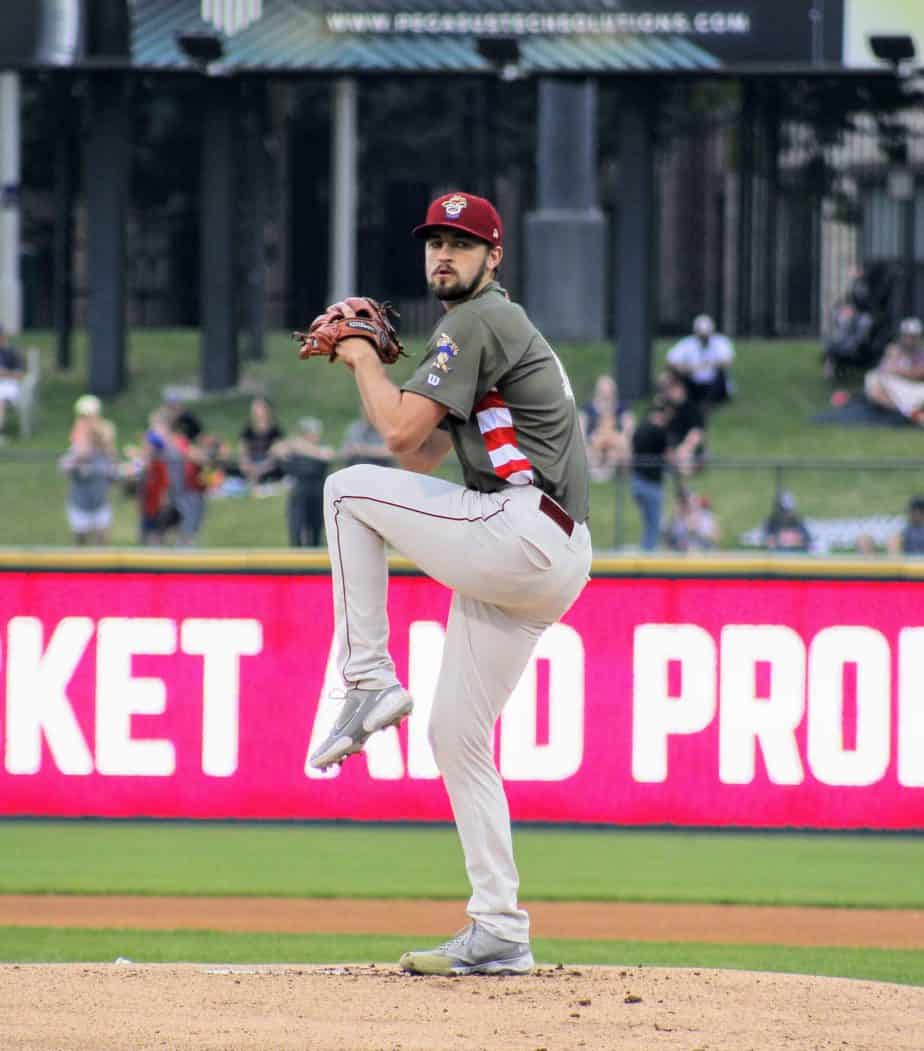 Last night, the Frisco RoughRiders got timely hits and great pitching in their 6-0 victory over the San Antonio Missions. It was their eighth shutout of the season.

Frisco’s offense got it going early in the top of the 1st thanks to a solo shot from Dustin Harris. It was his team-leading 14th home run of the season.

Frisco found the scoreboard again in the Top of the 2nd on Trey Hair’s 2-run single scoring David Garcia and Josh Stowers.

Switch-hitting catcher, David Garcia hit a solo home run to pad the lead in the top of the 4th. It was his 5th home run of the season but first from the right-hand side of the plate

Also in the top of the 4th, Kellen Strahm had an RBI on a groundout and a Dustin Harris hit an RBI-single making the score 6-0.

Starter Tim Brennan (2-3, 3.09) went 5 innings allowing only 2 hits, 2 walks and 4 strikeouts! Brennan was replaced after throwing 80 pitches, 50 for strikes, by Seth Nordlin who himself went 2 innings and struck out 2.

After going 2 innings, Seth was replaced by Tyler Thomas who retired his 3 hitters in order getting 1 strikeout.

During the game, Frisco’s pitchers were never in trouble. Pitcher Nick Starr came in to close out the game and keep the shutout intact. He came in and retired the side in order including 1 strikeout and getting the last out of this 2 hit shutout by getting a grounder to 2nd baseman Trey Hair who threw to Blaine Crim for the out. BALLGAME! The RoughRiders win 6-0 and move to 43-37.

David Garcia was a perfect 3-for-3 with a HR.