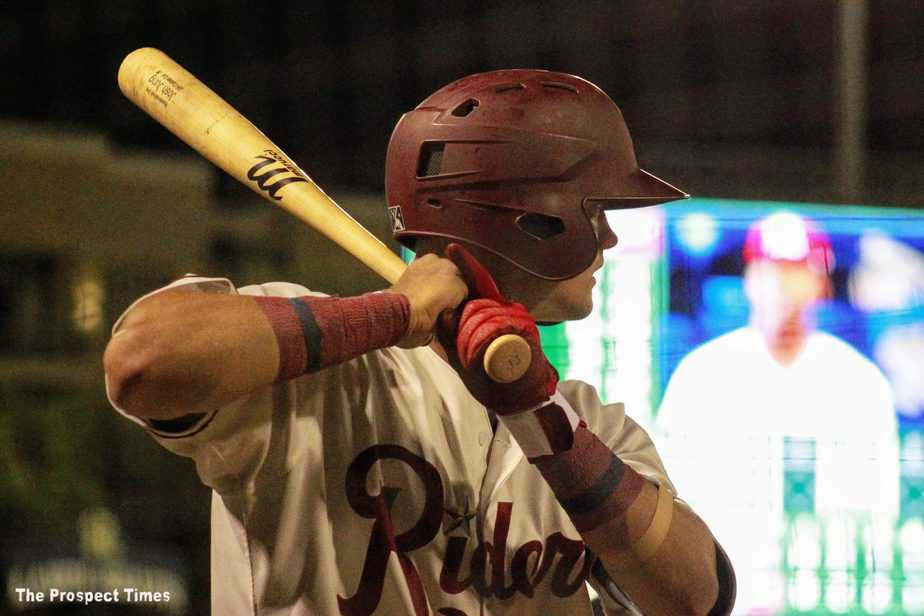 A Hans Crouse start and a Josh Jung home run almost guarantees a win at Riders Field.That is exactly what happened in front of decent size crowd of 5,513. They watched the RoughRiders win by a final of 9-3 over the Springfield Cardinals and move to 39-24 on the season. The RoughRiders have 57 regular season games left for the regular season.

Hans Crouse threw 5 no-hit innings. He still was charged with a run due to hitting a batter in the top of the 6th that came around to score after he was replaced by Noah Bremer.

He earned his 2nd win of the season and lowered his earned run average to 3.29.

Grant Anderson (0.00) replaced Bass in the top of the 7th for the final out. Anderson pitched 1.1 innings allowing two hits and issuing a walk.

Cole Uvila (3.12) replaced Anderson in the top of the 9th to shut things down and secure the win for the Riders. It wasn’t a save situation but he pitched a scoreless frame, issuing one walk. Uvila will be in a Rangers uniform by the end of the season.

Josh Jung got the scoring started in the bottom of the 1st. He hit a two-run single to left field.

Diosbel Arias and Melvin Novoa contributed to the cause in the bottom of the 1st as well. Dio drove in a run on his single and Nova hit a single as well.

Josh Jung hit home run number 5 in the bottom of the 2nd inning. It was a two-run HR which gave the Riders a 6-0 lead at the time.

The other three RoughRider runs came in the bottom of the 7th. Once again, Dio Arias singled which brought Josh Jung home. The bases were loaded After Anderson Tejeda was HBP. Jake Hoover drew the bases-loaded walk, scoring Walker.

The final run in the 7th came when Bubba Thompson (.269) reached on a fielder’s choice scoring Novoa.

The line-up scored 9 runs on 13 hits. They drew two walks and struckout 11 times.

The Cardinals scored 3 runs on 4 hits. Defensively they commited 1 error and fall to 23-40 on the season.