How do you bring a baseball game to life when you can’t be there in person? You listen to the play by play of said game, and there’s not many better with passion for the City of Nashville and baseball than Jeff Hem.

I did an interview with Jeff earlier this year, then met him when the Sounds came to Oklahoma City. What I immediately noticed was his willingness to help me out with what I needed from the team. He coordinated all my interviews with players and coaches giving me a proper introduction to each of them. I can’t say enough about what a class act he is. I’m excited about meeting up with him again in August when Nashville returns to Oklahoma City.

Side Note– Jeff and myself have something in the works for August we think baseball fans would be interested in. That folks is called a teaser. More on that come August 2019!

I caught up with Jeff this past week to get a mid season update. Here’s what he had to say.

GS- Hey Jeff! How have you been over the past few months since I saw you here in OKC?

JH- I’m doing well and enjoying the season. Professional athletes are very routine-oriented, especially in baseball when it’s every day, and I think broadcasters are built the same way. So, I’m in the everyday flow of the season. Homestands…road trips…rinse and repeat!

GS- During our first interview a few months ago I asked you to give me some names of prospects to watch with the Sounds. Calhoun, Eli White and Brady Feigl all was on your list to watch. Give me 3 more names to look for and why.

JH- I think Reed Garrett learned a lot in his major league time with the Tigers, and now returns to the Rangers, a familiar situation for him. I remember seeing him late last season when Round Rock came to Nashville and thinking how nasty he was. There’s a lot of upside and potential for him. Zack Granite is fun to watch everyday because he really sets the tone at the top of the Sounds lineup. He doesn’t strike out much, and his speed never slumps. Teams know he’ll bunt, and he does it anyway and reaches safely. He has 13 bunt singles and 10 infield singles this year!

GS– Over the past few months the Rangers have had a large number of transactions, with players coming and going. What player that has been added to the Sounds impresses you the most so far and why?

JH- We saw him for less than two weeks before he left for the big leagues, but I would say Pete Fairbanks. I liked his mindset to attack the hitters and let his fastball and slider do the work for him.

GS- What was it like watching Tim Dillard break the all time Wins and Strikeouts records for the Sounds recently?

JH- I think Tim is pitching some of his best outings in a long time. It’s fun to watch, and I can argue he’s been the most valuable player on this team so far this season. What’s he brought to the starting rotation in terms of length, consistency and effectiveness has been huge. Remember, the Sounds’ rotation lost Taylor Hearn and Ariel Jurado to call-ups on consecutive days in late April, and Dillard went into the rotation after working in relief the previous night! And two different times this year he’s come in as a reliever during extra-inning games, and still made his next start as scheduled! It’s unreal. He’s trusting his stuff, and working with pitching Brian Shouse, a former side-arm pitcher himself, has really helped Tim.

GS-  As the long season goes on what do you do to break the day to day routine for fun and stress relief?

JH- When we’re at home, time with my family in the mornings or on an off day is the best way to spend time. And I’m grateful to work for an organization that truly values giving its employees some time outside of the office/ballpark. I also consistently remind myself that even though I get tired, the season can be a grind, and I miss my family, I’m very fortunate to love what I do. I’m paid to talk about and be around baseball…it’s not a bad gig!

GS- With so many transactions made due to injuries and roster additions throughout the Rangers system, are you surprised with the Rangers success this season?

JH- Yes, I am surprised, and I think many in the organization are as well. It’s been fun to watch, and I love that as guys are getting called up from the Sounds, they’re joining a team that is in the thick of a playoff chase and is going to be counting on them for contributions.

GS- If you had to choose, give me 3 Current Sounds players that deserve to be in El Paso for the AAA All Star Game in early July?

GS- What is your favorite city to visit when the team travels?

JH- I get asked this question a lot, and it’s not an easy one to answer because there are a lot of variables…ballpark quality…hotel quality…proximity of hotel to ballpark…coffee availability…good restaurants within walking distance, etc. If I consider ALL factors, I would probably say Des Moines, Iowa. That usually surprises people who have Iowa stereotyped and haven’t been there, but the ballpark and hotel are close together, nice, and downtown. There’s good food. I can run along the river and to the capitol building. The front office runs a great operation. Plus, they play a lot of day games, which I love.

JH- Wow, tough question. Let’s be real…if we’re playing the odds, it’s unlikely any of them will get there because only FIFTEEN players EVER have been inducted. Let’s go with Eli White since he’s got a long career ahead of himself and is only 24 years old.

As you can see, Jeff is very open and honest with his answers. He is a great baseball guy. You can catch Jeff on Iheart Radio 97.5 Hallelujah- Nashville’s Inspiration Station for all of the Sounds games. He is also on Twitter at @JeffHemPBP. Follow the Nashville Sounds on Twitter at @nashvillesounds.

You can read my previous interview with Jeff here:

Thank you for your time Jeff! See you in Oklahoma City come August!

*This article is dedicated to Sharon Renee Starkey, mother of The Prospect Times founder Heath Criswell. She lost her battle with Cancer on June 22, 2019. Prayers to Heath and his family. 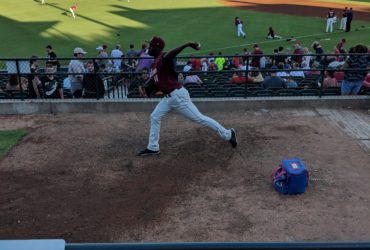 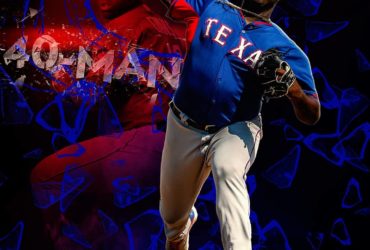 DeMarcus Evans and Kolby Allard will make noise in Nashville

Forgive me for being late in reporting this but right-handed ... 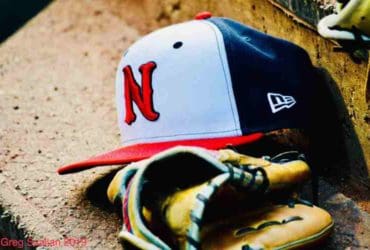 This has been an interesting week for baseball and the ...