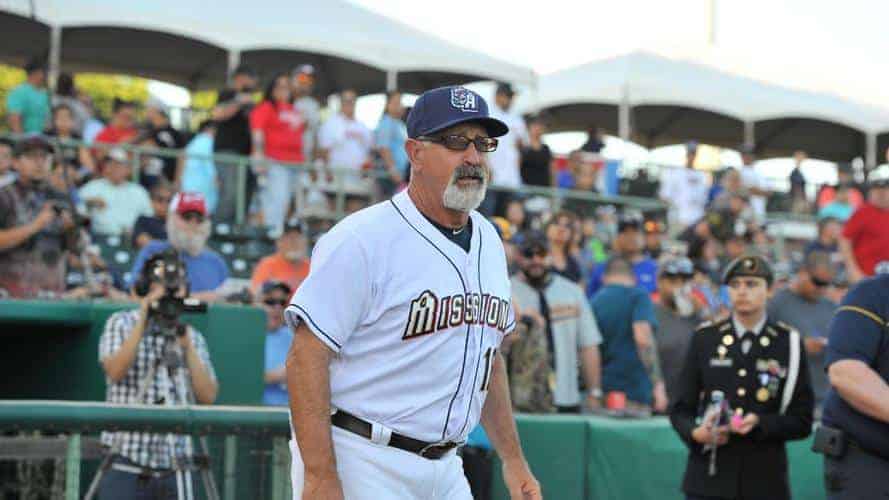 A new day has dawned on the Alamo City as our beloved San Antonio Missions have made the leap into Triple-A baseball. No longer would the Missions play in the Texas League, with which they had become so familiar. The Missions had played in the Texas League continuously since 1968. The Missions are now a part of the offensively prolific Pacific Coast League alongside teams like the Nashville Sounders, Round Rock Express, and the Oklahoma City Dodgers. Change can be known for bringing about new challenges and hardships. However, with Coach Rick Sweet at the helm, our Missions saw instant success.

Rick Sweet, 67, is a native of Longview, Washington. He played college baseball not too far from his home, attending Gonzaga University. He spent time in the Majors playing for the San Diego Padres, New York Mets, and Seattle Mariners. Sweet started his coaching career in 1987 after being the last player cut by the Mariners during spring training. After spending some time as a bullpen coach and base coach, Sweet got his first managerial position becoming the coach for the now dissolved Bellingham Mariners. The Bellingham Mariners were a minor league affiliate of Seattle. Although the team finished in 7th place, with a 30-46 record, this would prove to be only the beginning for Coach Sweet.

Sweet has been a part of the Brewers organization for over five years, having coached the Colorado Sky Sox for four years before the team moved to Texas to becoming the San Antonio Missions. Success has followed Coach Sweet over his entire career. He has managed to obtain a winning record in 21 of his 30 seasons. Bringing his winning ways to San Antonio, Sweet went 80-60, finishing with the fourth best record in the PCL and narrowly conceding the playoffs to the Round Rock Express. This season was a historic one for Coach Sweet as reached a milestone putting him in rarefied air. He accomplished what only 11 other coaches in the history of minor league baseball have accomplished, Sweet notched his 2000th victory, doing so with all the class you would expect from a seasoned vet of the game. Additionally, one could say it was ?sweet revenge?, since his 2000th win came against the very team that edged San Antonio out for a playoff birth, the Express.

Success does not only come in the win column for the tenured coach. Sweet also has an incredible ability to get the most from each player, helping so many reach their ultimate goal of playing in ‘The Show.’ The Brewers constantly picked though ranks of the Missions this past season, with several players becoming major contributors to the big-league club. Two such players are Keston Hiura who is batting a .302 with 17 home runs, and Adrian Houser who is 6-7 with a 3.83 ERA. Knowing that his Triple-A players are all fighting for a chance to prove their worth on the big stage, Sweet turns their desire into motivation. Sweet once said, “If it’s their first time, they want to get there. If it?s a guy that’s been to the majors before, they want to get back. My message to them is use that.”

?Baseball is about talent, hard work, and strategy. But at the deepest level, it?s about love, integrity, and respect.?

Rarely does it seem that one individual embodies a quote. In this case, Sweet embodies each aspect of what Pat Gillick had to say. Sweet sees and develops young talent every day, putting them in the best possible spot to live their dreams. He works hard at his craft, as seen through the many years of success. He uses his sharp mind and understanding of baseball strategy to piece together the best team possible with so many roster moves. At the end of the day, however, it is about his love for the game, his unwavering integrity, and the respect he gives and earns that makes him the man he is, and your coach for our San Antonio Missions.