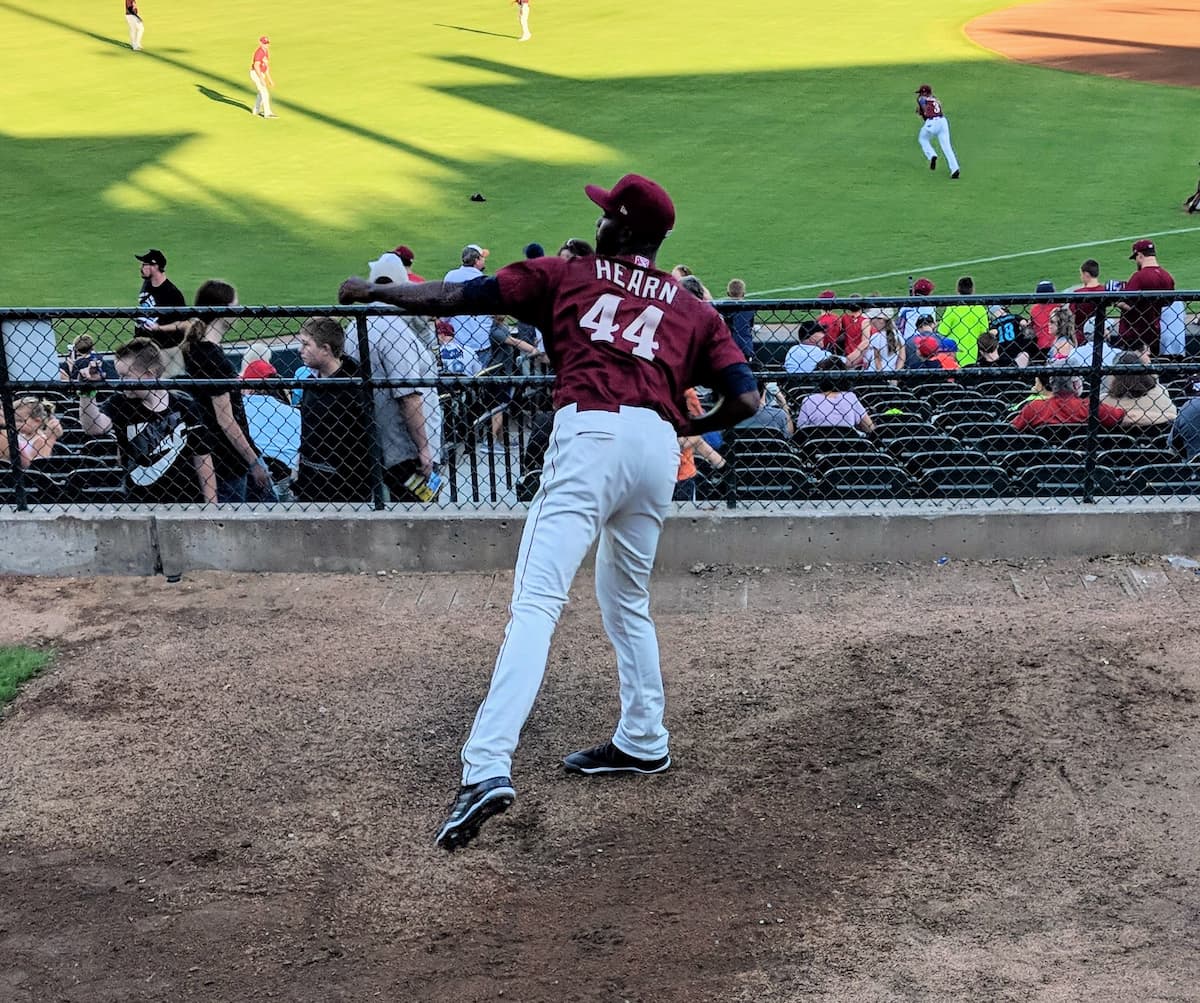 What do Round Rock’s Taylor Hearn, Spencer Howard and Cole Ragans have in common? They have been named PCL Pitcher of the Week in consecutive weeks!

Hearn’s start on Friday, July 8 against the Albuquerque Isotopes (Colorado Rockies) earned him the honor.

He tossed 5.0 innings allowing only one run on one hit. He walked two but struck out nine batters. Hearn threw a total of 76 pitches/48 for strikes.

The Express held on for the 7-3 win and it was Hearn’s first win of the season for Round Rock.

Check out the boxscore here.

Congratulations to Taylor Hearn for winning PCL Pitcher of the Week honors. It is well deserved.