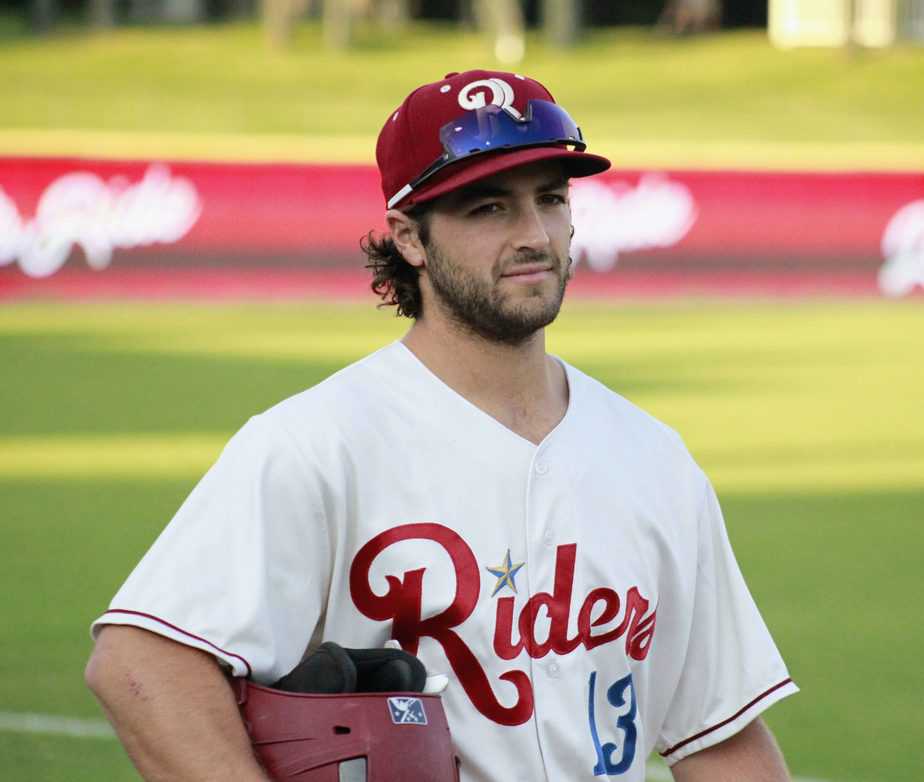 As a team the RoughRiders scored season high 14 runs sparked by seven home runs. All that paved the way last night to a 14-6 win over the Sod Poodles.

Left-hander Cole Ragans toed the rubber for the RoughRiders in this game and he earned his 3rd double-a win. He pitched 5 innings allowing four runs on six hits, one walk and three strikeouts. He threw 78 pitches in total-48 for strikes.

The RoughRiders bats couldn’t be silenced in Hodgetown. They scored one run in three consecutive from solo shots by Josh Smith (2), Justin Foscue (1) and Bubba Thompson (15).

The Sod Poodles briefly took a 4-3 lead in the bottom of the 4th inning but the RoughRiders scored three runs in the top of the 5th to lead the game for good.

Josh Smith and Matt Whatley both had a two-home run night, giving Smith three on the season and Whatley four.

Bubba Thompson set the tone going 3-6, including two doubles with 2 RBI and 3 runs scored. Thompson and Matt Whatley each had a 3-hit game.

Left-hander Tyler Thomas (4.15) pitched 2.2 innings. The Sod Poodles were able to score two runs on five hits, including a home run and struckout three times. Thomas earned his 7th hold of the season.

Daniel Robert replaced Thomas in the bottom of the 8th for the final out and pitched the entire 9th. He struckout the side in the 9th inning-all swinging.

This was a much-needed win as the last post-season spot. They play a double-header today with the first game starting at 5:05 and left-hander Cody Bradford taking the mound for the RoughRiders. Right-hander Noah Bremer toes the rubber for the RoughRiders in game two.

The Arkansas Travelers are completing their game that was suspended last night. They had a 4-1 at the time.

The Prospect Times @ProspectTimes 14 hours ago

Down on the Farm! Well i guess Journeys song didn’t help! DE had a man on but nothing happened! DE JUST RAN OUTTA OUTS tonight! DE was defeated tonight 8-5! JH

Down on the Farm! DE Pitcher Leury Tejeda just did not have his best stuff tonight like he always does😢! Going 1 inning 4 hits 3ER 35 pitches! DON’T STOP BELIEVING we can come back!!!! LETS GO DUCKS!!! JH

Down on the Farm! DE tied the score at 5-5 B8! But top 9 Charleston score 6-5 and off of Leury Tejada now they have bases loaded 1 out! JH

Down on the Farm! B7 5-2 DE Pitcher Michael Brewer has settled down Charleston! Now its time for the offense to get going! Charleston Pitcher Seth Johnson is 1 of Tampa Bay Top Pitching Prospect! Just got replaced by Antonio Jimenez! LETS GO 🦆!!!JH

Down on the Farm! DE replaces Matthews with Michael Brewer! Brewer gives up 1 hit 1 SO! B6 but still down 5-2😢! JH