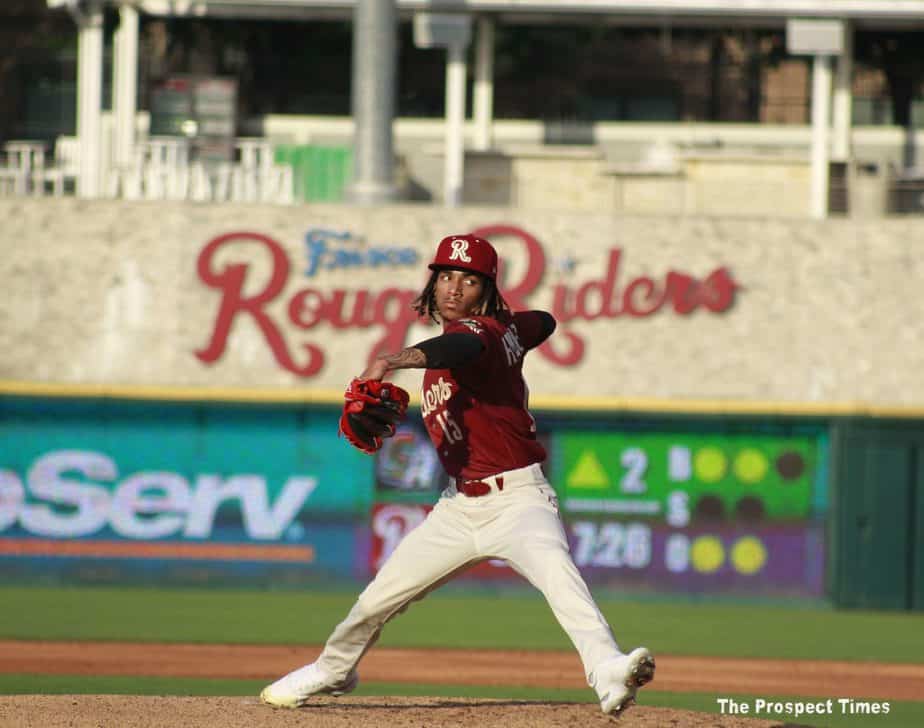 Ronny Henriquez got the start for the RoughRiders and lowered his earned run average from 4.93 to 4.80 with this start. He pitched 5 innings and allowed two runs on five hits, two walks and six strikeouts.

out of the pen

Hever Bueno (3.46) replaced Speas and had a scoreless outing. He pitched one inning, allowed a hit, a walk and struckout one.

The RoughRiders scored 5 runs on 13 hits, 3 walks and struckout 10 times.

The RoughRiders got on the board in the top of the 1st when Diosbel Arias hit a two-out home run. It was hit 5th home run of the year.

The RoughRiders would tie the game again at 4-runs a piece in the top of the 8th when Justin scored on a passed ball and Josh Stowers hit a sac-fly.

Their last run came in the top of the 9th when Davis Wendzel hit a double to center that scored Bubba Thompson.

Tim Brennan makes 1st start for Riders since May

RoughRiders won over the RockHounds 7-1