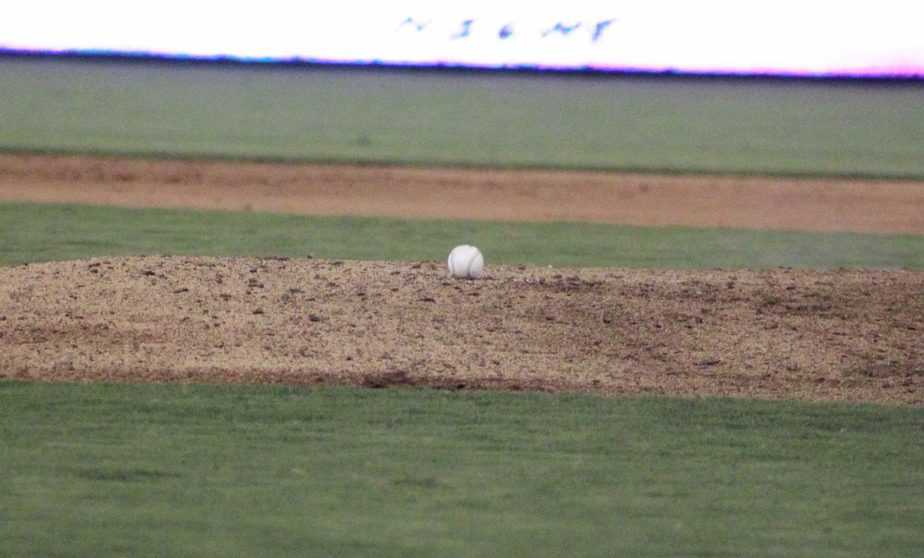 The Frisco RoughRiders dropped both games of their double-header to the Amarillo Sod Poodles at Hodgetown.

The first game featured plenty of runs for both teams but the RoughRiders lost on a walk-off in 7 innings by a final of 10-9 and that dropped them to 62-52 on the season. Not to alarm anyone but as of now, the RoughRiders are not in the post-season as they sit a 1/2 game behind the Arkansas Travelers BUT they have four games left to play.

Left-hander Cody Bradford (3.89) toed the rubber for the RoughRiders and its fair to say this was his worst start since being promoted to Double-A. He pitched three innings allowing eight runs-seven earned on nine hits and four strikeouts.

Justin Foscue was pulled in the top of the 4th inning of this game. He was 2-2 with a home run, his 2nd in as many games, to dead-center earlier in the game so it didn’t make sense to pull him if he wasn’t injured. He also didn’t play in the 2nd game.

Melvin Novoa hit a home run (5) to left in the top of the 1st to cap off the four-run inning.

Josh Smith hit an RBI single in the top of the 2nd to give the RoughRiders a 5-0 lead at the time. It didn’t last long as the Soddies put up four runs in the bottom of the 2nd to make it a 5-4 game.

Tai Tiedemann pitched two scoreless out of the bullpen allowing only one hit while striking out one.

Blaine Crim hit a go-ahead two-run home run in the top of the 6th to give the Riders a 9-8 lead but the Sod Poodles were able to walk-off by scoring two-runs in the bottom of the 7th. Chase Lee (0-1) took the loss for the RoughRiders.

Rider shut out in the 2nd game

In the 2nd game they were shutout for the 7th time this season.

Right-hander Noah Bremer (5-4, 4.48) started for the RoughRiders and was tagged with the loss despite allowing only three runs in 5 innings pitched. The Midland RockHounds only got three hits off Bremer- including a home run, three walks and struckout eight times.

Grant Anderson (6.48) walked one and struckout one in his a scoreless inning.

The RoughRiders out-hit the Sod Poodles 8-3.

To secure the 2nd spot in the post-season the RoughRiders will need to get back to their winning ways and need to win their last four games. Right-hander Cole Winn (3-3, 2.40) will start for the RoughRiders tonight and will give them a chance to do that.

I'm Heath and I love the Rangers especially being born and raised in the Dallas area! My wife and kids are my world. I'm passionate about family, baseball, bbq and music.

The Surprise Saguaros won today by a final of 5-3 over the Javelinas.

Spencer Mraz earned the save (1) and struckout 2.

Why does everything have to be so fast-paced?

What's meaningful that would knock off time?

Sure you can implement the pitch clock and not have batters step out of the box to adjust their gloves after every swing. That doesn't add up to a significant amount of time.

It’s just amazing MLB refuses to do anything meaningful to shorten the length of games. Both Red Sox-Astros games were over 4 hours. This is killing interest in the game. Nobody has four hours each day to spend on baseball.

That's a W for the Arizona Rangers.

@TEXPlayerDev is todays instructs game at 1 pm or 2 pm?

The Prospect Times|covering the Rangers farm since 2019