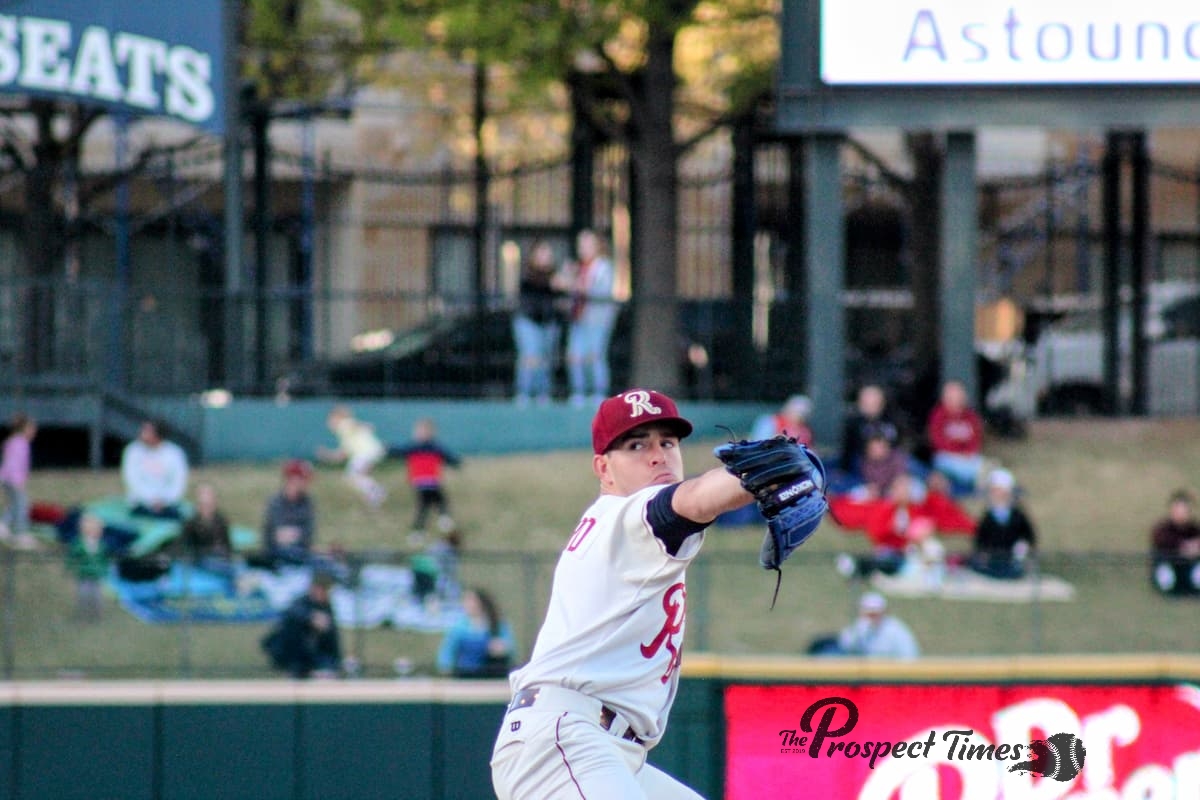 Frisco RoughRiders opening day is officially here. It has been over 200 days (208 to be exact) since the RoughRiders have played a game at Riders Field and fans are eagerly waiting for their chance to see them back in action. I said this exact same thing last season but this is the best team the RoughRiders have ever fielded.

For starters here is the RoughRiders starting rotation

We can assume that everyone will start off with a pretty strict pitch count- around 75 pitches.

Here is the starting line-up

The road to the Texas League Championship starts now.

Left-hander Cody Bradford took the mound for the RoughRiders and the Travelers countered with right-hander George Kirby, the Mariners #3 ranked prospect.

Bradford cruised through the first 4 innings topping out around 92 MPH on his fastball.

At the plate, the RoughRiders jumped out to the early lead in the bottom of the 3rd inning when JP Martinez sent a ball 412 feet with an exit velo of 111 off the bat. It was a 2-run home run. But that lead didn’t last long.

In the 5th inning, Bradford got the 1st batter to groundout but then gave up a double and then a walk and was pulled with Nick Starr replacing him. Overall Bradford had a good outing.

Nick Starr came out of the pen. He gave up a single on his first pitch that scored the runner on 2nd. The next runner scored on a groundout and both of those runs were charged to Bradford.

Scoring plays for the RoughRiders

6,022 fans were on hand to witness Chase Lee, ‘the Viper’ secured the save, striking out two in his inning. Fernery Ozuna earned the win with his scoreless 8th inning.