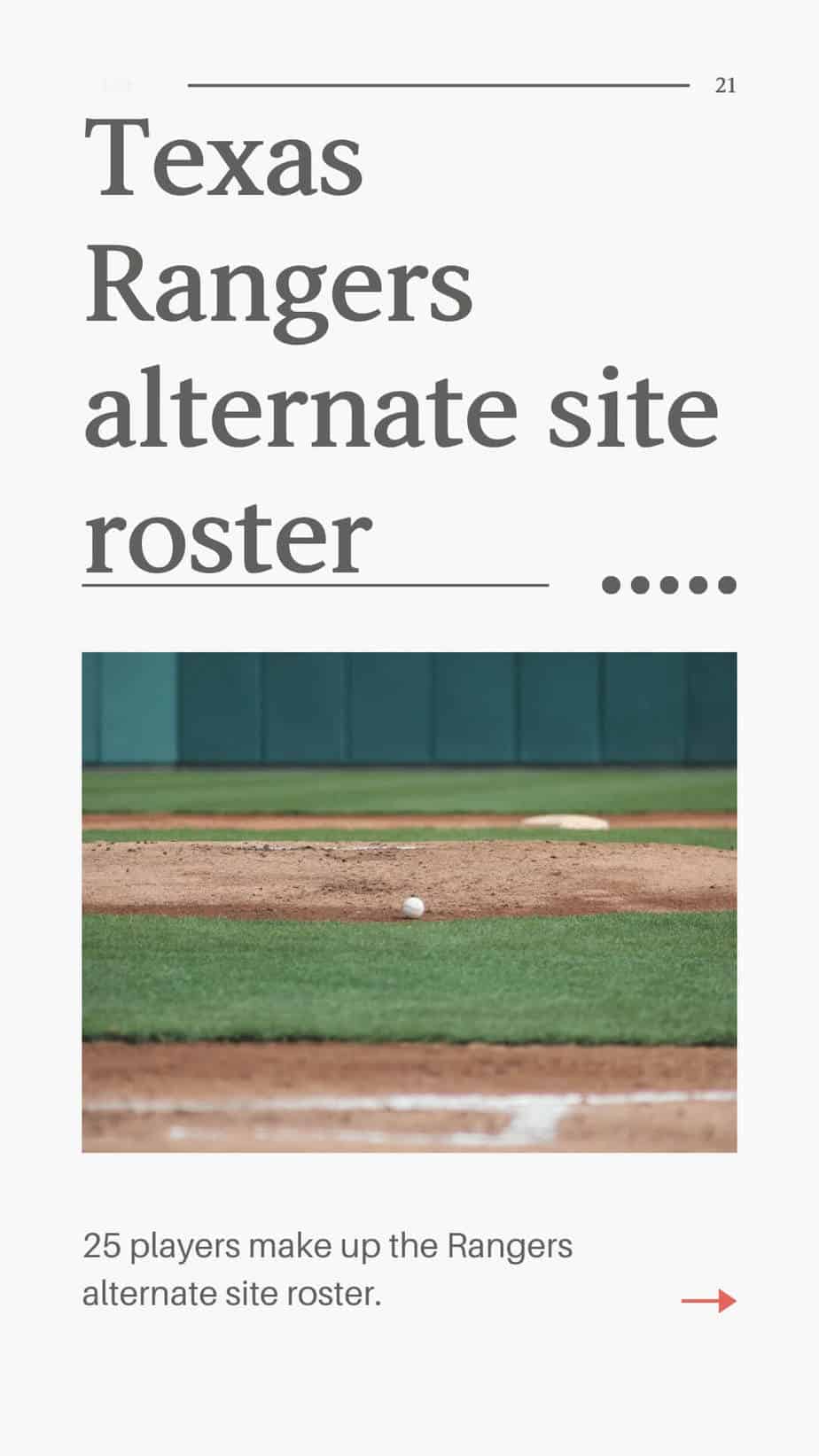 What is the purpose of the Alternate site?

The alternate site came about due to Covid-19 in 2020. The purpose is to keep players ready to be called up to play in a safe and timely manner if it is necessary.

How many players are on the roster?

The roster consists of 25 players. There are 14 pitchers and 11 position players.

Who is on the Texas Rangers Alternate Training site roster?

All of the pitchers listed on the Texas Rangers Alternate site roster are right-handed. Seven have Major-League experience.

I would recommend to keep an eye on Cole Uvila and Jason Bahr. I’ll be looking for either of them to make their debut in Arlington this year.

Out of the 11 position players one is a left-handed hitter and two are switch-hitters. I wouldn’t be surprised to see Curtis Terry make his debut in Arlington later this season. We may see a few others on this list in Arlington as well. Andy Ibáñez has displayed his power in the minors, hitting 12 home runs in Round Rock in 2018 and then 20 in Nashville in 2019.

The Rangers made roster changes on April 9, 2021 to the Alternate site roster.

The Texas Rangers have announced the following changes to their Alternate Training Site roster:

Only Round Rock Express Season Members, sponsors and suite-holders will have access to the initial Alternate Training Site exhibition games.

The exhibition games have now been opened to the general public thanks to increased capacity.

The coaching staff for the Texas Rangers Alternate Site group will be: