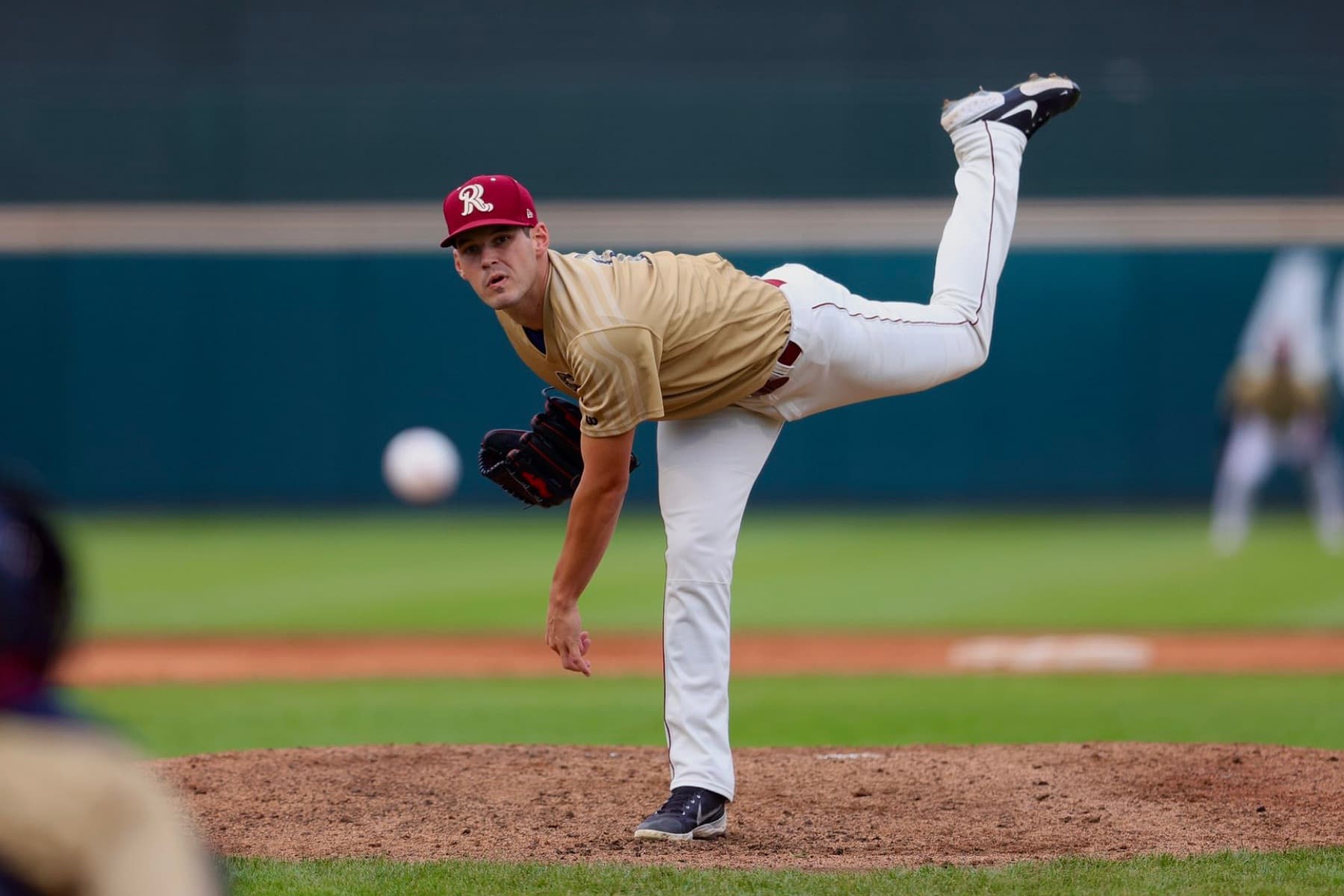 June is one of the busiest months of the baseball season where we see the first promotions of prospects. And while it’s easy to get caught up in major-league action, there are still plenty of noteworthy performances taking place at Triple-A , Double-A, High-A and Low-A levels. That’s especially true for the Texas Rangers, who have three prospects capturing weekly honors for their stellar play over the week of June 20-26.

Cole Ragans has been one of the most consistent arms in the Texas Rangers farm system this season. Prior to his promotion to Triple-A Round Rock, he had a 5-3 win-loss record for Double-A Frisco with a 2,81 earned run average.

Last week, Ragans posted six innings of shutout ball against the Oklahoma City Dodgers. The Dodgers managed two hits, two walks, and struck out seven times against Ragans. Through two Triple-A starts, Ragans has a 1-0 win-loss record with a 1.38 earned run average. He has allowed eight hits, two walks, and fifteen strikeouts in his 13 innings.

Ragans’ strong season has him knocking on the door for a major-league call-up in short order.

Evan Carter has been one of the most exciting prospects to watch so far this year. He is currently the Texas Rangers’ number nine ranked prospect.

He’s been dealing with minor bumps and bruises this season which makes his most recent performance this week even more impressive.

Those are incredible numbers, especially for a player that turns 20 on August 29th.

Carter is making a case to earn to promotion to Double-A Frisco sooner rather than later.

Bratt pitched five innings of scoreless baseball on June 25th against the Carolina Mudcats and struck out seven in the process.

Bratt was drafted by the Rangers in the 5th round of the 2021 draft. He is currently ranked as their number 22 prospect.

All in all, it’s been a great June for the Texas Rangers’ prospects. While there are plenty of intriguing storylines to watch at the major-league level, there are also plenty of prospects making their own headlines. Luisangel Acuña, for example, has a 26-game on-base streak that no one seems to be talking about.

It’s been a great week for the Texas Rangers’ prospects, and it’s time to get excited about what they’re doing in the minors.

Congratulations to Cole Ragans, Evan Carter and Mitch Bratt for earning Player of the Week honors for June 20-26.

RoughRiders lose 8-4 but win series against the Travelers