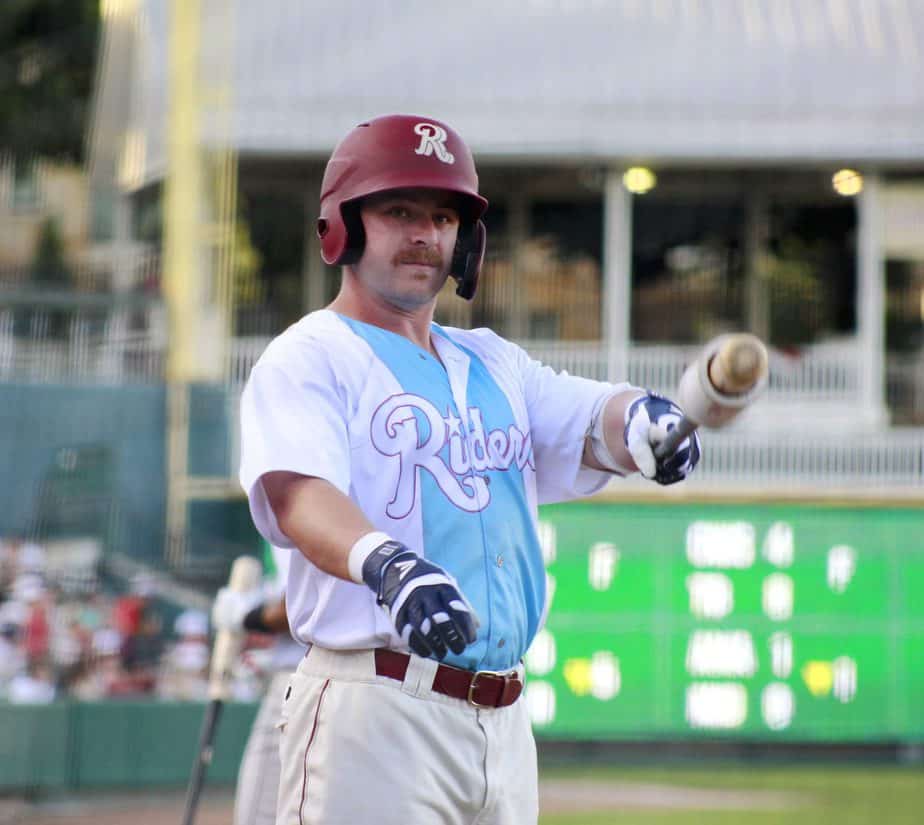 Frisco, Texas– A crowd of 9,062 fans filled the seats at Riders Field on 80’s night. Unfortunately, the RoughRiders lost 2-1 to the Travelers in what turned out to be a rather low-scoring affair.

Right-hander Zak Kent took the mound for the RoughRiders. It was his home debut and he didn’t disappoint. He pitched 5 shutout innings, allowing 5 hits, 2 walks and striking out 7. His earned run average dropped from 1.50 to 0.82 in his two games with the RoughRiders. I didn’t look at the radar gun after every pitch but I saw him top out at 94.

Right-hander Grant Anderson was the first one out of the pen and relieved Kent in the top of the 6th inning. He pitched two scoreless innings, walking one and striking out two. He earned his 3rd hold.

Sal Mendez replaced Anderson in the top of the 8th. He walked Jack Larsen but then got Julio Rodriguez, the # 2 prospect in baseball, to fly into a double-play. With the bases now cleared, he issued a walk to Zach DeLoach. Then Ex-RoughRider Josh Morgan was hit by pitch and Jake Schneider worked a walk to load the bases. The next batter, Kaden Polcovich lined a single to center which brought home two runs.

Daniel Robert replaced Mendez and charged with getting the final out. He walked the first batter he faced, Joe Rizzo on four pitches but then Jordan Cowan grounded out to Daniel.

The RoughRiders were held to one run on six hits. Anytime an opposing pitching staff can hold this line-up to less than 2 runs, it’s really impressive.

Both of the Josh’s had a multi-hit game. Josh Smith (.286) and Josh Stowers (.211) both went 2-4. The RoughRiders lone run came in the bottom of the 3rd. Josh Stowers led off with a triple and Miguel Aparicio brought him home with a sac-fly to center. Unfortunately, the RoughRiders were held scoreless for the rest of the game.