What a beautiful day for baseball. Fans from all over are excited and coming through the gates with smiles on their faces. Fans are eagerly giving their hard earned money to the merchandise stand set up just before you hit the stands in the concourse. I’ve been looking forward to the Frisco Classic for a while and clearly so have other baseball fans. This is my first attempt at covering College baseball so dont be too rough on me.

The pitching matchups in this tournament are pretty stacked.

Top of the 1st

Garrett Mitchell hit a grounder that hit 2nd base and popped over Polcovich and he ended up at 2nd.

Jake Moberg hit a grounder to the pitcher and it sent Mitchell to 3red.

Bottom of the 1st

Mikey Perez and a triple scoring Pat Caulfield. Garrett Mitchell hit the 1st pitch he saw for a double to right center. Jake Moberg drew a walk. Matt McLain hit a single scored Mitchell. JT Schwartz hit a pop up for single just beyond the infield. Noah Cardenas flew out to left field to end the top half.

Alix Garcia flew out to Center.

Max Hewitt flew out to Center.

Caeden Trenkle struck out looking to end the bottom half. Score 5-0

#15 Cabbiness pinch hit for Varela. Cabbiness worked a good at-bat fouling off pitch after pitch but ended up striking out. McCusker singled to right.

Hueston Morrill hit a single to left center. With 2 on Noah Sifrit grounded out 3-1 moving the runners up a base. It’s good to see OSU putting some hits together. Polcovich walked and then Jake Thompson grounded out.

Garrett Mitchell pops out. Jake Moberg flies out to Left and Short stop Matt McLain flied out to shallow center.

Alix Garcia HBP. Max Hewitt lined out to 1st which turned a double play when Schwartz stepped on the bag. Caeden Trenkle hit a grounder that the pitcher tried to rush and was safe at first.

Will Mclnerny struck out swinging. Pat Caulfield grounded out to Short. Mikey Perez singled the ball through the left side by 3rd base. Garrett Mitchell grounded out.

Polcovich struck out swinging, Thompson fouled out and Garcia grounded out.

Bogusz came in for relief.

Moberg singled, McLain singled, Schwartz singled. Cardenas came up with the bases loaded and no outs and hit a sac fly to left scoring Moberg. Cuellar grounded out. Caulfield doubled to center field scoring both Schwartz and McLain. Perez was hit by a pitch. Mitchell grounded out to 3rd base unassisted.

Top of the 8th

Bottom of the 8th

McCusker hit a home run to left field to put Oklahoma State on the board. Morrill struck out swinging. Sifrit flied out to left. Polcovich drew a walk on 4 pitches.

Call the police because Polcovich stole 2nd base. Thompson flied out to CF.

Top of the 9th

It’s great to be back at Dr Pepper Ballpark. 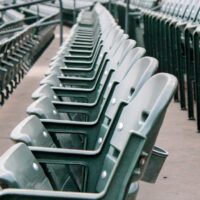 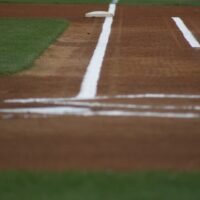 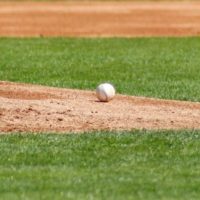