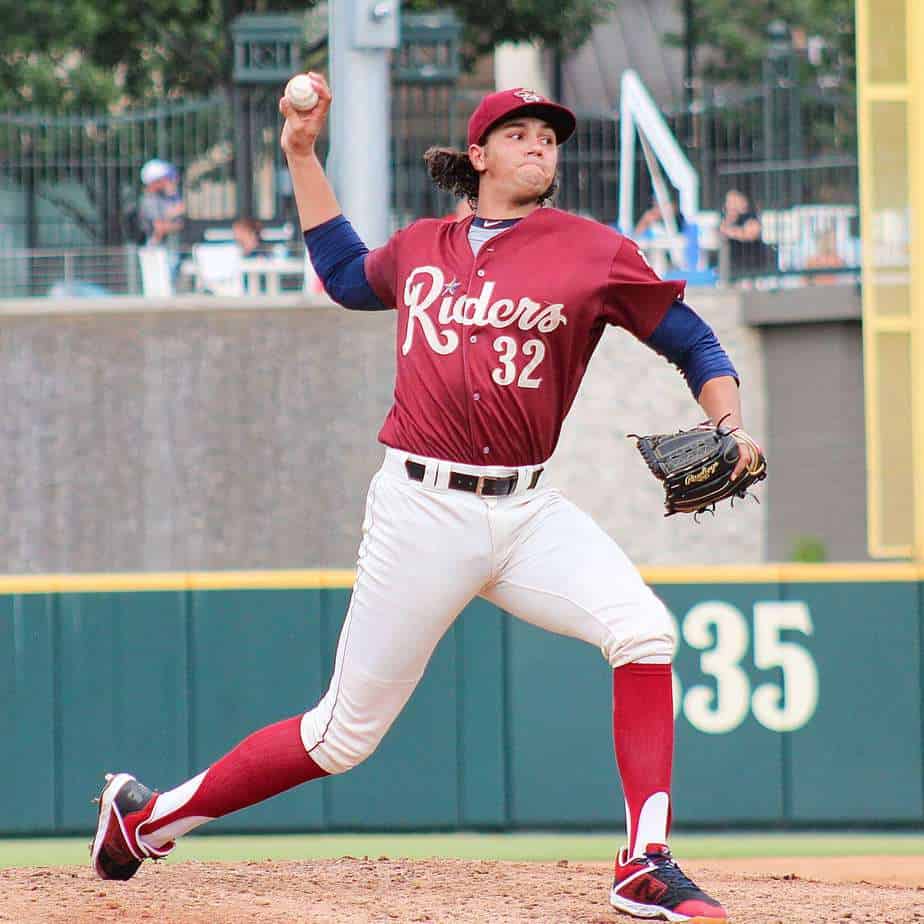 The Texas Rangers have released the Frisco RoughRiders 2021 roster. Let me just say, to start the season, this ranks among the best opening day rosters for the RoughRiders.

The rotation will be headlined by right-hander Cole Winn (#5), who was the Rangers 2018 first-round selection. Hans Crouse, 2nd round pick in 2017, A.J. Alexy and Yerry Rodriguez round out the fantastic rotation.

The roster features thirteen pitchers, eleven are right-handed. The pitchers are:

As I get my own photos of each player I will come back to this post and up their profile.

Added to roster: to start the season.

The Rangers acquired Alexy from the Dodgers in the Yu Darvish trade. He has had a fantastic season.

Added to roster: to start the season on May 4.

The Rangers drafted Bremer in the 6th round of the 2017 draft.

Tim Brennan started the season pitching 9 innings over 3 games. He allowed 4 hits, 3 walks and struckout 8. Unfortunately, he was injured and placed on the IL and has been out.

Right-handed pitcher, Hans Crouse is making his AA debut May 18, 2021 against the San Antonio Missions (Padres).

Reprotiore: Fastball, Curveball, Slider, Changeup. He’s also got the hip shimmy on the mound that he uses to try to throw hitters timing off.

Sadly, Hans Crouse was traded to the Phillies as part of the Kyle Gibson trade. He was one of my favorite pitching prospects. Best of luck to Hans.

Phillips was designated for assignment and then claimed by the Philadelphia Phillies.

Kent, was promoted August 10th from the Crawdads to the RoughRiders. The RoughRiders are currently in Arkansas about to play a series against the Naturals.

We have three catchers listed. Melvin Novoa, Jordan Procyshen and Matt Whatley. Procyshen is the only one that bats left-handed.

Whatley was drafted by the Rangers in the third round of the 2017 draft.

Jax Biggers hits from the left side of the plate.

If any balls are lucky enough to get through the infield, we have a pretty good group of outfielders. Not much will drop in between these guys patrolling the outfield.

The following roster changes were made prior to Opening Day.

Trace Loehr was assigned to Frisco from Round Rock.

This post will be updated as the Frisco RoughRiders roster is filled out for the 2021 season.