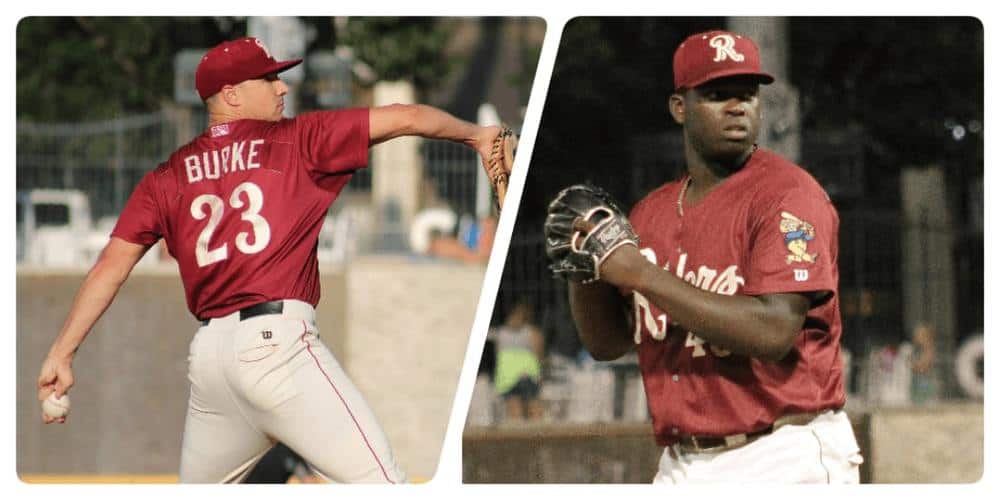 The Frisco RoughRiders are sure to have a strong roster at the start of the season. Pitchers Brock Burke and DeMarcus Evans have been activated off the 10-day IL and assigned to AA Frisco roster, for now.

Left-hander, Brock Burke, 24, missed all of 2020 with a left-shoulder injury. He had arthroscopic surgery in February of 2020. Before his shoulder injury Burke was the Rangers # 7 ranked prospect in 2019.

DeMarcus Evans was also assigned to the Frisco RoughRiders. He came off the 10-day IL due to a lat injury. Evans is still expected to contribute coming out of the pen in Arrington. The bullpen has been decimated by injuries with Jonathan Hernández and Jose Leclerc both having Tommy John surgery.

Evans made his Major-League debut in the shortened 2020 season. He pitched a total of four innings with a 2.25 earned run average with four strikeouts.

Evans made it a common practice of mowing down hitters in Frisco. In 37.2 innings, he struck out sixty batters. There were times where he’d get into a jam by issuing free passes but he worked out of them nearly every time.

As soon as Evans has been able to get fully stretched out, he’ll be back in Arlington coming out of the pen.

Neither Burke or Evans are on the RoughRiders roster to start the 2021 season. Look for them to start in AAA Round Rock.