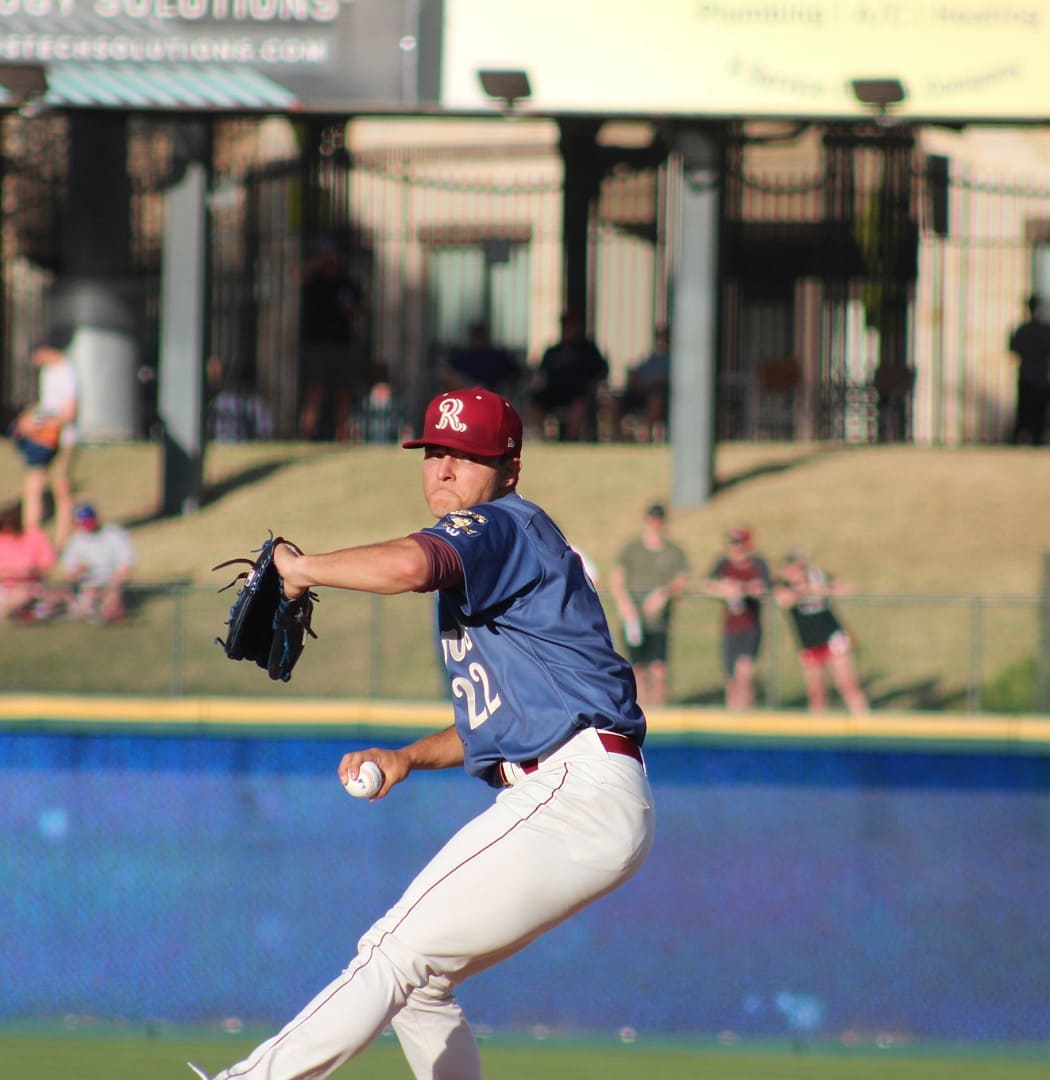 The RoughRiders are in Wichita Kansas playing the Wichita Wind Surge. This is their first time playing the Wind Surge, who began play in 2021. The Rangers top prospect Jack Leiter started the RoughRiders 1st game today, although technically he came out of the bullpen to continue the suspended game from May 31st. The game on Tuesday was suspended due to inclement weather.

Of the eight batters that Leiter struckout- six were swinging. One was on a foul tip and the other was a called 3rd strike. He kept the Wind Surge batters off balance by using a perfect mixture of pitches to get strikeouts including his fastball, slider and curveball.

Leiter had a 5.90 earned run average coming into the game and brought it down almost by a full run to 4.93 when his night was done.

Leiter had thrown a total of 93 pitches- 55 for strikes. That 93 pitches is also a season-high for him.

The RoughRiders move to 26-20 on the season. Game two is underway currently.