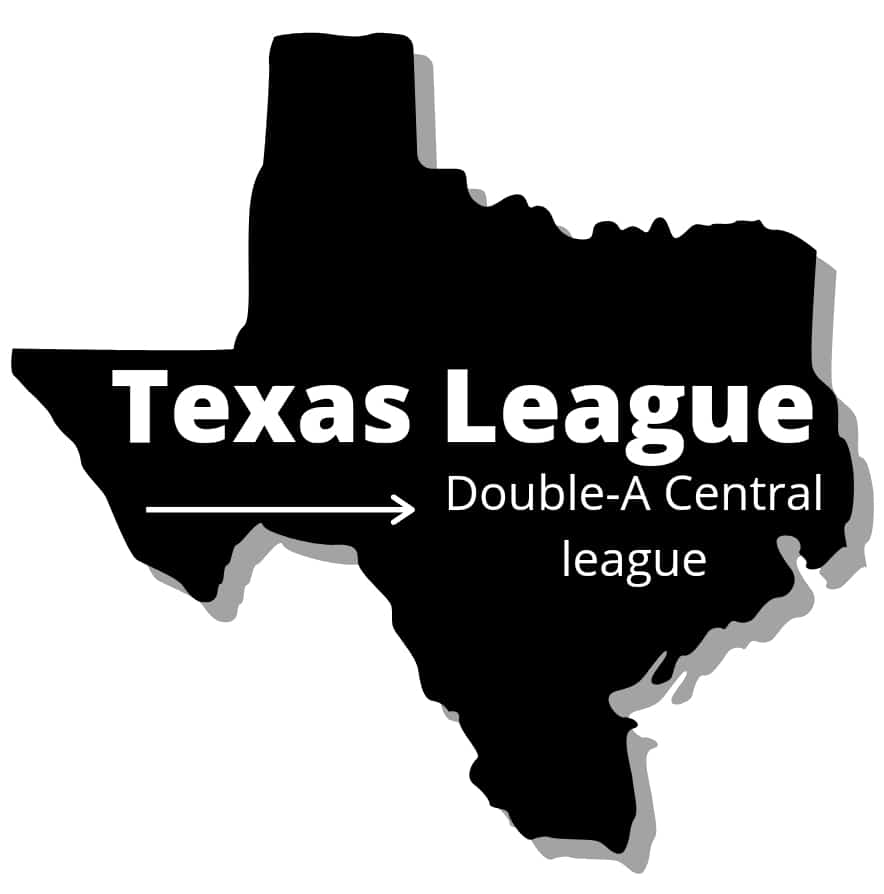 MLB has renamed the divisions in Minor-League baseball.

The teams competing in the newly named Double-A Central League remain mostly the same. Most of the teams come from the Texas League.

The Frisco RoughRiders are expected to have one of the most exciting teams in years take the field at Dr Pepper Ballpark on May 4th. Some of the talent that has been at the lower levels of the Rangers farm system should make their way to Frisco this season. Now is a good time to take a look at the other teams in the newly created Double-A Central league to understand get more insight on each team and their affiliates.

The Double-A Central league is divided into two Divisions, the North Division and the South Division.

All of the teams in the Double-A Central League have affiliations with MLB clubs. They are listed below along with their minor league affiliates and some information about each team’s history, ballpark or notable players/prospects.

We’ll go by Divisions starting with the North and go alphabetically.

The Arkansas Travelers have been the affiliate of the Seattle Mariners since 2017 and they play at Dickey-Stephens Park in North Little Rock, Arkansas. Dickey-Stephens Park opened in 2007 and can hold up to. They finished in 1st place in the Texas League in 2019 with an overall record of 81-57.

The Northwest Arkansas Naturals are the Kansas City Royals affiliate and they play at Arvest Ballpark in Springdale, Arkansas. The stadium opened in 2000 and seats up to

The Springfield Cardinals have been affiliated with the St. Louis Cardinals since 2005 and they play at Hammons Field in Springfield, Missouri. Hammons Field opened in 2004 and seats about 7,986 and is named after John Q Hammons, who funded the construction.

The Tulsa Drillers have been the affiliate of the Los Angeles Dodgers since 2015 and they play at ONEOK Field in Tulsa, Oklahoma. The stadium opened in 2013 and can hold up to

The Wichita Wind Surge are a new affiliate with the Minnesota Twins starting in 2021. They will play at Riverfront Stadium in Wichita, Kansas. The stadium was going to open in 2020 but due to Covid-19 the opening was pushed to April of 2021. The ballpark will hold approximately 10,000 fans for baseball games and approximately 12,000 for concerts.

The Amarillo Sod Poodles are the Double-A affiliate of the Arizona Diamondbacks starting in 2021. They were previously the affiliate of the San Diego Padres. The Sod Poodles first year was in 2019 in which they made their presence known as they won the Texas League Championship. They play at Hodgetown in Amarillo, Texas which seats approximately 6,631 fans.

Taylor Trammell has now been traded but he is currently starting for the Seattle Mariners.

Left handed pitcher MacKenzie Gore is the current #1 ranked prospect. He played for the Sod Poodles in 2019.

The Corpus Christi Hooks are the Double-A affiliate of the Houston Astros and have veeb since 1997. They play at Whataburger Field in Corpus Christi, Texas which holds up to 12,000. The Hooks have won three championships in the Texas League and in 2019 finished with a record of 66-73.

The Midland RockHounds are the Oakland Athletics double-a affiliate. They play at Momentum Bank Ballpark which can hold up to 6,669 fans on game day. In 2019, the RockHounds finished with a record of 73-66 which was good for for 1st place.

What teams are in the Double-A Central League?

The Wichita Wind Surge and the San Antonio Missions are new additions to the League from the Triple-A Pacific Coast League.

The Wind Surge were previously affiliated with the Miami Marlins. The San Antonio Missions were the Triple-A team for the Milwaukee Brewers.

A formal name the the Double-A Central league is expected to be announced at a later date so we’ll see if it remains the Texas League as it’s been known since 1888.