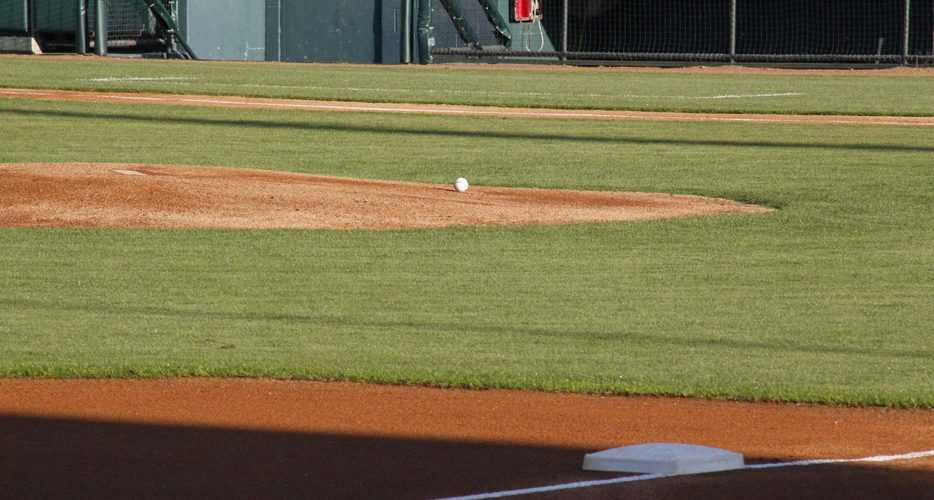 The 13-14 Naturals came to town in tow with the # 7 ranked prospect in all of baseball, Bobby Witt Jr. He made his presence known in the top of the 1st when he took the 3rd pitch if his at-bat deep off Cole Winn, the Rangers top pitching prospect.

Each team had three home runs. However, the one everyone was talking about on social media was the 2nd one by Bobby Witt Jr. He crushed a ball to Left field but kind of hop-skipped at the plate. The RoughRiders Catcher, Matt Whatley, called for the ball to appeal and stepped on home plate and the home run was taken away. It was a long way to hit a triple. You can take a look for yourself.

As you can see, he touched the plate but the call was appealed and he was called out. So, he was credited with a triple and was out at home.

Cole Winn (2-2, 2.87) pitched 3.2 innings and allowed 5 runs on 3 hits and 4 walks. He struck out 5. It definitely isn’t the outing we’ve been accustomed to seeing from Winn. He was getting squeezed on some of his pitches but also wasn’t the sharpest we’ve seen either.

Cole Uvila (1.46) pitched the top of the 9th and held the Naturals hitless. He struckout both Bobby Witt Jr and Nick Pratto swinging.

At the plate the RoughRiders got home runs from Diosbel Arias (2), Sherten Apostel (2) and Steele Walker (6), all solo shots.

Sherten Apostel (.225) and Steele Walker (.222) were the only Riders with multi-hit games.

Tonight is Texas Forever Night and will see left-hander Sal Mendez on the mound for the RoughRiders. It is also Weiner Wednesday so save some space for those $2 hot dogs from 6-8 PM. #LetsRide

Riders split the series with the Naturals