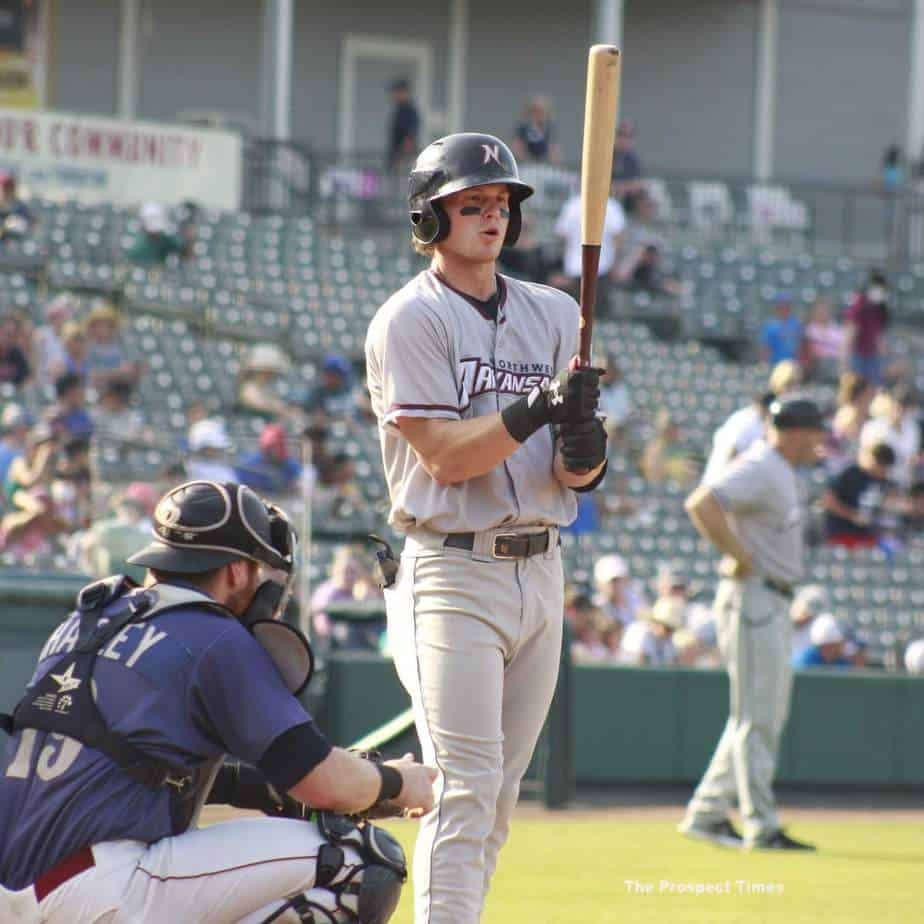 As the title suggests, the series was split at three games a piece for each team. The first game of the series, the RoughRiders had a difficult time keeping # 7 ranked prospect Bobby Witt Jr off-base. Nick Pratto is also one that is difficult for opposing pitchers to handle.

The final game of the series happened to be Bark in the Park and my guess without looking is that it was the hottest game of the year.

AJ Alexy pitched three innings, allowing three hits, two walks and and he struckout three. He threw 63 pitches, 41 of which were strikes. He lowered his earned run average to 0.93. Bobby Witt Jr worked an eleven-pitch walk in the 1st.

Blake Bass (3-0, 3.63) replaced Alexy in the top of the 4th and pitched a scoreless inning while striking out one. He earned the win.

We saw Ronny Henriquez (12.00) who made his RoughRiders debut and was credited with his first hold. Overall, he pitched three innings and four runs on five hits, including two home runs. He struck out two and threw 66 pitches/38 for strikes.

•Josh Stowers has been heating up at the plate. He hit his 6th home run of the season and he shares the lead with Steele Walker. #LetsRide

The RoughRiders are 21-14 after their 8-4 win over the Naturals on Bark in the Park night. The RoughRiders will send Cole Winn to the mound on Tuesday against the Corpus Christi Hooks (Astros) and top prospect Josh Jung is expected to play 3rd.