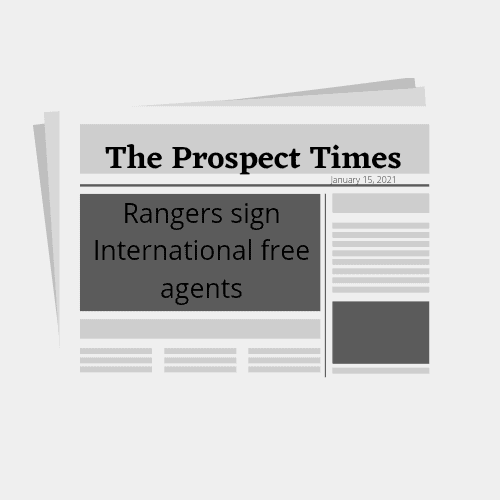 According to reports, the three main prospects that the Rangers signed are outfielder Yeison Morrobel, shortstop Danyer Cuevas and shortstop Yeferson Tenio.

Signed out of the Dominican Republic. I haven’t seen much as far as scouting reports go on any of these players. What I have seen indicate that Morrobel isn’t likely to develop plus power and doesn’t exactly have plus speed. Notice the words “isn’t likely”? So that means there’s a chance. Baseball America had him ranked # 18 on their International rankings.

From the Dominican Republic. According to perfect game he’s had some throws hit up to 84 mph on the radar gun.

According to Baseball America the Rangers have also signed the following players:

They signed 7 pitchers, 2 catchers, 9 shortstops and 3 outfielders. Not all the signing bonuses will be released for safety reasons.

The Rangers had $5,348,100 worth of International signing bonus.

I will add more details over the weekend about each player as I research each one.

Accorsing to Kennedy Landry of MLB.com, the Rangers signed additional free agents over the weekend. They are: