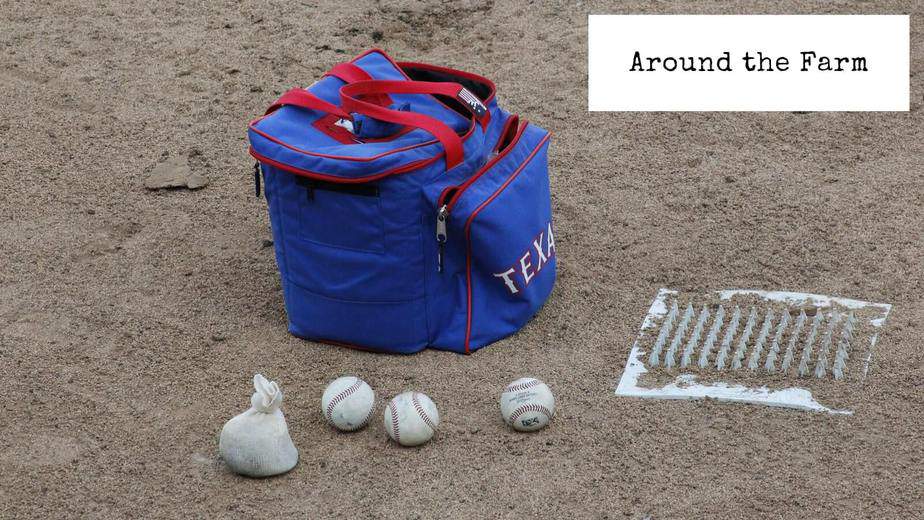 Welcome to Around the Farm: May 25, 2021 edition. We take you around some of the highlights from each game. The farm teams went 2-2 on the night.

The Round Rock Express dropped the final game of this series with the Tacoma Rainiers by a final of 4-2.

They used a total of six pitchers. Right-hander Jharel Cotton (1-0, 4.61) got the start and allowed two runs (one earned) on two hits, including a home run, two walks and struck out three.

Ryder Ryan (0-1, 2.45) took the loss after allowing two runs on one hit, three walks and one strikeout.

The Frisco RoughRiders have another shutout from their pitching staff. The 4th shutout of the year. The RoughRiders won in 10 innings by a final of 1-0. Each of the pitchers deserve a shoutout in this one.

Jake Latz (1-0, 2.12) has a total of 14.2 shutout innings over his last three starts. He’s been as close to untouchable as you can get. He allowed one hit over his five innings of work tonight. He walked two and struckout eight.

Joe Kuzia (1-0, 0.00) pitched a scoreless inning. He allowed one hit and one walk and earned the win in his first appearance for the RoughRiders.

Cole Uvila (0-1, 2.25) pitched the bottom of the 10th inning with the extra innings rule in place (runner on 2nd). He pitched a flawless inning getting two strikeouts to seal the win for the RoughRiders.

The RoughRiders line-up managed two hits on the night which came at the very beginning of the game when Bubba Thompson singled and J.P Martinez followed with a single.

The run came in the top of the 10th when Bubba Thompson laid down a sacrifice button move Jax Biggers to 3rd. J.P. Martinez drew a walk and then Jake Hoover flied out to center which brought in Biggers.

The line-up worked six walks and struckout 10 times. Stay tuned here for news on Davis Wendzel who was pulled from the game early from an apparent injury.

Rain caused the game to be shortened but the Hickory Crawdads swung a hot bat. They won over the Winston-Salem Dash (White Sox) by a final of 11-2.

Right-hander, Justin Slaten (0-1, 6.17) got the start for the Crawdads. He pitched four innings and allowed one run on two hits, including a home run and struckout five.

Right-hander, Jesus Linarez (1-1, 5.84) pitched two innings out of the pen and esrned the win. He allowed one run on three hits and struckout two.

The line-up couldn’t be contained. They scored 11 runs on twelve hits.

The Wood Ducks lost by a final of 2-0 to the Fredericksburg Nationals (Nationals). This was the Nationals 2nd win of the season and they move to 2-17.

LHP, Mitchell Parker (1-2, 3.86) got the start for the Nationals and tossed six innings of one-hit ball. He walked two and struckout 10 DEWDs.

Abdiel Mendoza (0-2, 1.80) got the start for the Wood Ducks and allowed one run on a home run. He walked one and struck six.

The DEWDs line-up managed to get three hits. Evan Carter (.232) went 1 for 2 with two walks. His hit was for a triple.