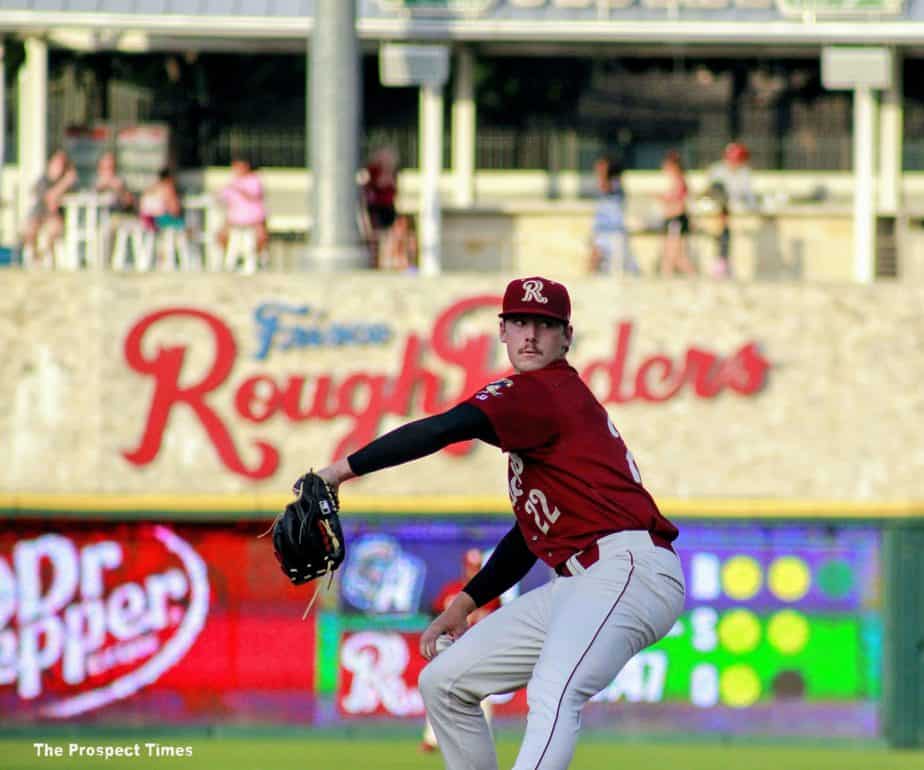 Starting pitcher Cole Winn has been promoted to AAA Round Rock and is starting for the Express as we speak. Third baseman Davis Wendzel and Catcher Sam Huff were also promoted after spending the season in Frisco with some rehab games in Arizona sprinkled in.

Cole Winn, the Rangers 2nd highest ranked pitcher in their system, spent the entire season in AA Frisco where he led the league in quite a few categories for over half the season.

David Wendzel spent a good chunk of the season on the IL with the hamate bone injury.

Huff was limited to playing 1st base and DH this year in Frisco due to his knee surgery. The master of hitting baseballs out of the park. He hit the a ball the furthest (495 feet) I’ve ever seen in person. His home runs displayed the power that fans and the organization knows he has.

Neither Sam Huff or Davis Wendzel started in Round Rocks game against the Tacoma Rainiers.