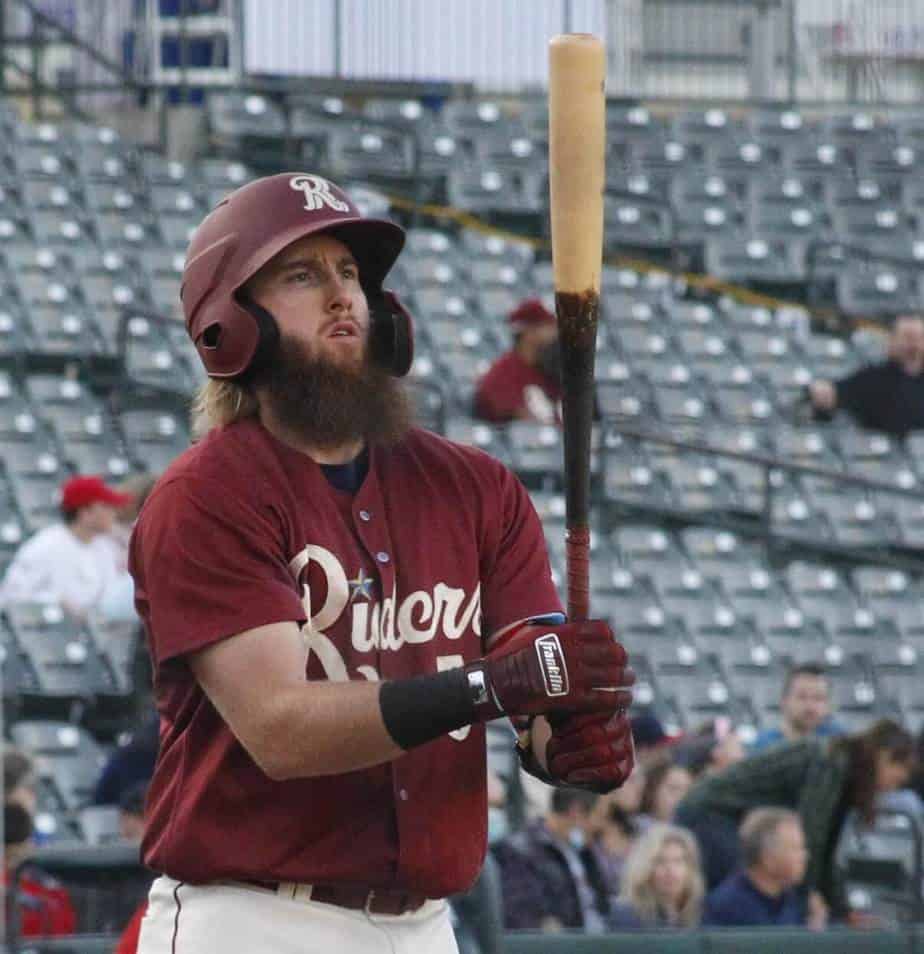 Davis Wendzel hit his first Triple-A home run in the Round Rock Express’ 13-10 loss to the Tacoma Rainiers. It only took two games for him to hit one out.

This game more closely resembled a football score as both teams reached double digits on the scoreboard in front of a crowd of 4,125 at Dell Diamond. Kohei Arihara (11.12) took the mound for the Round Rock Express after he was designated for assignment. It didn’t go well. He allowed eight runs-seven earned on five hits, three walks and three strikeouts in his 3.2 innings pitched.

Neither team scored in the 1st inning but the Rainers changed that in the top of the 2nd from a two-run shot by Dillon Thomas (11). The Express answered with one run in the bottom of the 2nd when Davis Wendzel hit a double on the 1st pitch he saw.

The Rainiers were held scoreless in the top of the 3rd but the Express would take the lead in the bottom of the 3rd. Jack Kruger singled and then two outs later Josh Jung singled. Domingo Leyba brought them both home with his two-out, two-run double.

The E-Train didn’t hold that 3-2 lead very long ad the Rainiers put up six runs in the top of the 4th. They had one out and then Jose Marmolejos drew a walk and then Brian O’Keefe struckout swinging. So they had a runner on with two outs. All of their runs came off singles (3) and doubles (2). There was also a throwing error by Jason Martin. The Rainiers led 8-3.

They went on to keep the Rainiers scoreless in the top of the 5th and the Express chipped away and added another run in the bottom of the 5th. Josh Jung singled on a ground ball to center scoring Ryan Dorow. Rainiers lead 8-5.

Both teams were held scoreless in the 6th.

Jantzen Witte led off the top of the 7th with a solo hr (18) to left center. Domingo Leyba hit a three-run home run to bring the Express within 1 run. The Rainiers led 9-8. The Express tied it in the bottom of the 9th when Jack Kruger hit a one-out one-run triple. Tied game at 9-9.

Buck Farmer replaced DeMarcus Evans in the top of the 10th. Remember, a runner starts on 2nd in extras in the Minors. Farmer was able to get the first two outs and then gave up a single which scored the ghost-runner and then issued a walk. Cole Uvila was brought in and the Rainiers were able to hit three straight run-scoring singles.

The E-Train tried to rally but were only able to score one run on a Elier Hernandez two-out double.