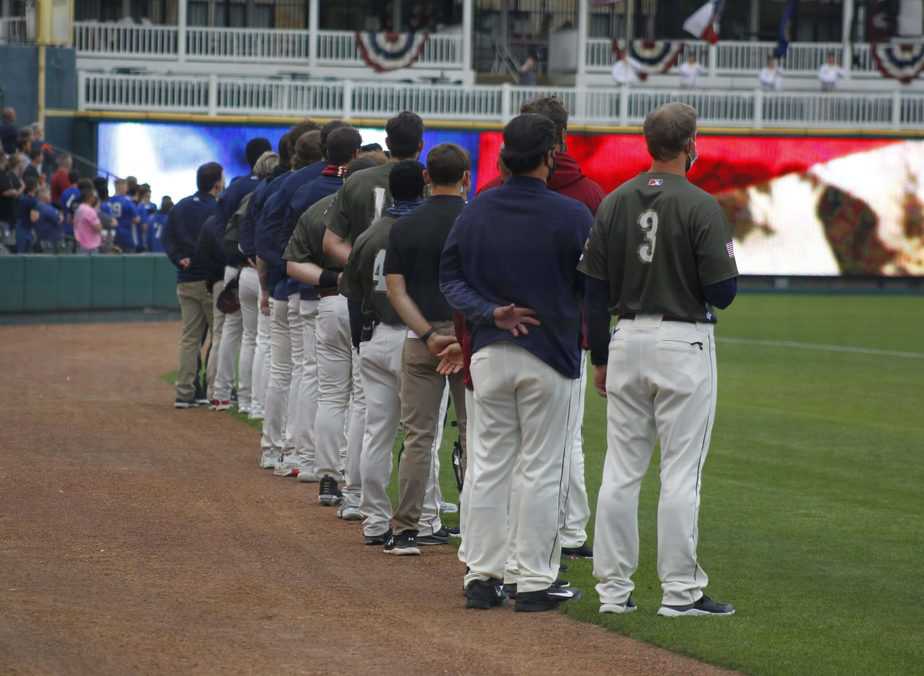 It was Armed Forces Day at Riders Field and a beautiful day for baseball. The day saw a season-high 4,747 fans come fill the seats.

This was the 2nd start that I have seen of right-hander Tim Brennan. He was cruising through the first two innings. Through two, he had struckout three and had two groundouts and a fly-out.

The third inning is the one where things got away a little bit. After a strikeout and a groundout, Centerfielder Ross Adolph hit a single to left and then hit the next batter. Astros # 2 ranked prospect, Pedro Leon (.114) worked a five-pitch walk to load the bases. Brennan escaped the bases-loaded jam by getting Chandler Taylor to fly out to center.

Brennan came out in the top of the 4th and got two outs, then got hit by a comebacker that resulted in a single. He tried to stay in the game but threw a pitch and it was a no go. Alex Speas replaced Brennan. Hopefully his injury is nothing serious.

Alex Speas looked a lot better this time around than when I last saw him (he walked the bases loaded). He got the final out of the 4th by striking out Grae Kessinger on three pitches.

Speas (1-1, 7.71) was the pitcher of record and earned the win. He pitched 1.1 innings, allowing one run on one hit, one walk and struckout four.

Right-hander, Scott Engler (1.13) pitched the final two innings for the Riders. He allowed one run on two hits, including a home run, one walk and struckout three.

As a pitching staff, the Riders’ struck out 15 and issued 3 walks.

Diosbel Arias (.265) got the RoughRiders on the board in the bottom of the 2nd thanks to a two-run home run. It was his first home run of the season. He went 2-4.

No one has been more hot at the plate than third baseman Ryan Dorow. Unfortunately, he came out of the game from some sort of leg injury after scoring from 1st base in the bottom of the 5th. Let’s keep our fingers crossed that it’s not serious. Dorow is somewhat of a defensive genius at third as well. He went 2 for 3 at the plate including a two-run home run in the bottom of the third. That home run put the RoughRiders up 4-0.

The RoughRiders scored at least a run in 5 straight innings (2-6).

Every Rider had at least one hit except Steele Walker (.233) and Yenci Pena, who went 0-1, after he replaced Dorow.

With their win, the Frisco RoughRiders are 7-4 on the season which is good for 1st place.

They play the final game of the series today. First pitch is scheduled for 4:05 if it isn’t delayed or postponed by rain.