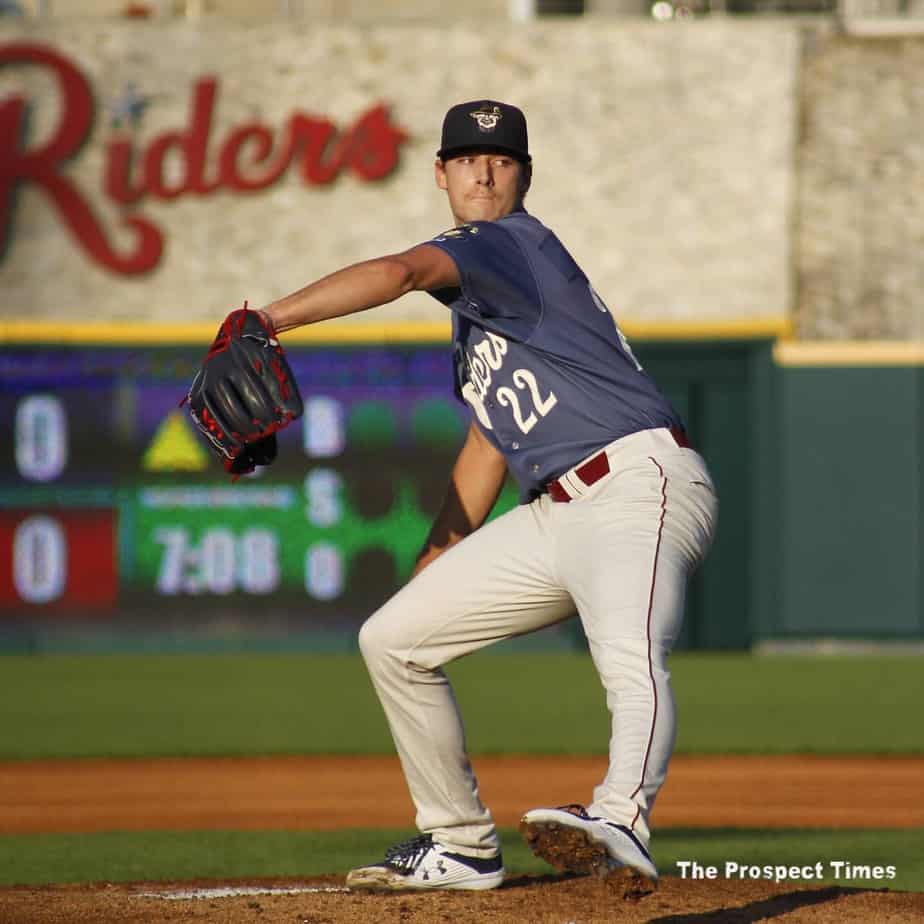 The RoughRiders were handed their first shutout of the season last night after a brilliant start by Winn.

A good crowd was on hand, including Colby Lewis, to watch the top pitching prospect in the Rangers farm system. This was my first time to see Cole Winn pitch in person and he didn’t disappoint. Most of my time was spent behind the lense of my camera but from my view behind home plate, it seemed that he was getting squeezed on some of his pitches. I was especially impressed when he was able to escape a runner on 3rd with no outs.

His final line was five innings pitched. He allowed two runs on two hits and struck out eight. He threw 81 pitches, 55 for strikes. His earned run average sits at 3.72 on the young season.

Blake Bass (6.75) came in from the pen and pitched two scoreless innings. He allowed two hits, one walk and struckout four.

Alex Speas (0-1, 8.10) came in and walked the bases loaded. There is no radar gun display on the scoreboard but I know he hit at least 98 mph on the fastball. All of the batters he walked ended up scoring after he left the game so he was responsible for the runs.

Cole Uvila (4.50) pitched the final two innings. He allowed one run on one hit, walked one and struck out four.

The RoughRiders got four hits total. Davis Wendzel, Steele Walker, Ryan Dorow and Jax Biggers each had a hit. Dorow is now hitting .414 with a 1.124 OPS.

Steele Walker stole a base.

The RoughRiders suffered their first shutout of the year.