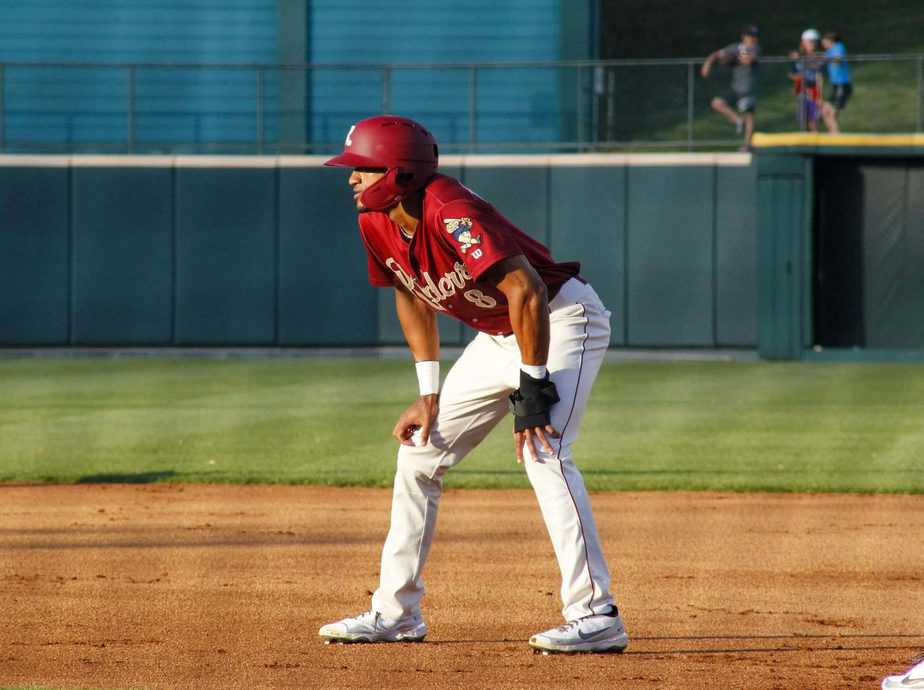 What a special game Bubba Thompson had tonight. Bubba Thompson had a career high RBI game with 5. He caused all sorts of problems for the RockHounds pitching staff. He went 3 for 4 with two home runs and five RBI to help the Riders move to 3-0 on the season.

Tyler Phillips got the start for the RoughRiders. Phillips is a familiar face around Riders field. He pitched here in 2019. Phillips was sharp tonight. He pitched 4-shutout innings allowing two hits and one walk. He struck out five RockHounds.

Joe Gatto replaced Bueno and got Jeremy Eierman to ground into a pitchers best friend: double-play. They escaped the bases-loaded-jam. Gatto ended up pitching 2.1 scoreless innings. He walked one and struck out three.

Fernery Ozuna pitched the final 1.1 innings. He allowed one hit, one walk and struck out one.

The RoughRiders pitching staff held the RockHounds to three hits in the first game, five in the second and three in this game. That is eleven hits in three games.

The RoughRiders pitching staff have issued more walks (15) than given up hits over the first 3 games of this series. Yiu can bet they’ll be looking to limit free passes.

No need to mention Bubba Thompson again but he was one of the two RoughRiders in the line-up with a multi-hit game. The other was 3rd baseman Sherten Apostel who went 2 for 4.

Ryan Dorow had his first hit of the season. Designated hitter Melvin Novoa went 0 for 1 but worked three walks.

The line-up scored 7 runs on 7 hits, six walks and 7 strikeouts.

The RoughRiders take on the RockHounds tomorrow at 7:05 for game four of the series. Cole Winn is scheduled to he the starter.