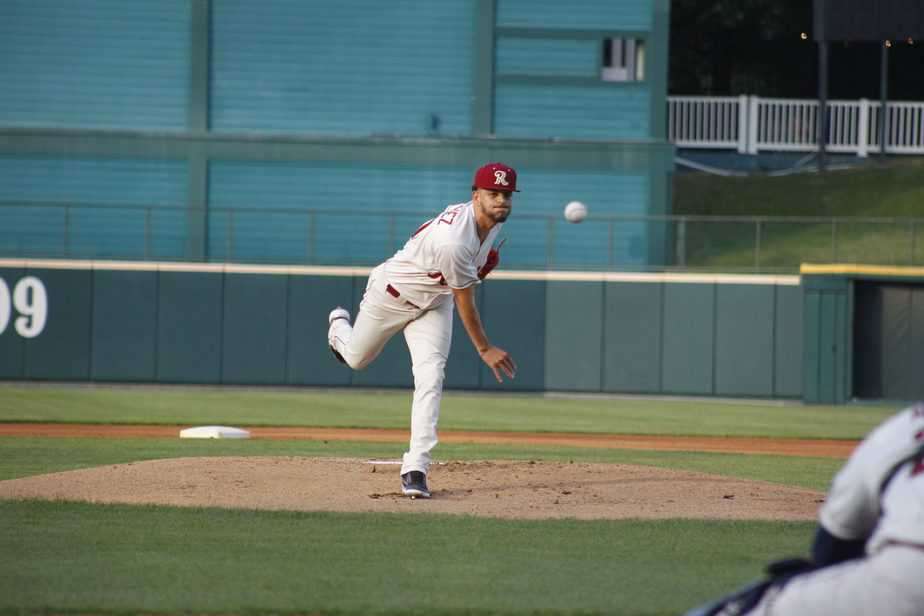 As quickly as they won three games, the RoughRiders lose two in a row to the Midland RockHounds (Oakland Athletics). They tried to rally for a comeback win but fell short by a final of 16-9. The RoughRiders are now 3-2 on the year.

Right-hander, Yerry Rodriguez, made his first start for the RoughRiders. He didn’t last very long as the RockHounds were jumping on him. The first pitch of the game went over the left field wall for a home run. Then he struck out the next three batters including Nick Allen. He pitched 1.1 innings and allowed 4 runs on 3 hits, 2 walks, and struck out 4.

Stephen Villines came in for relief in the top of the 2nd and had a rough outing. He pitched one inning and allowed 5 runs, though 4 were earned on 4 hits and 1 walk.

Right-hander, Alex Speas came in and pitched 1.2 scoreless innings. He allowed 1 hit, walked 3, struck out 4, committed an interference error and had a wild pitch. He owns a 0.00 ERA on the season.

Right-hander Blake Bass pitched an inning. He allowed 3 runs on 3 hits including a home run, 2 walks and 1 strikeout.

Hever Bueno had the best out of the pitching staff. He pitched two hitless innings and struck out 3 in the process.

Catcher Jordan Procyshen pitched two innings and gave up 4 runs (3 earned) on 6 hits. I was questioning why he pitched since the RoughRiders line-up made it a close game in the bottom of the 7th. I figured it was related to availability of guys in the pen.

Midland’ Chase Calabuig jumped on the 1st pitch from Rodriguez and sent it over the left field wall so the RoughRiders were behind the whole game.

Josh Stowers got the RoughRiders on the board with a single to center that scored Diosbel Arias.

Catcher, Melvin Novoa, hit his first home run of the year. It was a two-run shot to left-center.

Ryan Dorow went 2 for 5 with a two-run home-run, his 1st of the year in the bottom of the 7th.

Every batter in the RoughRiders line-up had at least one hit.

Game 6 of this series, which means it is the final game before the off-day on Monday.

Tim Brennan will make his 2nd start of the season. Right-hander Zac Reininger gets the start for the RockHounds. First pitch is set for 4:05 PM.