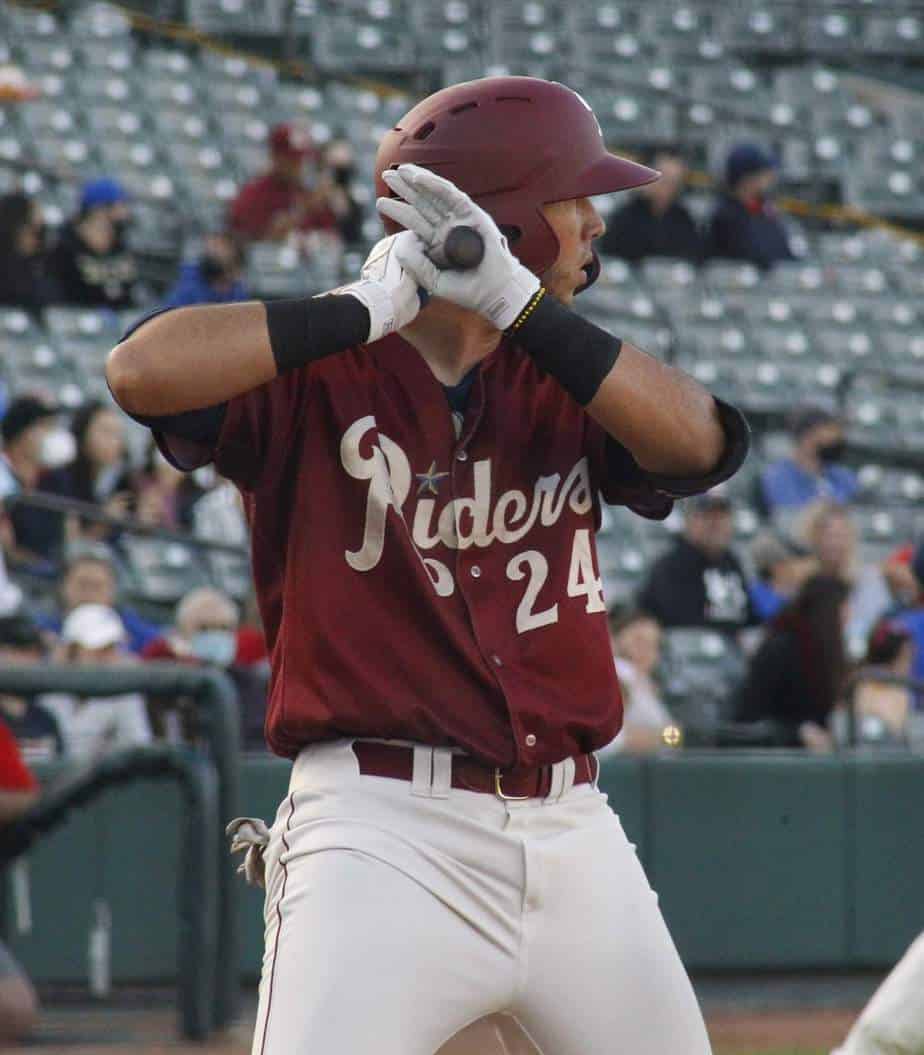 Hans Crouse made his 2nd start for the RoughRiders on Saturday against the Missions and pitched two scoreless innings, striking out one. He threw 17 pitches/ 12 for strikes with a fastball averaging 92 to 97 mph during his two innings!

The RoughRiders shut out the San Antonio Missions (Padres) and won 4-0. They improve to 11-5 on the season, proving they can do it all!

As mentioned Hans Crouse started and pitched the two scoreless innings. The Rangers will have him ramp up a little more each outing, but these limited innings are planned just in case fans are worried.

Hever Bueno (2-0, 0.00) pitched two innings and allowed three hits, walked one and struckout three. He was credited with the win and leads the RoughRiders in Wins now.

Cole Uvila (2.57) earned his 3rd save of the season and leads the RoughRiders in saves, after pitching two innings. He allowed two hits and struckout two.

Bubba Thompson (.266) had a heck of a game. He went 3-5 at the plate with two runs and a strikeout. He had two stolen bases and now leads the team with 4 stolen bases on the season.

Sherten Apostel (.267) was the only other Rider to have a multi-hit game. He went 2-4 with a walk and a strikeout.

Diosbel Arias went 0-2 with a walk and a sac-fly RBI.

The line-up scored 4 runs on 9 nine hits, 5 walks and 8 strikeouts.

Defensively Sherten Apostel was charged with his 2nd fielding error of the season.