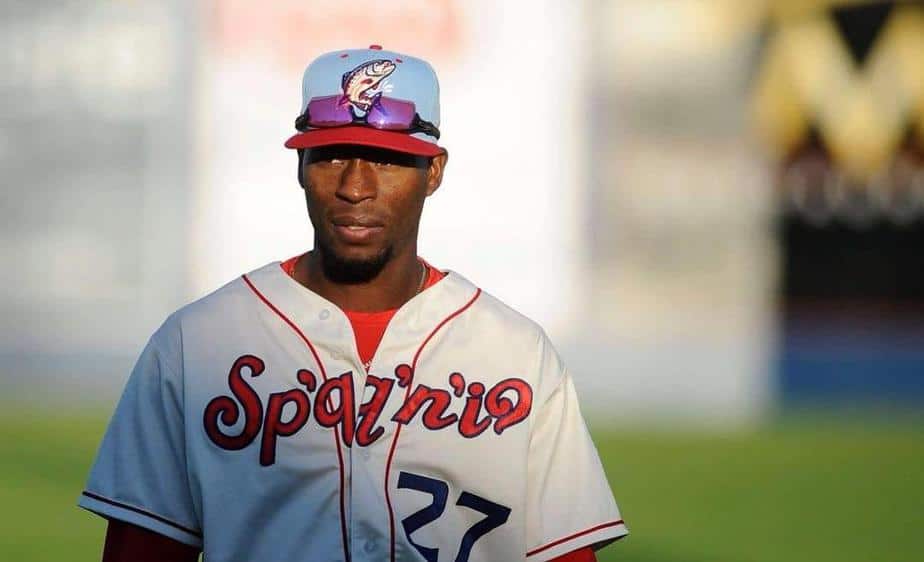 Many considered the signing of Julio Pablo Martinez on March 6, 2018 a huge get for the Texas Rangers in the International market for prospects. Martinez, standing 5-10 and weighing in at appx. 180 lbs. turned 23 years old on March 1, was promoted from Hickory (Low A) to Down East (High A) on April 17 when Bubba Thompson went on the IL with a hand injury.

Martinez is hitting .258 in 83 games so far in his professional minor league career. Obviously the sample size isn’t large enough to get a true read on his future professional baseball career however scouts are very high on Julio Pablo. MLB has him as the Rangers #2 prospect with Prospects1500.com has him at #5. Prospect rankings are subjective but one thing is for certain, he’s a top 10 prospect at worst for the Rangers. Baseball America ranks him at #60 overall in their Top 100 in their pre season rankings.

Texas used up most if not all of it’s allotted international signing money on Martinez. Doing this shows Rangers fans what the organization thinks of his abilities.

Martinez played in the Canadian American Association in 2017 before signing with the Rangers and had an impressive .297/.345/.449 offensive year.

His best physical tool is speed. Needing to add some power to his left handed swing, his upside is huge.

With the help of Wood Ducks Play by Play announcer Matt Present and Leody Taveras, (Taveras helped translate as Martinez is still working on his English), I got a chance to ask Julio Pablo some questions.

GS- Congratulations on your promotion to Down East! How excited were you when you got the call?

JPM- I was so happy, this was a moment that I?ve been working towards and waiting for. Now my goal is to enjoy it and keep working just as hard.

GS- Growing up in Cuba, was it always a dream to play ball in the Major Leagues?

JPM- Growing up, I always played baseball. I also played soccer when I was younger, but baseball has always been incredibly special to me, and I knew I wanted to play it professionally.

GS- The Rangers showed a lot of trust in your ability as they used most if not all of their International Bonus Pool to sign you. How much of a boost in your confidence does that give you knowing that?

JPM- It gives me a lot of confidence, because there were many teams that showed interest in me. Besides the Rangers, the Yankees and Marlins were the teams that were most interested. I love the Rangers, so I?m glad they were the ones who made me a great offer, and I?m happy to be playing for them.

GS- What is your main focus right now as you are developing your game?

GS- What is your favorite meal?

JPM- Rice and beans with chicken.

When I interviewed Michael De Leon with Frisco he had the same answer to what his favorite meal is. I found this kinda interesting. And it makes me want Rice, Beans and Chicken for dinner.?

GS- What is the biggest difference between playing in the Canadian American league compared to Single A ball so far?

JPM- It?s definitely more challenging in affiliated ball, playing against tougher competition. The biggest difference is that when you?re in a major league system there?s a lot of structure, whereas in Canada there wasn?t the same level of accountability.

I love the honesty of this answer. It also gives us a look into not judging too quickly on a prospect in this situation. These are big life changes for a professional athlete and takes time to adjust.?

GS- Is there anything about yourself that you want Ranger fans to know?

JPM- I just want to keep working hard and doing my best and keep working towards my dream of making it to the majors.

Based on his answers it seems as though Julio Pablo loves playing baseball and has a plan. It’s a good sign for the organization that he signed with the Rangers over the Yankees and Marlins. It will be interesting to see what the Rangers do when Thompson comes back from his injury. If they keep Martinez at Down East that tells me they feel he is only going to get better at that level. Either way, it’s important that he plays everyday. Even if it’s at Hickory.

Around the Farm 4/23/19: Emmanuel Clase sees action in Frisco