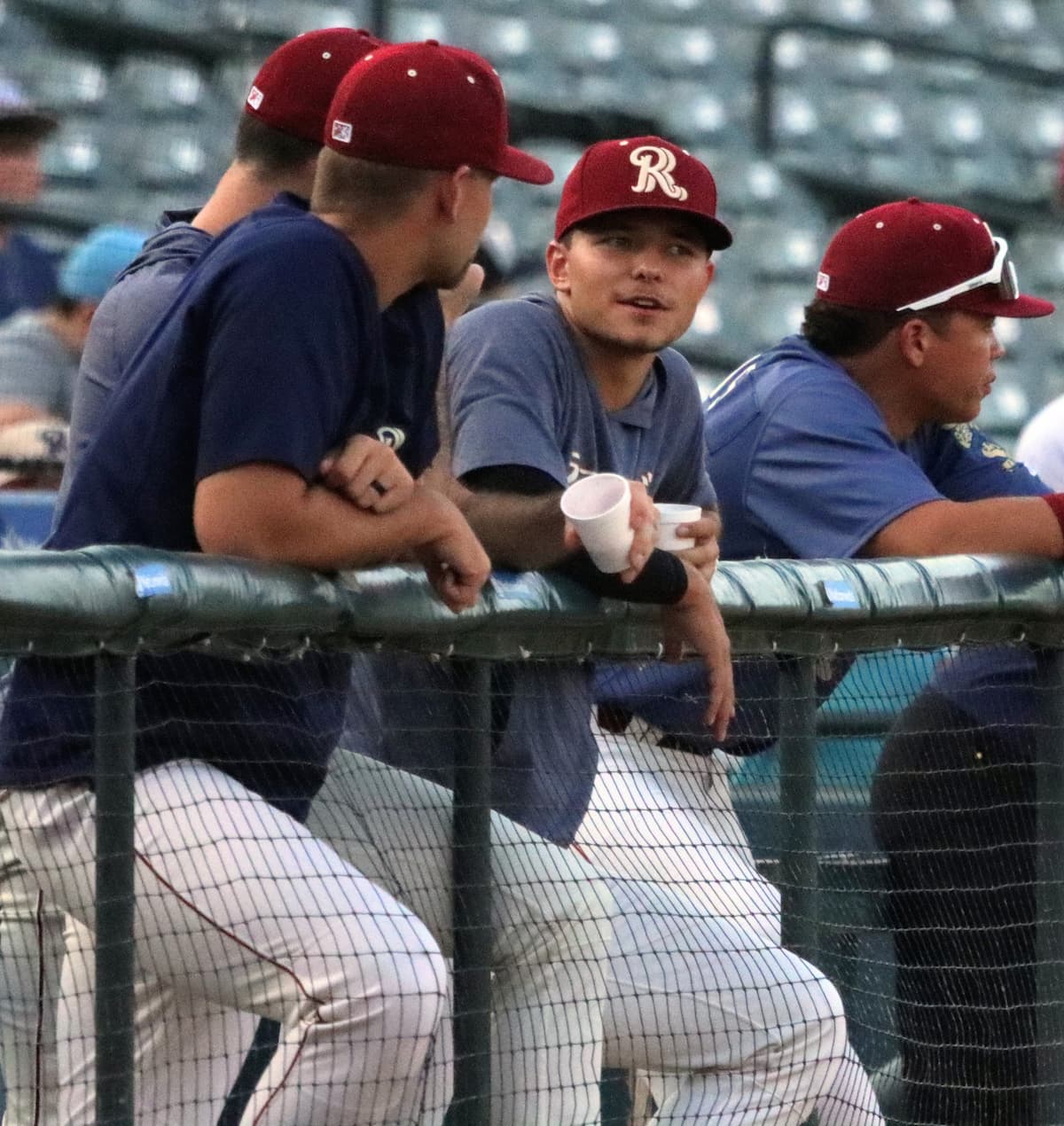 Jack Leiter made his 16th start of the season on the mound for the Frisco RoughRiders. This was his third start against the Amarillo Sod Poodles this season and the RoughRiders 100th game of the season.

In his first outing against the Soddies on June 7, 2022, he pitched 5 innings, giving up 7 runs on 7 hits (2 home runs). He issued 4 walks and struck out 5. Hodgetown is not known to be a pitcher’s park. The RoughRiders lost that game by a final of 7-4.

In his 2nd outing against Amarillo, Jack pitched 1 inning, giving up two hits while striking out 1 batter. While he didn’t factor into the decision, the RoughRiders lost that game 9-3.

Jack was looking to keep the RoughRiders win-streak (5) going to help keep them within striking distance of the 1st place Midland RockHounds. It wasn’t all great but he did his part in front of a crowd of 6,405 at Riders Field.

Jorge Barrosa sent Leiter’s first pitch, a 94 mph fastball, to right field to give the Sod Poodles a 1-0 lead. Leiter hit up to 96 on the fastball and got

The RoughRiders didn’t waste much time finding the scoreboard. Justin Foscue homered on the 2nd pitch of his at bat in the bottom of the 2nd. Foscue has hit a home run in back-to-back games now.

Jack had 1-2-3 innings in the 2nd and 3rd with back-to-back strikeoutsin the 2nd.

He had some traffic on the bases in the 4th but again got Leandro Cedeno to hit into a ground ball double-play, issued a two-out walk but induced a lineout to get out of the inning unscathed.

The RoughRiders took the lead in the bottom of the 4th when Kellen Strahm grounded into a double play scoring Dustin Harris. 2-1 RoughRiders.

The 5th inning was where things got a little dicey for Jack. He was able to get the first two outs but then gave up a double to former Ranger prospect, Ti’Quan Forbes.

Leiter then worked a full count to Drew Stankiewicz but lost him, issuing a walk. A double steal and a wild pitch later the game was tied at 2.

Leiter issued another walk and gave up an RBI single but was able to prevent further damage with a swinging strikeout to end the frame.

Joe Corbett pitched the 7th. The Sod Poodles scored two runs on an RBI-double and a sac-fly.

Luisangel Acuña comes up big for the RoughRiders

The RoughRiders scored four runs in the bottom of the 7th innings to take the one-run lead.

Several players in the RoughRiders stacked line-up had key at bats in this game but none more so than the at bat by Luisangel Acuña. With two outs and the bases loaded, Acuña hit the 1st pitch he saw fit a bases-clearing double. The Riders led 6-5 and held on to win the game by that score.

The RoughRiders won 6-5 and move to 19-12 in the 2nd half of the season. They sit just one game behind the 1st place Midland RockHounds (Athletics).

Despite giving up a couple of runs, Joe Corbett earned the win. Grant Anderson earned his 2nd save of the season pitching a scoreless 9th with two strikeouts.

Multiple RoughRiders have a multi-hit game

Kellen Strahm was activated from the IL prior to the game and extended his on-base streak to 36-games with a two-out double in the bottom of the 6th.

The RoughRiders had quite a few hard hit balls tonight.