Wes Benjamin, better known around the Sounds organization as Day Game Wes because of the amount of day games he pitches, is a true Texas Ranger. Benjamin signed with the Rangers June 15, 2014 and has climbed up the ladder ever since. Day Game Wes has pitched for the Arizona Fall League Rangers, Lower A Hickory, High A Down East, AA Frisco and now in his first year with AAA Nashville.

I met Wes while the Sounds were in Oklahoma City for a series with the Dodgers. We sat down the day after he started for the Sounds, yes it was a day game, and I was immediately impressed with how likable he was. Benjamin, who will turn 26 in July, has the look of a kid still in high school going to the prom. But make no mistake about it, he has a big league arm and is on track to make it to Arlington within the next few years.

Looking at his numbers so far in 2019, it looks as though he’s struggling in AAA. Remember fans, minor league baseball is for development purposes. Every organization has it’s set of innings and pitch limits. With the number of transactions going on a daily basis, pitchers are used as needed. Lately, Benjamin has been used out of the pen some to give relief to incoming and departing pitchers from Texas due to transactions and injuries.

Primarily a starter, Benjamin could develop into a strong left handed middle reliever in the majors. Either way, he has a great attitude and I got a chance to sit down with him to get to know him better.

GS- Wes, thank you for sitting down with me.

WB- Of course! No problem!

GS- Wes, what did you work on during the offseason to get ready for 2019?

GS- What do you work on or focus on during the season?

WB- I think if you talk to any pitcher it’s like you have a small percentage of the time when everything is working at once, so usually it will vary week to week. One week you can have a good feel for a pitch, and not so much the next week. As the season gets longer and your body starts to break down from playing maybe your late with delivery etc. It’s a different process for everyone. For me it may be working on the extension of my fastball, which sets up my other pitches. I can make a few tweaks here and there during the first part of the season as needed. So far I haven’t had the start to the season I’ve wanted but we are on the right track.

GS- I noticed your fastball was live during your last start. It’s hard to explain to people who can’t see it live. How are you feeling about your fastball right now?

WB- I feel my command of my fastball and hitting both sides of the plate helps me set up my other pitches. Sometimes depending on weather it’s hard to get a feel right off and I spiked some early in the game.

GS- Getting ahead of hitters is most important for any pitcher. Is that your mentality when you take the mound?

WB- Absolutely. You want to throw a first pitch strike whether it’s in the zone or out of the zone. Other teams know that’s what your trying to do, and they try to be more aggressive. Hitters know what counts pitchers want to pitch from which tells them what counts they can look for certain pitches for strikes. It’s been fun so far learning those adjustments here in AAA.

GS- What did you feel your biggest adjustment was coming up through the minor league system? A-AA or AA-AAA?

WB- Once you reach AA every hitter 1-9 is good. The biggest difference so far from AA-AAA is that when you make a mistake it gets put into play more and you pay for it. I can only imagine it’s the same way at the big league level with the dial turned up more.

GS- Let’s get to know you more personally. What is something fans might want to know about you that no one knows?

WB- I love to cook. It doesn’t matter where I am. My uncle is a big time BBQ guy, he has his own sauce called Meat Mitch, and I highly recommend it. I love to grill and stuff like that. Other than that, I feel like I’m pretty boring. LOL

GS- Well since you brought up BBQ you know I’m the Head Pitmaster of a Competition team here in Oklahoma City. So when you guys come back in August ill have to hook you up with some of my BBQ.

GS- What is your favorite homemade meal?

WB- My Dads macaroni and cheese. He learned how to make it growing up with my Grandfather in the Army moving around a lot and makes it for all family occasions.

GS- Wes, I greatly appreciate your time! I’ll catch up with you again come August when you come back to Okc!

Wes has been one of my favorite interviews. He was very open and honest and you can tell he’s focused on what it takes to be successful. He has a great outlook and his personality was approachable. I look forward to catching up with him come August. 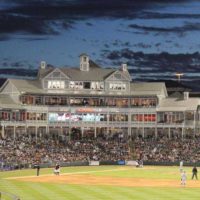 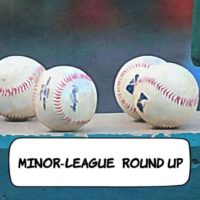 Minor League Round up November 16th 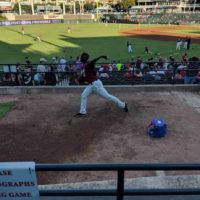