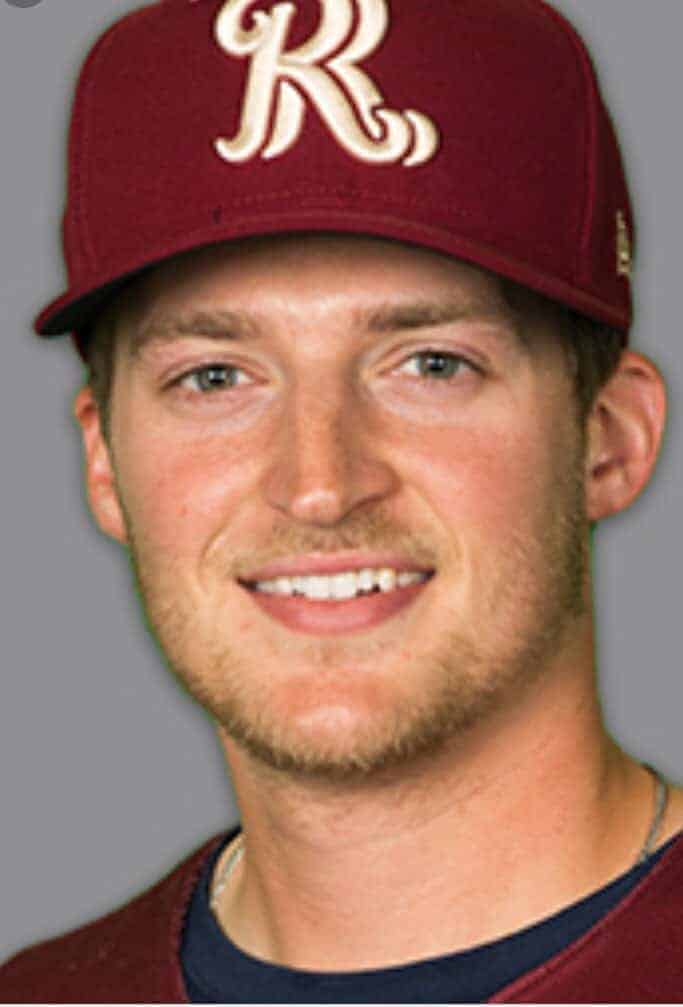 Wes Benjamin, 25, is a left-handed pitcher for the Rangers Double-A affiliate, the Frisco RoughRiders. In 2018 he started for the RoughRiders and also played in the Arizona League from mid to late July.

In his time in the Arizona-League he pitched 7 scoreless innings allowing only 3 hits and striking out 9. His WHIP was 0.571.

Wes Benjamin took time out of his day to answer some questions for us.

That question really is a dilemma for a lot of young players. When I was drafted out of St. Charles East HS, my decision wasn?t too difficult. Since baseball can be an unforgiving profession with injuries and bad luck, I knew I wanted to at least have an education under my belt while I learned more about how to pitch and train at the next level. The incredible coaching staff at the University of Kansas made my decision even easier, and I’m incredibly grateful to them and the New York Yankees for thinking highly of me.

Growing up was baseball your 1st sport that you wanted to play?

Surprisingly no. I pretty much played every sport with a ball growing up, and whatever season it was at the time was my favorite sport! Growing up in the Chicagoland area, my first dream was to play for the Chicago Bulls like Michael Jordan.

Tell us something that fans do not know about you.

First off, It?s so cool to think that I have fans in the first place! I guess I would have to say that most people don?t know that I love to cook. Usually if I get the chance to cook for other people I take it, which runs in my family. My uncle even co-owns his own Barbecue company called MeatMitch, which I highly recommend everyone check out!

What was the biggest adjustment you had to make pitching wise from High School to College to professional ball?

In high school baseball, it?s more about learning how to throw your pitches over the plate without a specific location. In college you have to begin to command your pitches to different sides of the plate, and hone in on off-speed to disrupt hitters timing. With professional baseball, I feel you can begin to set yourself apart from others by learning to change eye level with pitches up and down in the zone, and learn more of the mental side of the game: how to read swings, combinations of pitches, etc.

Do you have any pre-game rituals that you do before every game?

I don?t really have too many rituals, but I don?t listen to music on my start days. I?ve found that I like to be more even-keeled, and keeping myself from being too pumped up by music helps me.

What is your favorite food and music?

When I do listen to music I have a pretty broad spectrum of genres anywhere from blink-182 to AC/DC primarily, but I?ll listen to anything really. My favorite food is probably sushi, which I?ve grown accustomed to pretty recently.

Who is a player that you emulated while growing up and why?

Growing up I watched the cubs play, and wanted to be like Kerry Wood. I would wear #34 in all my sports just because he was so dominant on the mound.

What are non Baseball activities that you do in your spare time?

I enjoy running and being outdoors, cooking, watching shows I can binge through an entire season of on Netflix, long walks on the beach… does that count?

Who has been the most influential person so far in your career?

I?ve had a lot of influential people come through my baseball career. I would have to say my college pitching coach Ryan Graves helped to mold my pitching style early on and helped give me the opportunity to develop my mental side to pitching. How to pitch to certain batters, using my strengths to get guys out, which pitches work best for me in what counts, and we developed that for 3 years at Kansas which I can?t thank him enough for!

What pitches do you have in your repertiore?

It?s adapt or die in this game so my repertoire has changed quite a bit. I throw a 4-Seam Fastball, Change up, Curveball, Slider, and I?ve been developing a Cutter this off-season.

I know it can depend on the day but what pitch is your go to pitch for an out?

I would have to say my change up is my best pitch, but my slider has come a long way and was a key out pitch for me last year.

Looking at your stats from the minor leagues overall you have very consistent numbers. The earned run average is good and the strike out numbers are almost a strikeout per inning. The innings pitched went down this year to 86.2. What is the reason behind that? Are you transitioning to a bullpen role or was there an injury?

I had slept on my neck wrong about half way through the season last year and it irritated a nerve in my neck and arm. I went back to Arizona to rehab and lost about 2 months of the season, but returned and finished my year strong and healthy as a starter!

I would like to thank Wes Benjamin for taking the time out of his day to answer questions.

He may not have the most recognizable name in the Rangers system but he doesn’t get the recognition he deserves. We will keep you updated on his progress throughout the year.

When did Wes Benjamin make his Major-League debut?

Wes Benjamin made his Major-League debut for the Rangers on August 16, 2020 against the Colorado Rockies in a 10-6 loss. He pitched one inning and allowed two runs on three hits and struck out two. He threw 28 pitches.