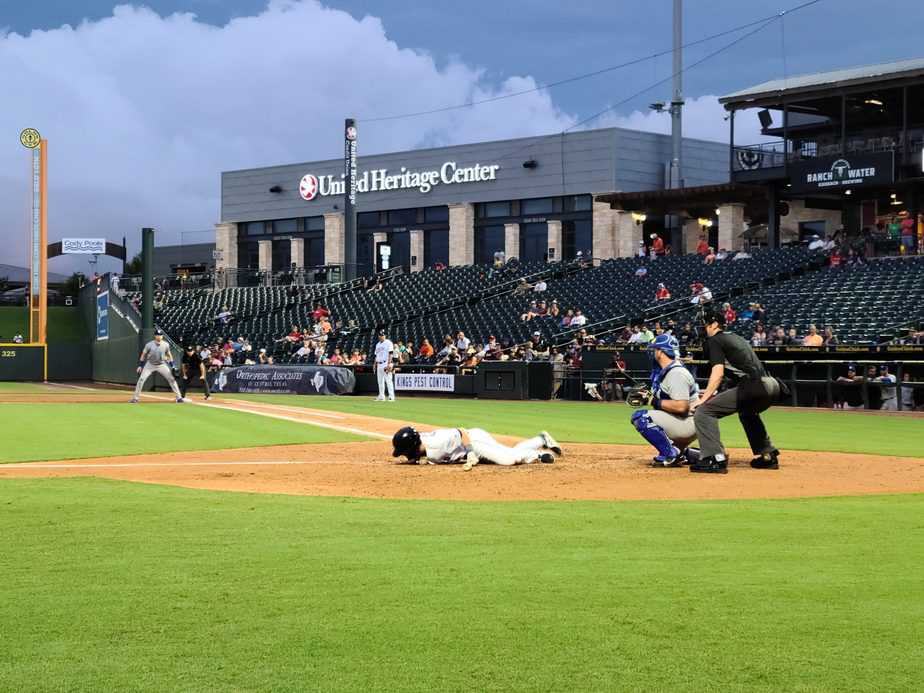 Round Rock, TX – Powered by an offense that banged out 12 hits and a workmanship effort from four pitchers the Sugar Land Skeeters hammered the Round Rock Express for the second straight night, Monday by a score of 9-3. On a night when all but one Skeeter scored, the Express managed only four hits. Southpaw reliever James Jones (2-2, 7.07), the 2nd of 5 Express pitchers, took the loss for Round Rock. Former Express righty Colin McKee (2-1) picked up the win for Sugar Land.

With the loss, Round Rock’s third in a row, dropped them to 27-26. In losing 8 of their last 10 games the Express has fallen into 3rd place in the (still very unstably named) Triple-A West-East 3.5 games behind Sugar Land and a game behind OKC. In victory, the Skeeters improve to 30-22 while maintaining a 2.5 game lead on the Dodgers, who lost to Salt Lake 5-4 Monday night.

The Skeeters and Express close out the series at Dell Diamond Tuesday with the first pitch at 7:05. Right-hander Drew Anderson (3-4, 3.55 takes the hill for Round Rock while the Skeeters will send out the most overworked starter in the history of baseball – TBA. Tuesdays are Two For Tuesdays at Dell Diamond which means everything is buy one get one free (DISCLAIMER: This is a lie) AND anyone that brings at least 2 canned goods will receive a free outfield lawn ticket in support of Strikeout Hunger (NOT a lie).

Be sure to check back later for the full analysis from The Prospect Times.