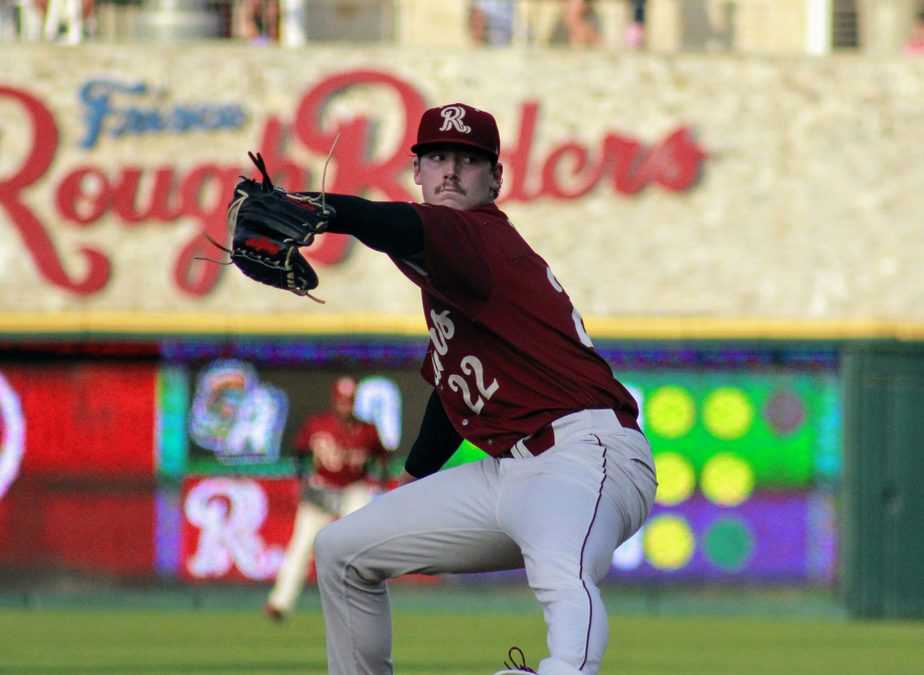 Cole Winn (2.50) opened for the Frisco RoughRiders after being activated from the Developmental List. He did his thing and pitched two scoreless innings, allowing one hit, one walk and one strikeout. He lowered his earned run average to 2.50 on the season.

Ronny Henriquez (4-4, 4.85) took the loss. He was originally scheduled to start but he took over in the 3rd after Winn opened. He pitched five innings and allowed three runs on seven hits, two walks and six strikeouts.

At the plate the RoughRiders scored one run on four hits. The run came from a Bubba Thompson sac-fly to right field that scored Matt Whatley, preventing the RoughRiders from being shut out.

After this loss, they fall to 59-46 and are currently playing the last game of this series and trail 2-0 in the top of the 3rd.