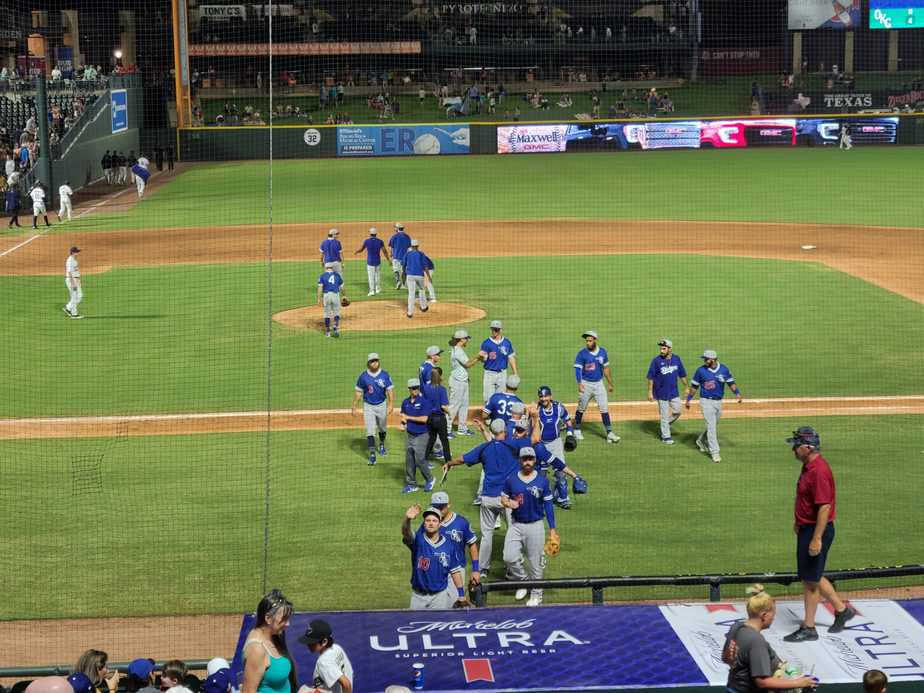 Round Rock, TX – The Round Rock Express lost their fourth straight game, 4-2 Saturday night to the Dodgers, despite the addition of David Dahl (.250, .750 OPS) on a rehab assignment. Dahl, went 1-4 with a double and a run scored, struck out to end the game.

Drew Anderson (3-3, 3.41) got the start and took the loss, going six innings but found himself in trouble often as he allowed five hits, two homers and walked three. Anderson, who threw only 82 pitches (54 for strike) in his six innnings of work, allowed base runners in every inning except the 2nd, did strike out 7 in the process.

Vidal “Sleepy” Nuno (1-0, 6.75) started for the Dodgers, giving up only one hit while striking out one, got the win using only an economic 54 piches (34 strikes) in his five innings pitched. Former Chihuahua great, Kevin Quackenbush (1-0, 0.00) pitched the final inning to pick up his 6th save of the year.

The loss drops the Express to 23-16 on the season, however Round Rock remains a half game out of first place with Sugar Land’s loss in El Paso Saturday night.

As mentioned previously, starter Anderson allowed base runners in every inning except the 2nd. While taking only 82 pitches to get thru 6 innings these days is considered economical, the righty benefitted from only throwing seven pitches in that 2nd inning. Also, if I use “economic” one more time in this article, it’s officially a drinking game.

In what is becoming quite the norm, the back end of the bullpen once again shut down whoever they put out there and whomever they faced. Joe “I’m No Joker” Gatto (1-1, 0.89 between AA & AAA) making his Triple-A debut (seems we’ll be saying that more and more in the near future) battled control issues in his 34 pitches, only 17 for strike, but still managed to fire 2 hitless, scoreless innings while walking only one.

Jimmy Herget (0-0, 2 S, 2.18) followed with a hitless 9th, striking out one in his 4th striaght scoreless appearance. Herget has been scored upon only twice in his 15 appearances in 2021.

The Express had a chance in the 9th inning with the top of the order coming up and then something amazing happened; Leody Tavaras led off and FINALLY bunted – into the shift! And what do you know? HE GOT ON BASE on an infield single!!! Thennnnn he promptly got thrown out by former Ranger catcher and Express great Tim Federowicz attempting to steal second, sucking the life completely out of Dell Diamond. Quackenbush struck out Elier Hernandez (.245, .707) and Dahl to end the game sending the crowd of 5,544 home in a cloud of disappointment.

The Red Dirt Rumble heads to game 10, Sunday at 7:05 pm with the Express still holding a 5-4 edge. Recent arrival to Round Rock, lefty Hyeon-Jong Yang (0-0, 0.00) makes his Express debut while 32 year-old journeyman Mike Kickham (0-1, 3.66) takes the hill for the Dodgers. At the very least we’ll get to hear “Kickham” an ECONOMIC number of times.