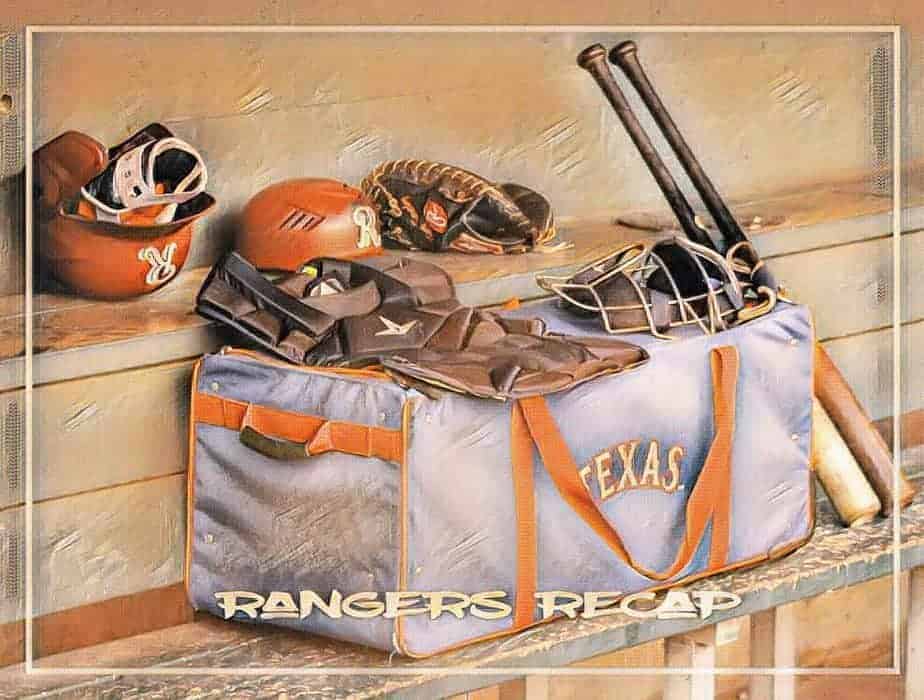 After losing three-games in a row, the Rangers got back into the win column on Sunday with their 7-2 win over the Angels. They move to 19-34 with only seven games remaining in the season. For those on #RockerWatch, the Rangers would have the 2nd pick if the season ended tonight. They are 4 games behind the Pittsburgh Pirates and will not pass them before the end of the season.

Some exciting things happened in this win.

Kyle Cody earned his 1st career win and Sam Huff hit his 1st home run. Hopefully there are many more to come for both of them.

Taylor Hearn (4.50) pitched a scoreless inning and struck out one in the process.

Kolby Allard (0-6, 8.51) who was recently moved to the bullpen walked one batter in his scoreless inning. He threw 13 pitches- 8 for strikes. The bullpen might be a good spot for Allard.

As a whole the Rangers line-up scored 7 runs on 9 hits. They worked 4 walks and struck out 13 times.

Joey Gallo got the Rangers on the board first with his two-run home run (10).

Rookie Anderson Tejeda continues to impress at the plate. He hit his 3rd home run of the year in the top of the 2nd.

Huff showed the power that we know he has. He hit his first home run of his Major-League career in the top of the 4th a whopping 410 feet to center.

Derek Dietrich hit his 4th home run of the year. He went 1-2 with a couple of walks.

Overall, 6 of the Rangers runs came from the 5 home runs they hit.

Willie Calhoun and Rougned Odor each had two hits.

The final game of this series is tomorrow at 3:10 PM CST. RRight-handr Kyle Gibson (2-5, 5.18) takes the mound for the Rangers against Right-hander Dylan Bundy (5-3, 3.12) for the Angels. Gibson threw a complete game shutout against Houston in his last outing on Sept 16th.