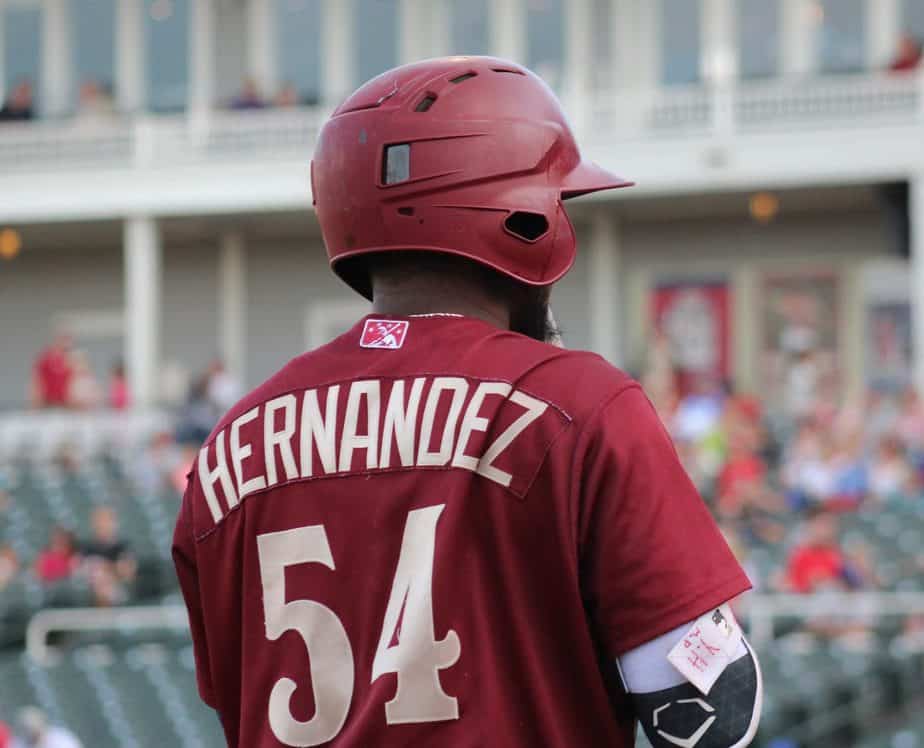 The Rangers alternate site team played at Globe Life against the Kansas City Royals Alternate site. They are playing at Globe Life for a two-game series before moving to Dell Diamond for a three game series. Even with the hot-bat of Yonny Hernandez, the Rangers dropped game one by a final of 7-2.

Right-hander Jharel Cotton pitched 1.2 innings. He allowed one run on two hits, two walks and three strikeouts. Right Spencer Patton had a scoreless outing lasting one and one third of an inning.

Joe Barlow had a bounce back outing. He pitched two scoreless innings, allowing only a hit.

Nick Vincent pitched a scoreless inning, striking out the side but had a couple of walks.

Yonny Hernandez has definitely impressed at the plate for the Rangers alternate site. Levi Weaver, of The Athletic mentioned that Kenny Holmberg mentioned Hernandez when asked if anyone has stood out.

Yonny Hernandez went 2 for 5 in this game with one of the RBI.

Frainyer Chavez had the other RBI for the Rangers. He went one for one at the plate with a walk worked in.

Outfielder Elier Hernandez had the other hit for the Rangers. He went 1 for 2 with a run.

Catcher Matt Whatley had the other run for the Rangers. He went 0 for 1 with a run and walk.

A couple of Royals notes*

The Royals scored all of their runs in the first four innings.

Bobby Witt Jr is the highest rated prospect on the field. He went 1 for 3 with two RBI, a run, a strikeout.and HBP. The Rangers should have called the cop’s because he stole a base.

The Royals starter, Daniel Lynch pitched 5.1 innings. He allowed one run on one hit, four walks and five strikeouts.

Left-hander, Day-Game Wes Benjamin will start for the Rangers. Jackson Kowar for the Royals. Saturday April 24, 2021. First pitch is set for 2:30.