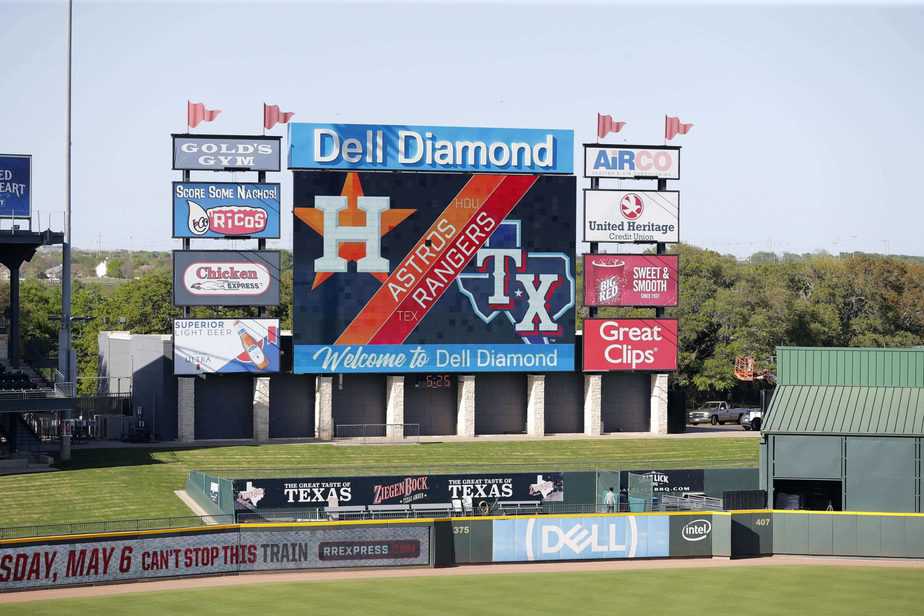 The Rangers alternate site walks off in the bottom of the 9th by a final of 8-5.

The Rangers sent Wes Benjamin to the mound and he was scheduled to be followed by RHP Jason Bahr, RHP Nick Vincent and RHP Collin Wiles at some point.

The Rangers were the first on the board thanks to a two-run blast by power-hitting Curtis Terry in the bottom of the 2nd.

The Rangers loaded the bases in the bottom of the 4th and hot-hitting Yonny Hernandez brought in all three runs on a bases clearing double. The Rangers led the Astros 5-0 at the time.

Nick Vincent pitched 2/3 of an inning striking out one. He threw 10 pitches, 8 for strikes.

The Astros scored in three straight innings and tied the game in the top of the 7th at 5.

With the game tied in the bottom of the 9th the Rangers John Hicks and Curtis Terry reached on back to back singles. That’s when the game deciding, walk-off 329 foot blast came off the bat of Carl Chester. The Rangers won 8-5.

The next game of this two-game series is today with first pitch scheduled at 4:05. Rangers right-hander Sam Gaviglio is set to start against Astros right-hander Austin Hansen.