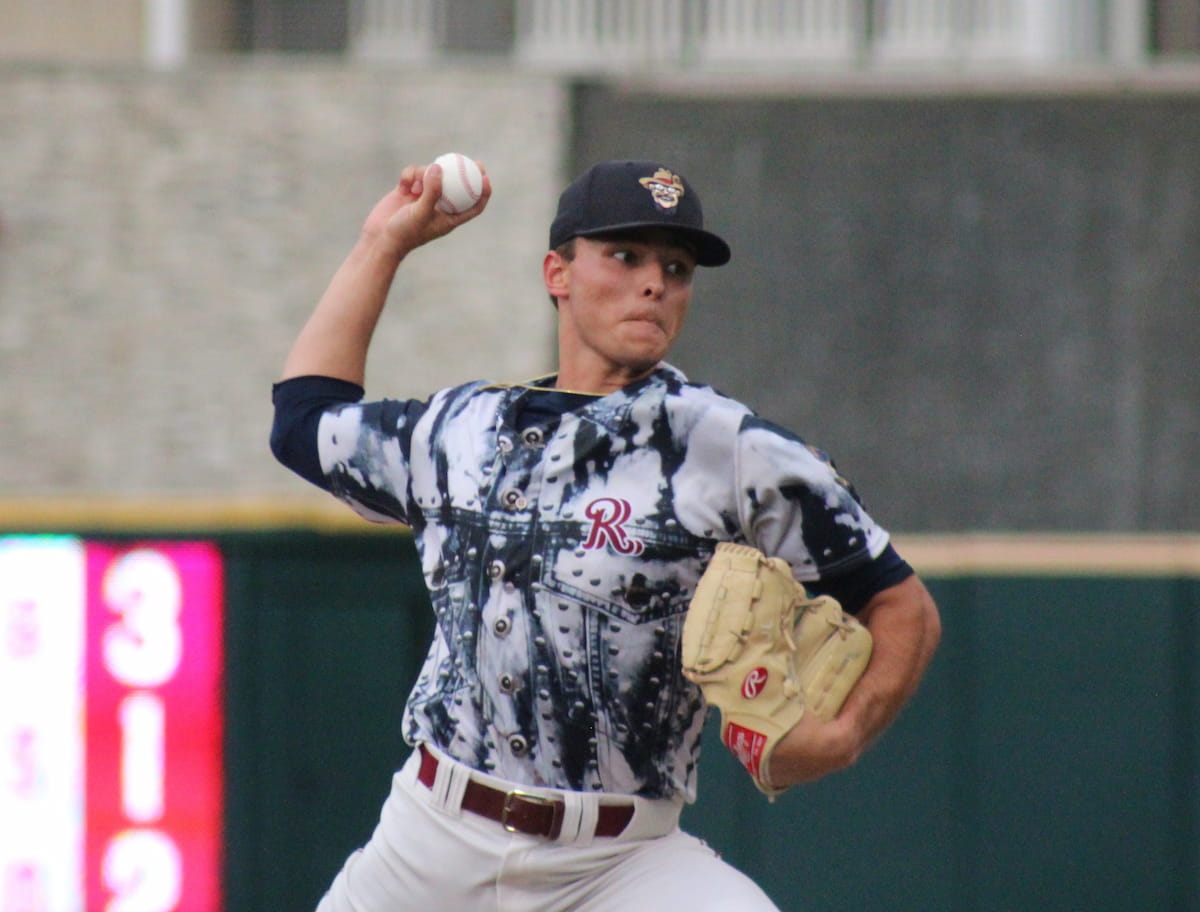 Jack Leiter is a 22-year-old-right-handed pitcher in the Texas Rangers organization. He is currently assigned to the Double-A affiliate, the Frisco RoughRiders. Leiter is the number one ranked prospect in the Texas Rangers system who they selected with their 2nd overall pick in the first round of the 2021 MLB Draft. Leiter is the son of former Major League Baseball player, Al Leiter, who pitched for the Mets, Blue Jays, Yankees, and Marlins. Before being drafted by the Rangers, Leiter attended Vanderbilt University during the 2020 and 2021 seasons.

Jack Leiter played college baseball for the Vanderbilt Commodores. In 2020, Leiter pitched a total of 15.2 innings with a 1.72 earned run average, 8 walks, 22 strikeouts, and a .830 WHIP in the Covid shortened season.

In 2021, Leiter ended up with an 11-4 win-loss record and a 2.13 earned run average in 110 innings pitched. On March 20, 2021, he pitched a no-hitter against South Carolina where he registered 16 strikeouts. Leiter and teammate Kumar Rocker helped lead the Commodores to the College World Series where the Commodores lost in three games to the Mississippi State Bulldogs.

The Rangers drafted Leiter with their 2nd overall pick in 2021. Some doubted that the Rangers would be able to sign him but they reached an agreement for $7.9 million, which was over his slot value. Instead of assigning him to an affiliated team to let him finish the season, the Rangers decided to let Leiter rest his arm after pitching 110 innings the season after throwing only 15.2 innings. Leiter returned to Vanderbilt to continue his education before reporting to the Rangers Spring Training in 2022.

The Rangers challenged Jack Leiter and assigned him to the Double-A level with the Frisco RoughRiders to start the 2022 season, essentially skipping two levels of professional baseball. We’ve seen flashes of brilliance and we’ve also seen reminders of how much a jump it is from college ball to Double-A ball. He dazzled in his professional debut on April 9th, 2022. He started against the Arkansas Travelers where he pitched three innings only allowing one run on one hit and two walks. He struck out seven of the twelve batters he faced and threw 61 total pitches.

So far in 2022, Leiter has a 2-6 win-loss record with a 5.36 earned run average. The win-loss record isn’t important as the pitcher doesn’t have control over that number. The earned run average isn’t the most important thing to look at either so there is no reason to panic about these numbers with Leiter. In his 48.2 innings of work, he’s struck out 60 batters, so he hasn’t lost his dominant stuff. It’s more about consistency which is part of the issue with the 28 walks issued.

In his last start on June 24, 2022, Leiter allowed two runs on two hits, and five walks and struck out four batters against the same Arkansas Travelers. The five walks are the most he has issued in a single game this season.