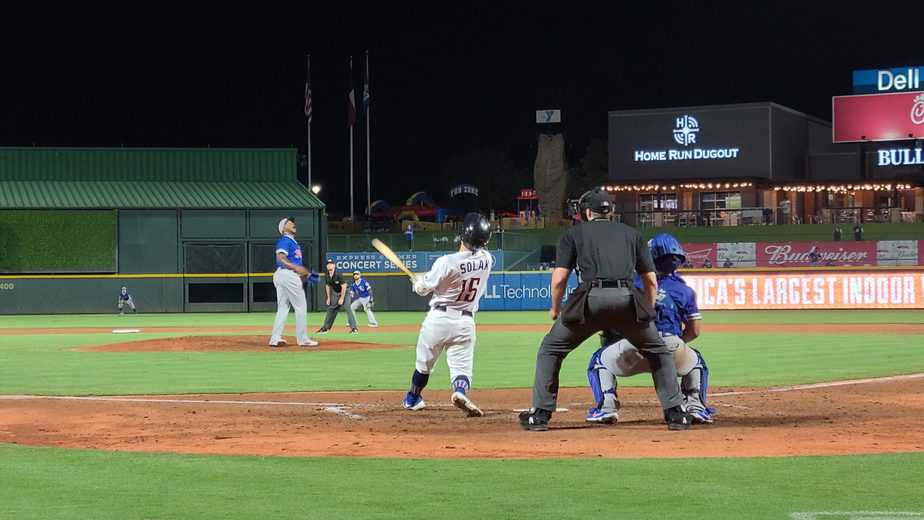 Round Rock, TX – A night after accumulating 13 hits four Dodger pitchers allowed only 5 scattered hits en route to a 7-1 victory over the Round Rock Express Sunday night at Dell Diamond.

Lefty Hyeon-Jong Yang (0-2 5.97) got the start, went 6 innings striking out 8 and walking only 2, but allowed 5 runs (all earned) on eight hits and took the loss for the Express. Former Ranger/Express pitcher and current E-Train Killer Austin Bibens-Dirkx (8-1) gave up only 2 hits over 5 innings, one of which – a solo home run by Yonny Hernandez – accounted for Round Rock’s lone run, got the win for the Dodgers. Bibens-Dirkx is now 4-0 with an ERA of 2.70 in four starts against Round Rock in 2021.

The main culprits of the anemic offense on Sunday was the top three hitters in the lineup; Delino DeShields, Leody Tavaras and Nick Solak. After going a combined 9-14 with 2 doubles, a home run and 6 RBI in the Express’ 6-3 win Saturday, the three followed that performance up with a combined 0 for 12 and ten men LOB.

The loss drops the Express to 37-39 on the season, in third place, seven games behind the Skeeters, who beat El Paso in Sugarland 3-2 Sunday. The win improves the Dodgers to 39-37, still 5 games behind Sugar Land, but moving 2 games ahead of Round Rock in the standings.

Game 5 of the series is slated for Monday as LHP Brock Burke (1-4, 7.11) will take the bump for Round Rock while the Dodgers will send out Ryan Pepiot (–) to make his Triple-A debut. First pitch at Dell Diamond is scheduled for 7:05.