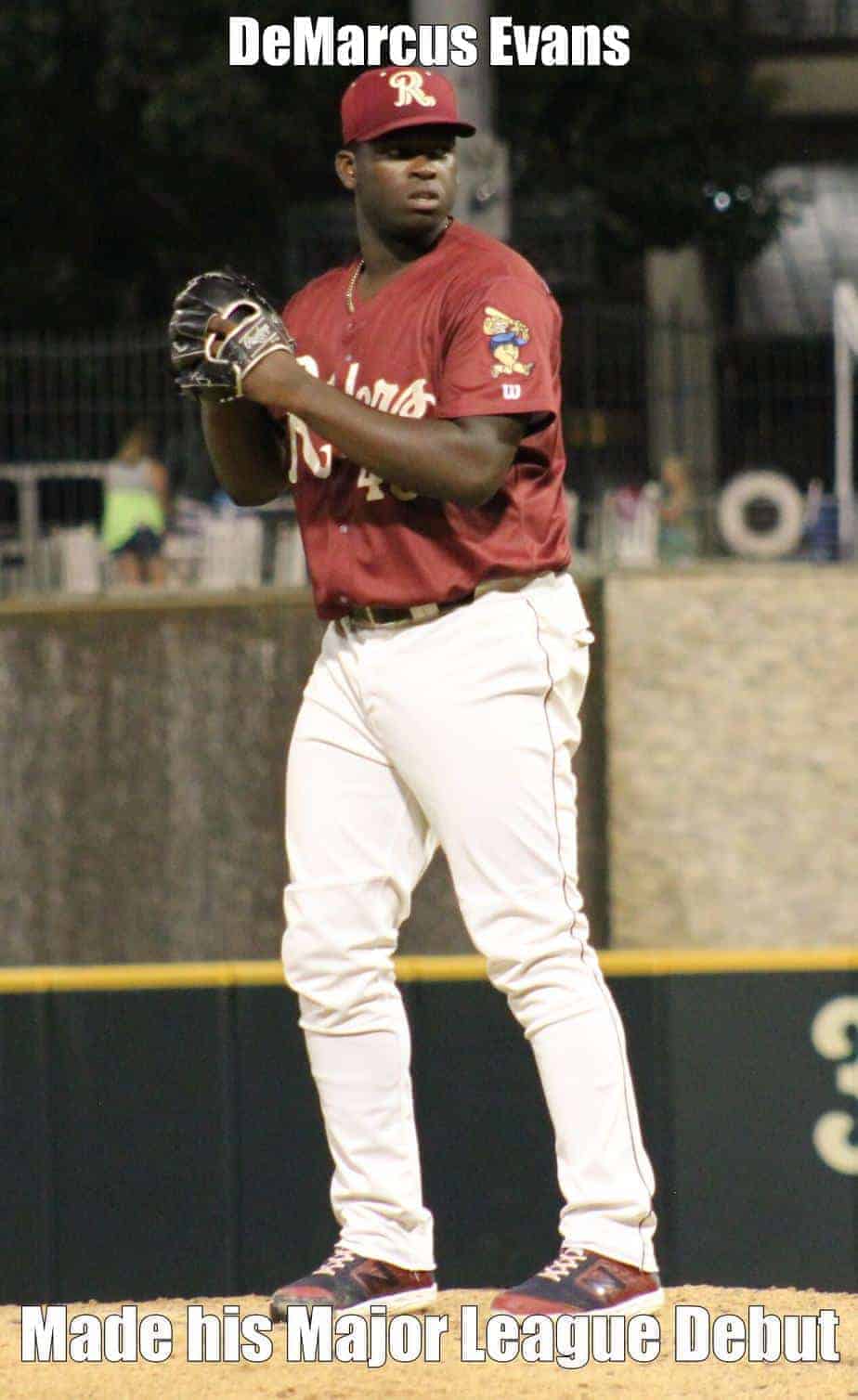 Albert Pujols had 660 home runs prior to the start of tonight’s game. When the game was over the Angels won 6-2 and he had 662 home runs and he surpassed Willie Mays on the all-time home run list. Pujols stands alone in 5th place with 662. The next up is Alex Rodriguez with 696.

Jimmy Herget (3.24) opened for the Rangers and walked two batters in his scoreless inning.

Wes Benjamin (1-1, 4.41) pitched four innings and allowed two runs on six hits, two walks and four strikeouts. Pujols hit his first home run off of Benjamin in the bottom of the 5th on a 1-2 count. This is where Pujols moved into 5th on the all-time home run leaders list. So far, I’ve been impressed with Benjamin in his limited innings.

Jesse Chavez (7.80) replaced Benjamin in the bottom of the 6th. Chavez allowed 1 run on two hits and a walk.

This is a debut that we’ve been excited about. We have alot of favorite prospects and DeMarcus is definitely one of them. I doubt his debut started off the way he imagined it. He gave up a home run to Albert Pujols. Then a pitch got away from him and hit Justin Upton in the helmet. Evans then did what I’ve seen him do in Frisco. He got out of the inning without any further damage. He got a fly out to Center for the 1st out and then induced a double-play ball that Anderson Tejeda turned. Congratulations to DeMarcus and Welcome to the big leagues!

Rafael Montero (0-1, 3.68) pitched the bottom of the 8th. Not usually a fan of using the closer in a non-save situation but his last appearance was six days ago on the 13th. He allowed two runs on two hits and a walk.

Anderson Tejeda was the only Ranger with multiple hits. He went 2-4 with a run scored. Willie Calhoun was the one who drove in the Rangers two runs with his single in the top of the 7th. Overall, they managed two runs on six hits and struck out 10 times.