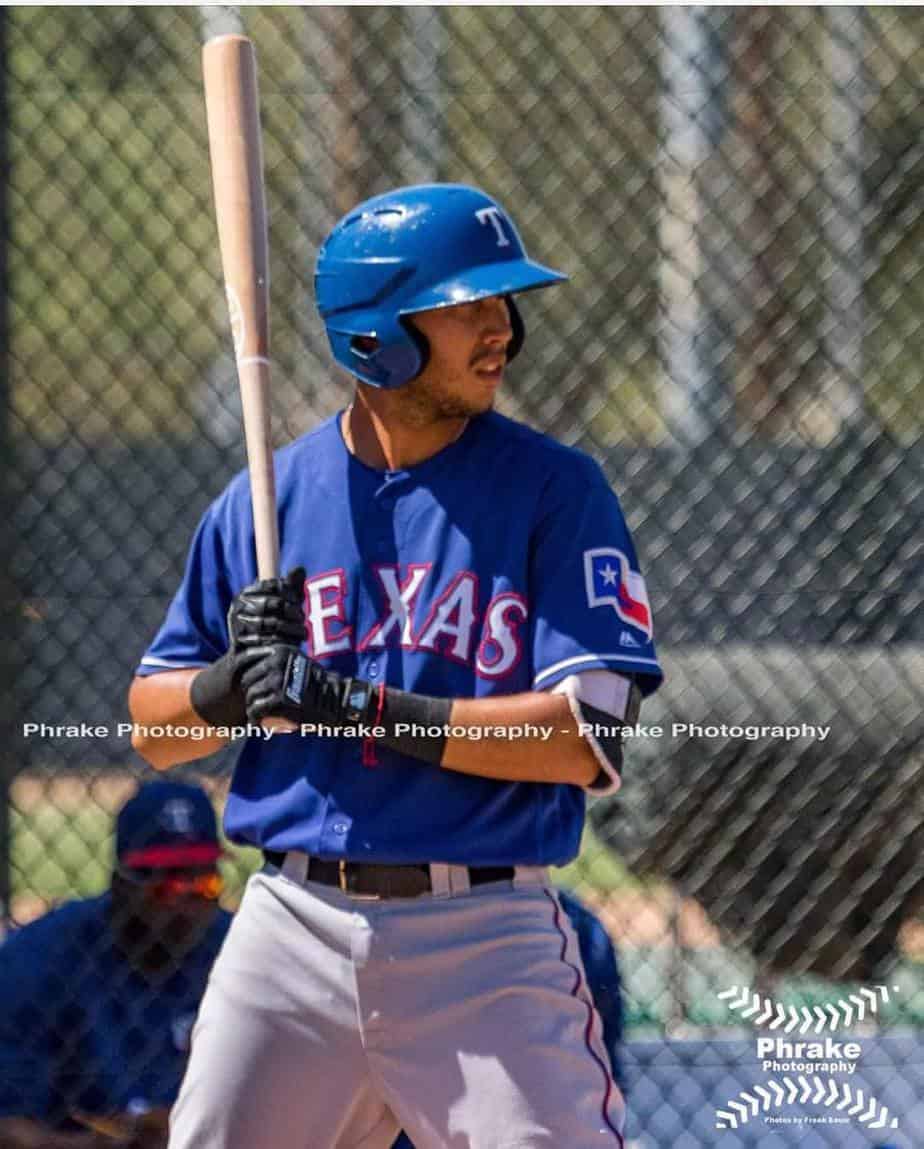 You may not find Arias listed in the top 30 of the Texas Rangers prospects but he is certainly talented. Fangraphs has him ranked # 41. He really caught my eye this last year when I saw him consistently named in our Around the Farm posts.

What do scouting reports say?

To be honest, there aren’t many out there to be found. I want to be clear by saying that I have not seen Arias play in person. Just looking at the numbers, there isn’t a whole lot of power. In his 3 seasons in the farm system, he’s homered 7 times. He’s been able to get on-base at a .382 clip and struck out percentage of 22.6 % last year. It has gone up each year but he’s had more plate appearances each year. Last year he had a BABIP (batting average of balls in play) of .351.

With the current season of Minor League baseball being delayed, Diosbel joins a long list of Texas Rangers prospects that are working out at home. He spent this off-season in Florida but is now in Texas where he continues to work out at home. He is working on agility, fielding and also bats 3-4 times a week. These guys are trying their best to stay ready for any sort of season. Every day that passes is another that is less likely that a season for the minors will happen.

We asked a few questions and he graciously answered. Continue reading below to find out who his favorite player is and the biggest adjustments he’s had to make.

Prospect Times: How did you get your start in baseball?

Diosbel Arias: I started playing baseball from an early age, my family took me to the stadium and played with me.

Prospect Times: Who has been your biggest influence in your baseball career?

Prospect Times: What was your experience in leaving Cuba and playing in America?

Diosbel Arias: Being able to play in American baseball has been a great experience, I have learned and matured a lot.

Prospect Times: What is the biggest difference in talent level? What has been the biggest adjustment you have had to make?

Diosbel Arias: I had to adjust to the speed of the pitchers and their different pitches.

In 3 minor league seasons, Diosbel Arias has a career batting average of .305 and on base percentage of .382

Prospect Times: It’s been a hot topic recently, how do you feel about the automatic strike zone?

Diosbel Arias: I feel good, I try to swing and hit the ball I see in the strike zone, no matter if it’s straight or a breaking ball.

Prospect Times: Are you working on anything this off-season?

Diosbel Arias: Yes, I’m working on the physical and agility, without neglecting the defense and batting.

Prospect Times: Who was you favorite player growing up and why?

Diosbel Arias: my favorite player is Troy Tulowitzki. I really like his way of playing and his skills in the short stop position.

Prospect Times: Which Major League team was your favorite?

Diosbel Arias: I did not have a specific team

Prospect Times: What is your favorite home cooked meal?

We want to thank Diosbel for taking the time out of his day to answer our questions. We hope that you enjoyed this post and hope that you learned a little about one of our favorite prospects. Stay tuned and we will keep you up-to-date on his season once baseball starts up.