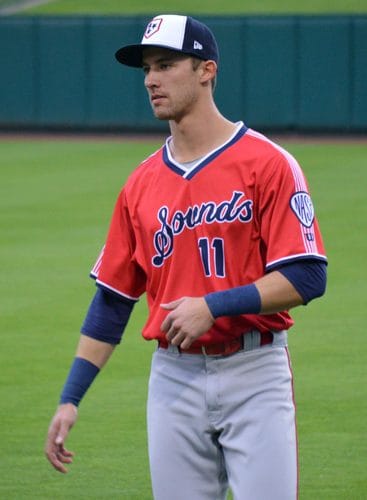 After what many Ranger fans view as a failed trade deadline, the Rangers have announced more roster moves. Eli White called up along with Anderson Tejeda and pitcher John King. John King

Rougned Odor is heading to the IL for his eye infection that has had him benched.

It appears that what we’ve been calling for is going to happen. It’s time to let the prospects play.

Eli White is going to get his chance and will be looking to make his big league debut. White was acquired by the Rangers in the 3-team trade between the Rays and Athletics that sent Profar to the Athletics. He spent last year in Triple-A with the Nashville Sounds and slashed a .253/.337/.418/.755 at the plate with 14 home runs and 43 RBI. Eli is likely to play in the outfield but has played at short and 2nd base.

King, a left-hander, will be getting the call eventually according to Evan Grant. He will be 26 i September and spent 2019 between Hickory and Down East. Between the two-levels he had a 3-6 record with a 2.40 earned run average. One thing about King is he doesn’t issue many free passes. He averaged an average of 1.2 walks per nine innings. And the Rangers have has issues with walks this year.

Rougned Odor to the IL

I still question the Rangers on not bringing up DeMarcus Evans. Jason Bahr is another I’d consider. Some are also calling for Jung, Apostel and Huff coming. I dont think there are that many roster spots that open up.

I’ve heard that there is at least one other player that is on their waynto the 60-man. Whether it means any playing time for them, I don’t know but I think you’ll all be happy when you find out who it is.