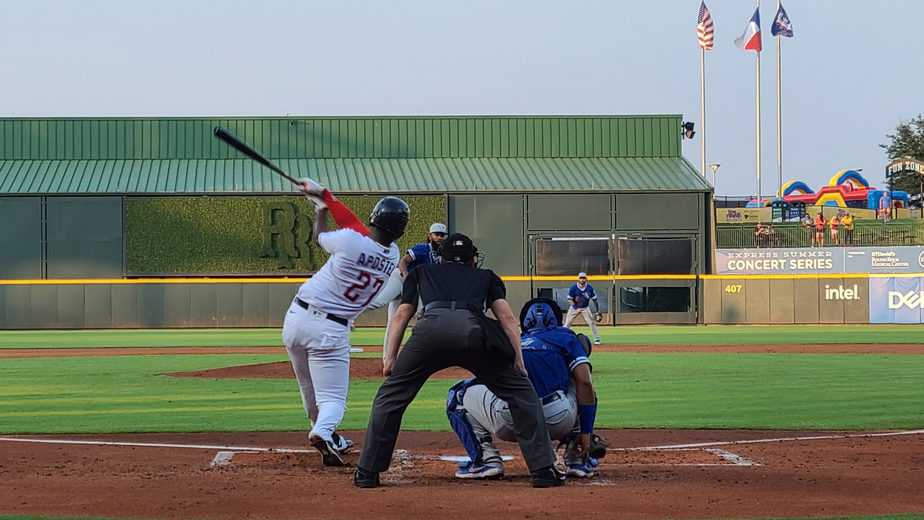 Round Rock, TX – The Round Rock Express lost their third game in a row and their 4th of the six-game series to the Oklahoma City Dodgers, 7-3 Tuesday night at Dell Diamond in front of 3,525 disappointed fans.

Southpaw Wes Benjamin (2-4, 8.84) was in trouble the entire evening after a promising 3-up/3-down first inning took the loss, while allowing all 7 runs (all earned) on an ugly 10 hits. In addition Benjamin issued 3 free passes for a total of 13 base-runners on the evening, for an astounding 3.46 WHiP.

Contrary to Benjamin, Colin Wiles (3-1, 4.79) took over in the 6th inning and shut the Dodgers down posting four hitless innings and 5 strikeouts.

Dodger righty Andre Jackson (1-0, 3.60) got the start and the win for Oklahoma City in his first career start at the Triple-A level. The 25 year-old Jackson posted a 3-2 record with a 3.27 ERA with Tulsa (AA) prior to his call-up July 31st.

In what was an anti-climatic evening after the call-ups of Ranger Top-30 prospects INF Sherten Apostel (#10), RHP A.J. Alexy (#24), RHP Yerry Rodriguez (#22), the Express were held to 6 hits, including a solo home run from John Hicks, his fifth on the year.

Yoshi Tsutsugo did most of the damage for the Dodgers driving in three as part of a 2-hit night that included a solo home run (9) off of Benjamin in the 3rd.

With the loss the Express drop to 37-41 falling to 7.5 games in third behind Sugar Land with their game at home against El Paso still in progress at post time. OKC get their record to season high 4 games over .500 at 41-37, good for second in the (still unstably named) Triple-A West East 3.5 games behind the Skeeters and now four games ahead of Round Rock.

With the loss, the Dodgers take an 8-10 lead in the “Red Dirt Rumble” with 12 games remaining, all at Bricktown.

Both teams take a day off Wednesday. Round Rock open a six-game series against the aforementioned first-place Sugar Land Skeeters (Houston Astros affiliate) on Thursday August 5th. Recent callup Yerry Rodriguez (0-0,–) gets his chance to jump right into the fire as he’ll be slated for the start. The most over-worked pitcher in baseball history, TBA, will get the call for Sugar Land.