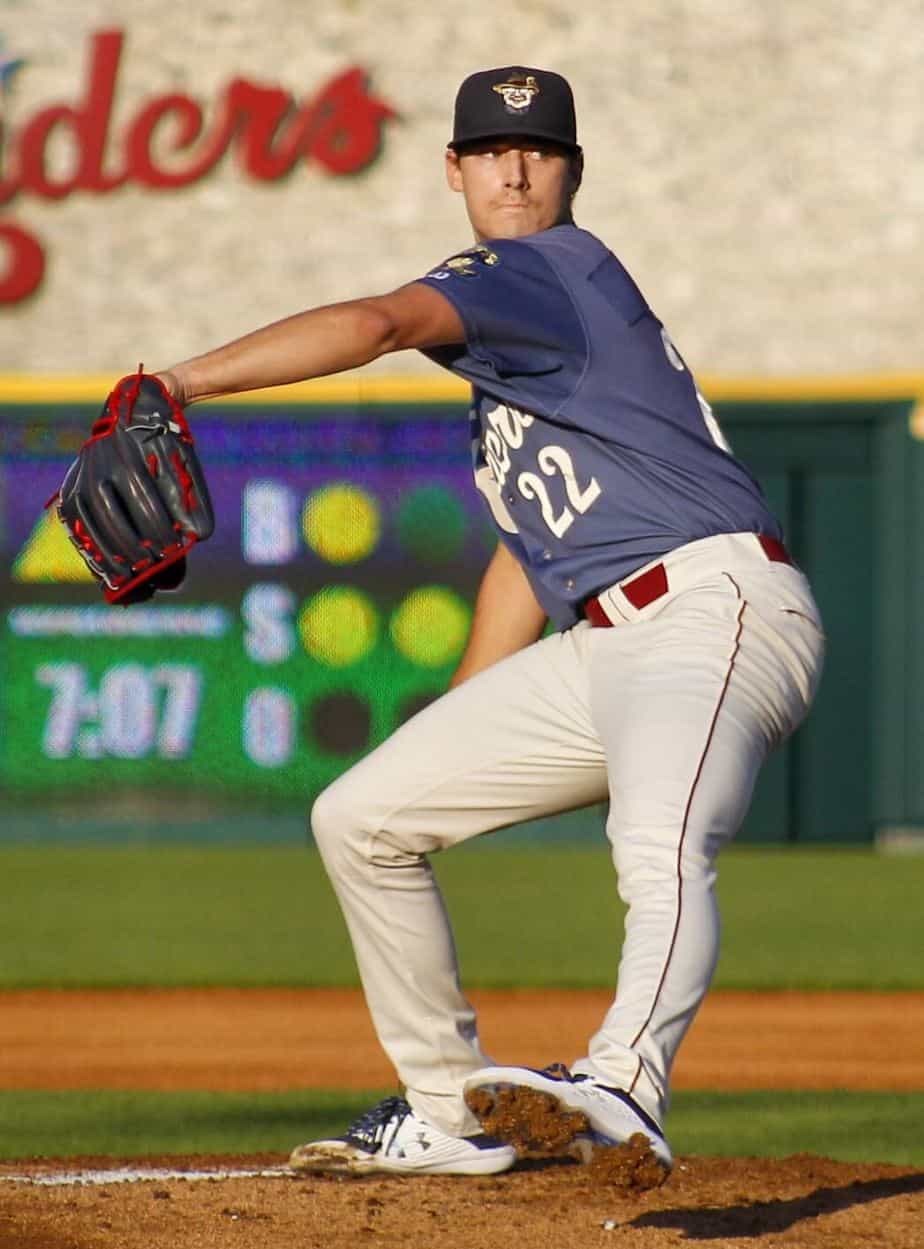 This was an exciting night pitching wise for the Rangers farm system. It was an off-night for the Triple-A club, the Round Rock Express. The Low-A game was postponed by weather. But both High-A and Double-A saw some fantastic pitching. Cole Winn and Cole Ragans both missed bats.

Cole Winn made his fifth start for the RoughRiders. He issued a walk in the first inning but didn’t allow a hit until the 3rd inning. That hit ended his hitless streak at 8 innings.

He got into trouble in the top of the 3rd with a runner on 1st and 3rd with only one out but he was able to escape the jam unscathed.

Tepid pointed out the Winn had broken at least four bats.

Winn fanned seven Sod Poodles in his six innings and five of them struck out swinging with no contact.

Stephen Villines earned his first save of the season.

Winn picked up his 2nd win of the season. The Riders record in his starts is now 2-3. Prior to this start the line-up has averaged 2.3 runs of support in his starts.

The RoughRiders move to 16-9 after their fifth shutout of the season.

The Hickory Crawdads didn’t get the win but let’s not let that distract us from Ragans (3.68) performance. He pitched six innings and only allowed one run on a home run and struck out eleven batters. ELEVEN for those of you in the back.

Seven out of the eleven strikeouts were from swings and misses. Two were on foul tips and the others were called strikes.

The Crawdads lost 4-3 on a walk-off in the bottom of the 9th.

Not a bad night for the Cole’s.

Round Rock makes history with sixth win in a row